I live in a land far far away. It’s true. New Zealand is downunder from pretty much everywhere in the world and maybe because of this, and with our colonial roots, travel is a big part of many kiwi’s life experience. I’m no exception. I have seen a whole lot of the world, and one of my favorite places is South East Asia, especially Thailand.

I’ve been to Thailand many times, on my own, with my husband and recently with my two young boys. There are amazing Buddhist temples, incredible wildlife, spectacular beaches and islands, and in its modern cities, bustling life and incredible food. In the bigger temples, gold fairly drips off the edges of buildings and statues, and even in the tiniest of local shrines, people scrimp and save to plaster gold leaf on their chosen deity. 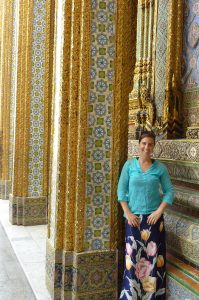 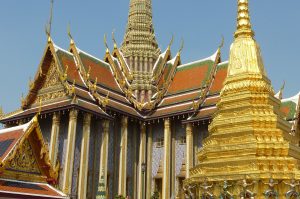 I was fortunate to have an extended visit with my husband and travel by motorbike up the eastern coast discovering places I’d never seen mentioned in a guide book but it did mean we were treated to local delicacies as well. Have to say though, there is no chance I was ever going to eat barbequed bugs, no matter what the cackling woman behind the stall had to say about them. 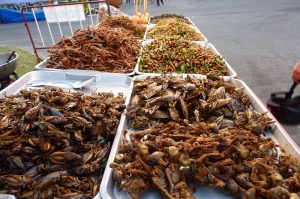 With the freedom to travel where and when we chose, we found hidden temples with golden statues where we’d least expect, monkey temples perched high above the rest of the world, festivals with stuffed toys so big we’d never have gotten them on the back of our motorbike, and were teased and danced with and entertained into some very late nights. 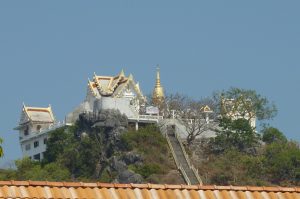 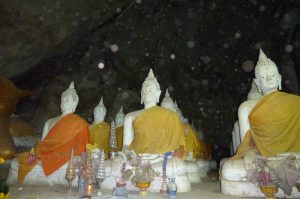 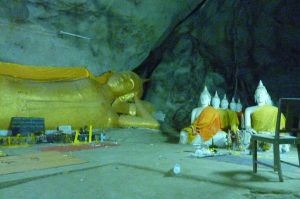 We also got to sleep in a real live tree house in the middle of one of Thailand’s inland jungles. And learned pretty quickly where they caught the giant bugs we’d been served up earlier. 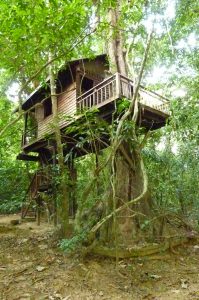 But while Thailand might be a wondrous kingdom on land, it’s even better under water. We lived for five days on a boat and went scuba diving in some crazy remote areas. And when the turtles turned up to play, it gave me the grins for a week. 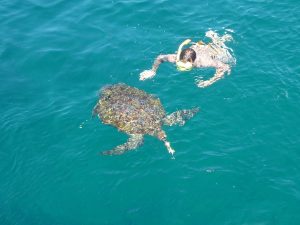 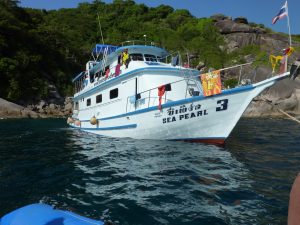 As with everything, there is plenty to discover when travelling different countries. Thai politics has been the feature of international news in recent years, and there is still some unrest as they move into an era with a new king, but the people of these island truly live up to their reputation as a “land of smiles”. There is much I’ve learnt from their generosity of spirit and I’ve been lucky to be able to draw inspiration from my travelling to incorporate into my writing. Hope you enjoy! 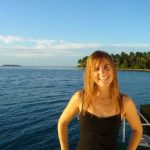 Being a writer was not what Michele was supposed to be when she ‘grew up’. But then neither was being a dancer! It’s no wonder a little sparkle of the stage is often in her work. Creating new worlds for her characters is a now highlight of her daily life. Living in in New Zealand with her husband and two small boys after traveling a plenty, Michele writes from an office where the sound of the tapping keyboard is only rivaled by the whisper of wind in the trees.

Be sure to check out Michele’s new release 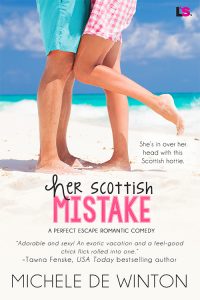 She’s in over her head with this Scottish hottie…

Aspiring blogger Janie Milan is finally on her dream trip to Thailand. But when an unfortunate piña colada incident lands her in the path of a hot Scotsman, Janie finds herself dying to find out what’s under his kilt. Only the frustratingly sexy man isn’t who he’s pretending to be…

After cutting a deal to keep his brother safe, Scottish heartthrob Blaine Galloway is hiding from the press. But his secret identity starts to slip the second he meets small-town blogger, Janie. Now the press is hot on their heels and Blaine’s life is tumbling into a tabloid-sponsored hell. Coincidence? He’s not so sure.