I’ve read many books and watched various movies that spotlight characters who struggle with mental challenges. It might be autism, bi-polar, or any number of disorders that have been identified by the Diagnostic and Statistical Manual of Mental Disorders (DSM-V). I’ve studied these disorders in school, worked with them, and even have personal experience with individuals who struggle with them in my family.

When I wrote Silver Edge, I wanted to pull from my personal experiences to show deeper characterization that didn’t just focus on gifts or challenges of a disorder, but one that showed the character’s internal thoughts, feelings, and how she dealt with life. I wrote, edited, and edited again in order to portray a realistic life of a person who suffered with Sensory Integration disorder. Scarlet, the heroine, is undiagnosed and she has slipped through the foster care system with little understanding of her challenges. In this story, Scarlet learns how to deal with her uniqueness despite all the negativity she’s experienced in her past.

In Silver Edge, Scarlet struggles with photosensitivity, tactile issues, olfactory challenges, and auditory struggles. But for the first time in her life, there is someone who wants to help her overcome her issues. Drake Markham, self-absorbed, womanizing club owner who never met a woman he couldn’t forget is now entangled in a life with Scarlet Bain. She is the first woman he has ever met that made him want more out of life. The first woman that made him believe anything was possible. Only, how can he be with a woman who can’t even be touched?

Instead of trying to explain, let me share a moment from Silver Edge with you that shows their unique relationship. In this scene, Scarlet has the opportunity to explore tactile pleasure for the first time in her life, and Drake enjoys every minute of it. 😉

I crouched by his side to watch him sleep. He looked peaceful lying against his jacket propped on the wall. He’d spent the entire night here? Why?

His slack jaw told me it was safe to move closer, so I lowered to my hip, my legs only an inch from his strong thighs. The world outside had begun to awaken, with its honking horns and shouts, but inside it remained private, safe. Safer than I’d felt in a lifetime, with no eyes staring at me, no words to confuse me, no threat of being touched.

I inched closer. So close, I saw the stubble on his cheeks. I watched him for a moment, looking for any signs of waking. The only indication he even lived was the soft sound of air releasing through his parted lips. Not knowing what possessed me, I lifted my fingers to his chin. Could I touch such rough, sharp hair? What would it feel like against my fingertips?

My pulse did a pounding cadence, but I leaned closer. After a deep breath, I brushed my nails against his growing beard. It tickled slightly, but didn’t hurt. Folding my fingers, I ran my knuckles along his jawline. His mouth closed and I waited for him to stir, but he didn’t.

This felt good, right, but I didn’t know why. I continued my exploration up the other side to his ear. His breathing changed to a shallow exhale. His bottom lip opened a little farther, as if he needed more oxygen, then returned to its original position. The rose-colored flesh of his lips called to me with the promise of the euphoria I’d experienced last night when I’d kissed him. I longed to feel the pressure of his mouth to mine again. Was it a fluke last time? Would I run screaming from the building with the first hint of contact?

If I wanted to know for sure, now was my opportunity. Even if he was awake, something told me he understood and wouldn’t touch me. I needed this, needed to know if I had a chance to tear free of my life swaddled in fear and rejection.

I hovered near his lips. My heart sped and I halted. Two breaths filled my lungs while I waited for my body to calm. The flutter inside my heart continued, but it encouraged instead of warned against my advance.

I brushed my lips to his. A pleasurable hum radiated down my neck, back, arms, and legs. But no gut-twisting pain sent me retreating from him. My mouth relaxed and we melded together like the melody and base line of a song. Such a simple act, kissing, but the myriad of emotions surging through me were complicated, fresh, new. I savored the moment, allowing myself to feel. Feel a connection for the first time in my life.

As you read above, the simplest pleasures we take for granted can be overwhelming to individuals with unique metal challenges. More than that, they have so much to contribute to the world. Scarlet is gifted in music and math, a combination that is essential to saving Drake Markham’s club. To discover how Scarlet learns to love despite her sensory issues, read Silver Edge.

Do you have a family member with neurological differences? Have you ever worked with someone with Autism, ADHD, or Bi-polar? What are some of the gifts you’ve witnessed? 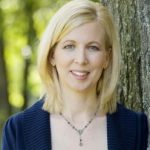 Ciara Knight is a USA Today, Amazon Bestselling, and award winning author who writes ‘A Little Edge and A Lot of Heart’ that spans the heat scales. Her popular sweet romance series, Sweetwater County, takes readers into small town romance full of family trials, friendly competition, and community love. Ciara’s teen books are coming of age stories, set in fantastical worlds, with a little grit. Her bestselling series, The Neumarian Chronicles and Battle for Souls both received four and five star reviews and were nominated for prestigious awards. The sexier side of Ciara enjoys writing stories with alpha heroes pitted against equally challenging, sexy and sensual heroine’s in gritty and dark worlds. Ciara’s high fantasy romance series, The Shrouded Kingdoms released to rave reviews, followed by her sizzling western, Fools Rush. Out of all her projects, she’s most excited to share her New Adult story, Silver Edge. A modern day Cinderella fairytale where A Girl with a Dragon Tattoo meets Mr. Darcy. 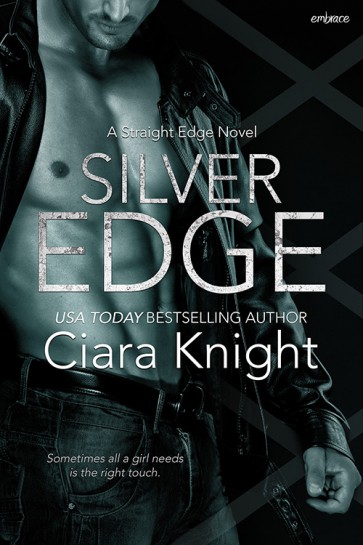 Sometimes all a girl needs is the right touch.

All I’ve ever wanted is to fit in.

But no one can ever see past how weird I am. Bright lights? Can’t stand them. Loud noises? Definitely sends me over the edge. And touching? Forget about it.

At least, until I met Drake.

From the moment I walked into that nightclub, I finally felt like I belonged somewhere. And when Drake touched me, it didn’t send me into a tailspin of sensations that I couldn’t stand. It actually felt…nice. Like something I could get used to. And it doesn’t hurt that he’s probably the hottest guy I’ve ever seen.

But now someone wants to close the club down. And since I promised Drake that I’d help him keep it open, I’m going to have to find a way to tap into whatever that inner strength thing is that everyone always talks about. And fast. But what happens if I can’t?

How to Fall started with a place: a small hostel on the border between Argentina and Brazil, near on…

Happy holidays! All month long meet some of our authors and their best selling books. Robin Bielman …