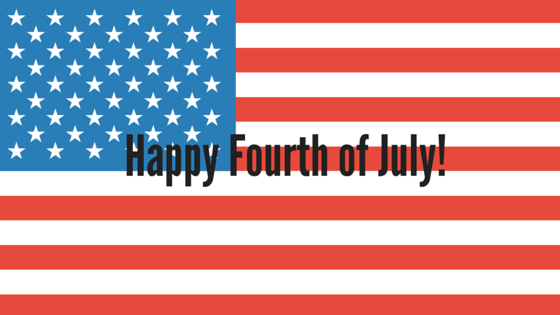 Happy Fourth of July! While barbecues, concerts, and fireworks are all the rage, we’re going to celebrate the adoption of the Declaration of Independence with some book recommendations! Read on for a list of patriotic heroes you won’t be able to resist.

“Can I just say- SA-WOON! I loved [Jagger] from the very first moment I met him in this book. First he sounded hot, funny, and cocky when we first meet him, which I loved. Then he didn’t hesitate to save Paisley’s life when she got into some serious trouble. Double swoon!” -Three Chicks and Their Books

Charlie from Falling For Her Soldier by Ophelia London

“Charlie is adorable. For a big-time player, he’s painfully out of his element when around Ellie, which makes for awkward goofs on his part. It’s incredibly endearing.” -Kanoko, Goodreads review

Justin from Drunk on You by Teri Anne Stanley

“Justin is just so troubled and broken, and yet he could also be absolutely hilarious and charming and sweet. I am so beyond smitten with this character.” -Tangled Up In Books

Finn from Her Summer with the Marine by Susan Meier

“Finn and his family had me laughing and sighing – his banter with his brothers had me laughing out loud and his protectiveness of his mother was so sweet.” -Em and M Books

“John captured my heart…He was protective of those around him, loyal to his family and those in his unit that he classed as family. He endeared me to him with the way he connected and showed his affection for Vanessa and I loved that he stayed to fight for their relationship.” -Lee, Goodreads review

And now, we leave you with song. Just because…

? “We hold these truths to be self-evident, that all men are created equal.”

Paradise 21: the twenty first planet capable of sustaining life.   A lot of people have come up…

Storylines  Oftentimes I’m asked where do I get the ideas for my books. The answer is an easy one. E…