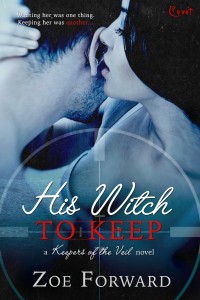 We authors put up funny memes, inspirational posts, and maybe even the occasional funny e-card on social media, but which posts garner a bajillion likes and maybe even a share? Of course it’s when we post our pet doing something silly or distracting us from writing. Hey, I’m guilty. I even dedicate books to my pets. I unabashedly LOVE my pets. We’ve got quite a few rescues…even a rescue fish.

The eldest of our pet menagerie always makes it into my book acknowledgements. She must. Our fourteen year-old Chesapeake Bay Retriever, Misty, is hands down the best dog ever—great with people of all ages especially the little ones, protective at the right moment, and a dedicated couch potato ninety-nine percent of the time (until food hits the floor). Whenever she has a senior moment, even though it makes us giggle, we must acknowledge she’s not immortal. 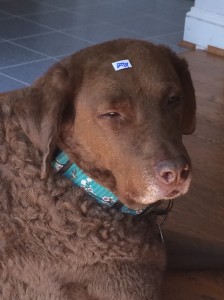 Yet, Misty likes to test her mortality on a regular basis. She’ll eat anything. Seriously, anything. Okay, to be truthful there’s one type of heartworm preventive she won’t touch, which I shall not name. Anyone who’s tried to give those large “chew” tabs to their dog knows exactly what I’m talking about. I have to advise my clients this particular one isn’t very tasty based on the Misty taste test. Oh, yeah, I’m a veterinarian. Forgot to mention that…hence the menagerie of pets. Misty’s kryptonite items are socks and small plastic items. Pooping out a Lego Death Star…you think it’s just a joke people write on signs to hang around their dog’s neck and post on facebook? Misty ate the Death Star! If only I could teach her how to put the darn thing back together. This summer, during the height of editing crazy on His Witch To Keep, we thought she’d finally eaten the one thing that was going to be the end. The I’ll-eat-anything dog quit eating and refused to move. My radiologist laughed when I sent him yet another set of films of her with the suspicion she’d eaten a new non-food item (I do x-rays on her from an ingestion that didn’t go right about every six months), but this time was different. Worse. Whatever was down there wasn’t going through no matter how much IV fluids and drugs I gave. Maybe it wasn’t an object. After doing all we could to avoid surgery and accepting this might be a tumor, not a lodged object, given that this dog had passed some unbelievable items over the years, I took her to surgery. And, removed a monstrous sock. Whew. Solvable problem. No cancer. A few hours post-op she was ready to eat anything again and chewed out her catheter. She’s still eating things, and even taught this annoying habit to our newest rescue Labrador.

Do you have a favorite pet who you adore despite her antics?

Learn more about His Witch to Keep

3 Memorable Moments from the CMA Awards