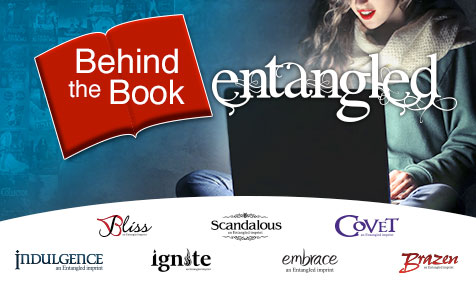 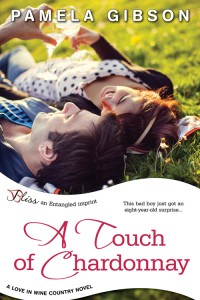 Boring meetings don’t usually result in romance novels, but the idea for A Touch of Chardonnay was born in one.

Instead of paying attention that day, my mind was inside an old Spanish Colonial Revival mansion I’d seen. It was perched on a sandstone cliff and I wondered how long it would be before erosion undermined its foundation and it tumbled into the sea.

What were its stories? Who lived there? Was it part of the holdings of a man who was felled by the old Teapot Dome oil scandal of an earlier century?

Musings like this were not too far from my job at the time. I was a cultural resource manager for a small city in Southern California, helping people with historically or culturally significant buildings find economically viable uses for them, like restaurants or inns.

The building on the cliff was not in my jurisdiction, but it called to me. I’d been inside another structure built by the same man, one with hand-carved ceiling beams, glass doorknobs, and blue tile-work in the bathrooms. That building was a beach clubhouse and it was torn down. No one cared enough to save it.

When I attempted my first draft of A Touch of Chardonnay, I patterned the story around the house that had intrigued me many years earlier. It was my first attempt to write a book and it went through many iterations, many titles, and many different characters as I’d write a bit, put it away, and then write more. When it was finished I set it aside, knowing I would go back and rewrite it again…years later.

I like to think of this book as the one that taught me how to write. It was my contest book and it changed each time great comments were given.

Four other books were written after this one, including A Kiss of Cabernet, published by Entangled last fall. The underlying story in A Touch of Chardonnay never changed, although the characters and their stories did…many times.

I often wonder if the house on the cliff is still there. Maybe someone like Lindsay was able to convince someone like Chris to save it. I hope so. Because houses have a way of turning into homes and like the mansion in my book, they can sometimes work a little magic to bring people together.

I hope you enjoy it.

Find out more about A Touch of Chardonnay

We Love Bookshelves: A Passionate Reader

The latest Entangled Teen cover reveal is My Super Sweet 16th Century, a super fun YA by Rachel Harr…

It’s hard to believe Bliss is turning 2 this month!  We launched our Red-Hot Bliss titl…