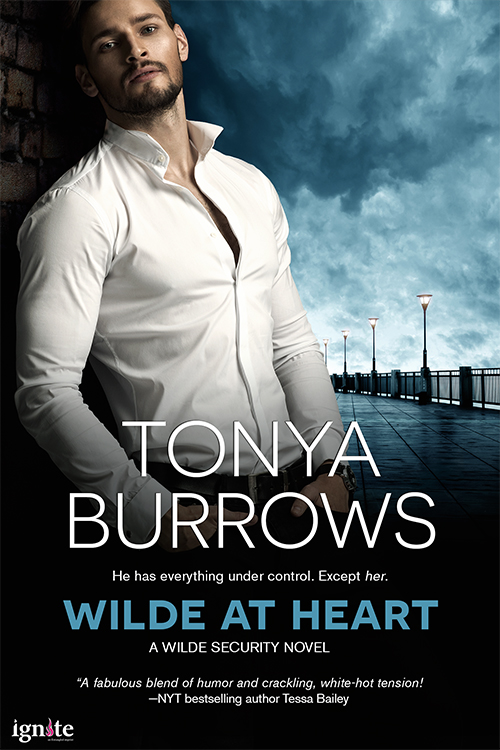 Check out the cover for Tonya Burrows’s upcoming release, Wilde at Heart, and check out the new covers for the first two books in the series!

Reece Wilde put everything in his life on the backburner to protect his brothers and their struggling company, Wilde Security. With a major contract on the line, Reece can’t afford any mistakes…like getting caught in a red-hot, X-rated moment with wild child Shelby Bremer, who’s more trouble than he can handle. Now he’s being blackmailed.

Shelby’s mile-long impulsive streak gets her in more trouble than she’d like to admit. Between her sister’s wedding, her coffee shop set on fire, and getting down and dirty with the groom’s brother, things are definitely coming off the rails. With both their careers and their safety on the line, Reece is determined to keep them both safe…even if it means a Vegas-style shotgun wedding.

But gambling on a wild card—and a wild soul—is risky…and sometimes, it can get a guy killed.

Be sure to grab the countdown widget for your own site! 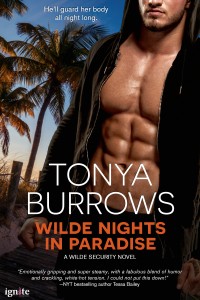 When a stalker’s threats escalate to attempted murder, Jude Wilde is hired to protect assistant district attorney Libby Pruitt, the woman he once loved…and left. They fake a relationship and escape to a safe house in Key West where the heat between them simmers. As Jude begins to chip away at Libby’s resolve to hate him, she thinks a torrid affair is exactly what she needs to get him out of her system. But when her stalker tracks them down, can they escape the steamy Key West night without anyone getting hurt? 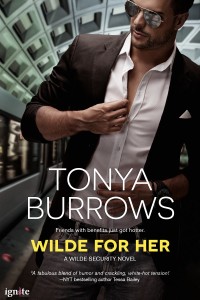 Former homicide detective Camden Wilde has always been in love with his ex-partner, Eva Cardoso. Not that it matters. She’s shoved him into the friend zone long ago. Cam may be sex personified, but he’s the only man Eva can trust. She won’t risk their friendship on the off-chance they could be more. Especially not after the one scintillating night she’s trying—and failing—to forget. But when a case lands Eva on his doorstep, he’ll be damned if he lets the delectable detective ignore what’s between them, no matter the cost.

Behind the Book with Pamela Gibson

The blog tour for The Reluctant Wife by Bronwen Evans starts tomorrow!  Bronwen will be visit…

The Awakening: Liam by Abby Niles is now available! Follow Abby on her blog tour for fun interviews,…