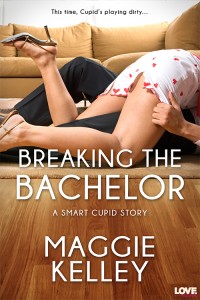 I never set out to be a writer. I dreamed of being an actress, but it’s funny because sometimes pursuing one dream can lead unexpectedly to another, which is exactly how I became a writer.
I’d been working regional theatre for a few years when my husband and I decided to take the plunge and move to Los Angeles. From the moment we arrived, I loved LA. The Santa Ana winds, the Sunset Strip, the surprisingly down-and-dirty Walk of Fame. The sun, the beach, the smog-covered Hollywood sign. I loved it all. And why not? I was living in The City of Angels, auditioning for sitcoms, working on the soaps and hawking The Home Depot on television.
My life was my dream come true.
Until I couldn’t have a baby. Then it got tough. I made changes. Lots of changes. No more coffee, no more wine, no more stressful audition circuit. Dream-altering changes, yes, but when my baby kicked for the first time…well, no other dream can compete.
But my pregnancy was not an easy one. Four months of bed rest spent watching television is not nearly as much fun as it sounds. But with few options, I joined Netflix and started on Grey’s Anatomy. Why choose a medical drama when you’re in the middle of your own? I don’t know. I plead Patrick Dempsey. But the show upped my anxiety level, (bad things happen in that hospital!) so I traded Dempsey for bedtime with Grant and Pullman and Mulroney. On a romantic comedy binge, I felt inspired to write a rom-com of my very own.
Clearly, I’d gone mad.
After my son arrived, well, the idea of writing an actual book took a backseat to a severe case baby brain and a second (surprise!) pregnancy. Where would I find the time? I barely had enough energy to wash my hair. Seriously. Showering was a second-tier priority at this point.
Eventually I got it together, regained some semblance of my brain, found The Ruby Slippered Sisterhood blog and started to learn how to write. Funny, it never occurred to me that writing a character would be different than playing one on TV. Took me a while. I entered contests, met some great writing friends and teachers and finally…as if daring myself…submitted to Heather Howland at a pitch event at Romance University. I was terrified, refreshing that window every ten minutes, okay, every five. But I got a request.
From request to contract to ARC took a while, but I was determined and with the support of some amazing and generous women, not to mention my husband, Breaking the Bachelor can start steaming up Kindles everywhere. Guess it’s true…
One dream really can lead to another…and another.

Find out more about Breaking the Bachelor

Behind the Book with Kathy Lyons ~ Deleted Scene

As a born and raised Texan, I have always had a thing for sexy, southern men. But that doesn’…