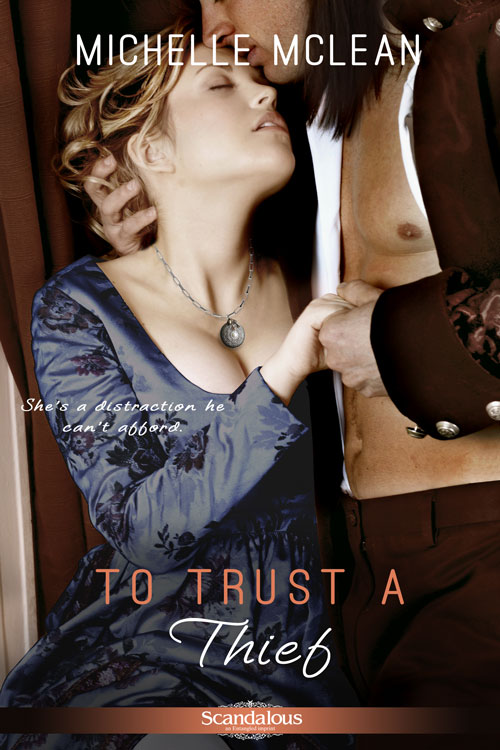 A First Time for Everything

I think there is always something a little extra special about an author’s first book. To Trust a Thief was my first novel and it will always have a special spot in my heart. This book had such a strange evolution. I’m a total history nerd (even got my first degree in history though everyone told me I couldn’t make a career of it) so setting the story in the past wasn’t something I even consciously chose. It’s just what came out when I started writing. But the actual storyline completely changed from its first version. It began as a tale of a girl getting over a heartbreak and finding a new love. Through each rewrite it became less and less of an old love/new love story until it evolved into the “enemies to lovers on a treasure hunt” tale that it is today.

Min, my main character, was always in my head. I wanted someone a little out of the norm for a romance heroine. Curvy, klutzy, a total fish-out-of-water in Victorian society. But still strong, determined, and intelligent enough to get herself out of her own jams most of the time. Her love interest Bryant is a tortured bad boy (and master jewel thief) with a heart of gold who is the perfect rival for her.

I didn’t just want a romance though. I wanted something in the vein of Victoria Holt’s gothic romances, where the couple fell in love in the midst of mystery and danger. I happened to be watching National Treasure one day while stewing on this and thought about how fun it could be to incorporate a treasure hunt into the story. Some treasure that both parties needed desperately, that they’d have to fight against each other to get even while they fell in love. I just love a story where the characters know they can’t trust each other but end up falling in love despite themselves.

To Trust a Thief will always have a very special place in my heart. I’ve completely rewritten it at least half a dozen times. It’s unrecognizable from that first version. But with each revision I loved the characters and the story more and more. It took a long time to find it a home, but the fact that it eventually did makes it even more special to me.

It’s the little book that could.

Michelle grew up in California and has lived everywhere from the deserts of Utah to the tropical beaches of Hawaii to the gorgeous forests of the east coast.  She has a B.S. in History, a M.A. in English, and insatiable love of books.

She is the author of Homework Helpers: Essays and Term Papers, (Career Press Jan. 2011), To Trust a Thief (Entangled Scandalous, Jan. 2013), a historical romance trilogy Blood Blade Sisters (Entangled Scandalous 2012), and a zombie fairy tale retelling Wish Upon a Star (Entangled Ever After Oct., 2013).  In addition to novels and non-fiction work, Michelle writes picture books and a bit of poetry.  She currently resides in Pennsylvania with her husband, two young children, an insanely hyper dog and two very spoiled cats.

Check out an excerpt from To Trust a Thief over on our Facebook Page: 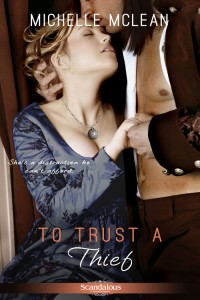 What if the world was ending, and you didn’t make it onto a colony ship? by Aubrie Dionne

At the heart of my new release, The Billionaire’s Unexpected Baby, is a couple prepari…