One fine day I was talking to my amazing editor and publisher, Liz Pelletier about one of the books in my young adult fantasy series, The Hoodoo Apprentice. Somewhere in our discussion she casually mentioned she thought I could write something for Entangled’s Indulgence line. 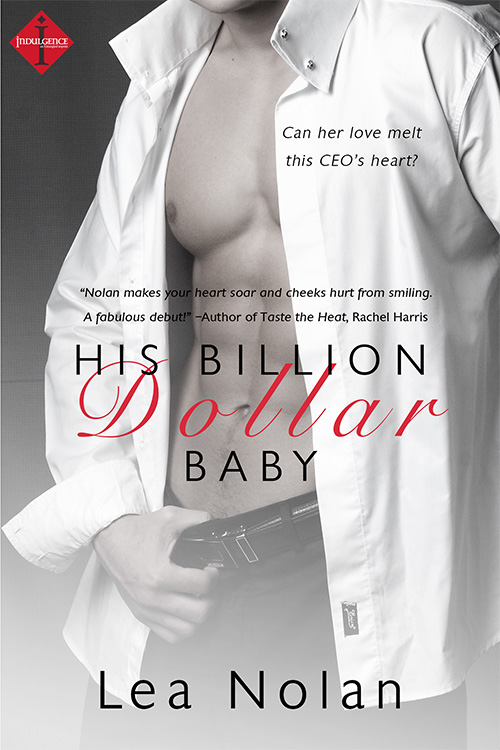 Cue screeching tires sound effect. An Indulgence? But that’s an adult line. With contemporary stories. And…dare I say it, sex.

Until that point, my books had featured intrepid teen heroines facing down supernatural opponents. And though they were filled with romantic teenage angst and longing, their romantic content never tiptoed over the sweet, smoochy line.

Did she really think I could write an Indulgence, filled with grown-up situations, and decidedly adult content?

“Pfft. Of course, you can!” she replied, her words and tone filled with so much confidence and don’t-be-silly self-assurance that I ceased second guessing myself and got to work.

And so His Billion Dollar Baby was born, filled with many of the tropes I loved as a teen when I sneak-read romances I bought at the drug store. Among them, an enemies-to-lovers set-up, a secret baby, mistaken identity, a powerful and super sexy-CEO, and a damsel in distress. And of course, sexy times.

Writing this book brought back so many memories—and so much fun—I fell in love with contemporary romance and couldn’t believe I hadn’t written one before. I should have realized writing is writing, and that the most important thing is telling a story well, not necessarily what genre it’s set in. That said, there are some important differences I learned between writing young adult and contemporary romance, aside from the obvious age of my characters:

POV and Tense Matter: When I write young adult, I generally craft the prose in first person, present tense to give the reader a sense of immediacy and sensation of being in the protagonist’s head. I also typically write from just the heroine’s perspective. Adult contemporary romance conventions generally require a third-person, past tense perspective that alternates between the heroine and heroine. It took some practice getting this down, but once I had it, it was exciting to know my hero so intimately, and see him for who he really is, not just who my heroine thinks he is.

All the Feels, Just Not Supersized: In young adult stories, the protagonist experiences Every. Single. Thing. Teens live in high dramatic style; their ups are stratospheric, while their lows are soul-crushing and misery-inducing. A stolen glance at a crush thrusts the pulse into overdrive; a zit on prom night is a sign of the apocalypse. In contemporary romance? Not so much. Adult characters tend to take life’s everyday adventures in stride. Don’t get me wrong, there are still plenty of reasons for an adult heroine to shove her spoon into a pint of Ben and Jerry’s Heartbreak Hotel (which I just made up, featuring red velvet ice cream, crushed Valentine Sweethearts candy, and the tears of angels). But those occasional breakdowns are exactly proportional to the size of the hero’s gigantic screw up. And, since there’s always the promise of a happy ending, we know said hero will correct his erroneous ways and they’ll kiss (and likely do much more) and make up.

The heroine’s/hero’s journey isn’t a coming of age: In a contemporary romance, the characters are adults who’ve already come of age. The joy is watching them grow as individuals now that they’ve found their perfect match. Unlike in a young adult story, they don’t need to figure out who they are in relation to the world in which they live, or decide who they want to be when they grow up. They’ve already grown up. Now, they’ve got to decide whether to embrace the love that’s waiting for them.

It’s All About the Romance: In contemporary romance, especially a category length novel, the focus is on the hero and heroine and how you bring them together/break them up/get them back together again. Every plot point (or the vast majority of them) must drive the romantic arc forward. Subplots are still important, but not necessarily as present as in other genres. This was tougher for me because I’m a plotty writer by nature. Rather than build a bigger story around Gwen and Carter, I learned to rein it in and keep it all-romance-all-the-time.

Smexy Times. Obviously, contemporary romance stories have much more latitude in this department than most young adult books. In YA, often the bulk of a romance is the lead up and awkward first steps to a relationship—the sideways glimpses of a crush in study hall, the brush of a hand when exchanging textbooks, or a mind-melting first kiss while wondering if your breath smells like tacos. It’s largely about first times, and the decisions that lead up to taking them. Sure, there are plenty of YA books that deal with sex, and sometimes even describe it, but for the most part, these books deal with the build up to that event, and the act itself generally isn’t intended to thrill the reader quite like an adult romance does. In contrast, adult romances toss a lot of that out the window. Adult contemporary romance characters have often already crossed that first-time threshold so there’s none of that “should I?” angsting. Instead, they’re free to act as adults and do exactly what they want. In this book, Carter and Gwen do just that. And let me tell you, as the writer, I particularly enjoyed giving them that freedom.

About His Billion Dollar Baby:

Burned by love and grieving over his brother’s death, sexy billionaire CEO Carter Anderson wants nothing more than to protect his family. So when beautiful and unassuming physical therapist Gwen Radley shows up at the funeral, pregnant with his brother’s baby, Carter’s certain she wants an interest in the Anderson empire—and both his suspicion and attraction grow when circumstances force Gwen to move into his family’s mansion.

An orphan, Gwen’s never wanted anything more than a family, and she finds in the Andersons a place she and her baby might belong. When Gwen’s therapy expertise leads to long hours of intense, late-night collaboration on a lucrative project, the attraction between her and Carter leads to a night of white-hot passion. But Carter’s distrust remains, leading them both to wonder if he will ever embrace his brother’s baby—or the love that’s blooming between them.

Lea Nolan writes smart, witty contemporary stories for adults filled with head-swooning, heart-throbbing, sweep-you-off your feet romance. She also pens books for young adults featuring bright heroines, crazy-hot heroes, diabolical plot twists, plus a dose of magic, a draft of romance, and a sprinkle of history. Her books, Conjure and Allure, the first two installments in The Hoodoo Apprentice series are available now from Entangled Teen.

Born and raised on Long Island, New York, she loves the water far too much to live inland. With her heroically supportive husband and three clever children, she resides in Maryland where she scarfs down crab cakes whenever she gets the chance.

Behind the Book with Susan Meier and the Billionaire Matchmaker Bundle

Paranormal romance has long been a genre grounded in heavy world-building and dark, tortured heroes.…

Please help us welcome Paige Cuccaro to Straight Talk today! How do you celebrate when you finish wr…

A big congratulations to Aubrie Dionne!   TUNDRA 37 and her novella, A HERO RISING, release today!! …