The Summer I Became a Nerd Blog Tour 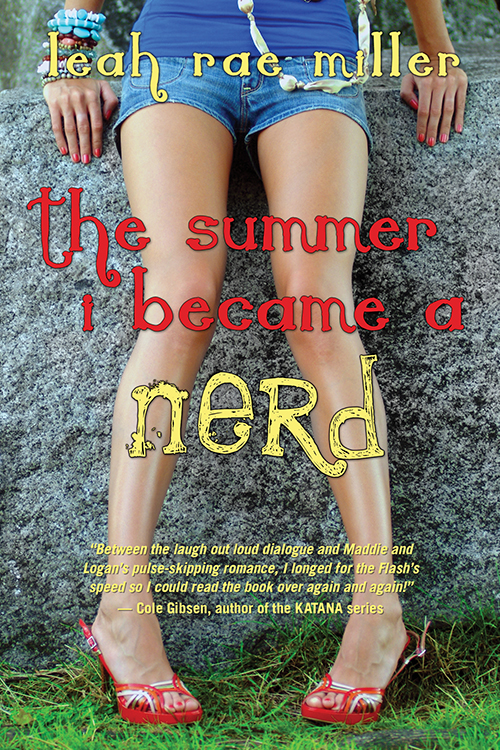 The Summer I Became a Nerd blog tour kicked off at Hypable  and Leah Rae Miller will be touring the blogosphere with interviews, guest posts, and a  giveaway fit for a cheerleader with an adorkable crush!

May 08 – The Flyleaf Review

May 10 – Alice in Readerland

May 12- The Reading Cafe

May 15- Read and Thoughts & The Book Goddess

May 22 – Lost in Literature & Fresh Fiction

On the outside, seventeen-year-old Madelyne Summers looks like your typical blond cheerleader—perky, popular, and dating the star quarterback. But inside, Maddie spends more time agonizing over what will happen in the next issue of her favorite comic book than planning pep rallies with her squad. That she’s a nerd hiding in a popular girl’s body isn’t just unknown, it’s anti-known. And she needs to keep it that way.

Summer is the only time Maddie lets her real self out to play, but when she slips up and the adorkable guy behind the local comic shop’s counter uncovers her secret, she’s busted. Before she can shake a pom-pom, Maddie’s whisked into Logan’s world of comic conventions, live-action role-playing, and first-person-shooter video games. And she loves it. But the more she denies who she really is, the deeper her lies become…and the more she risks losing Logan forever.

2 Replies on The Summer I Became a Nerd Blog Tour

Do you love sweet romance? Did you fall over laughing during My Big Fat Greek Wedding?Then you don…

When I write, a big thing for me is that I absolutely cannot have any lyrics to the mu…

In my books, specifically KNOCKED-UP CINDERELLA and THE SOUND OF US, I o…