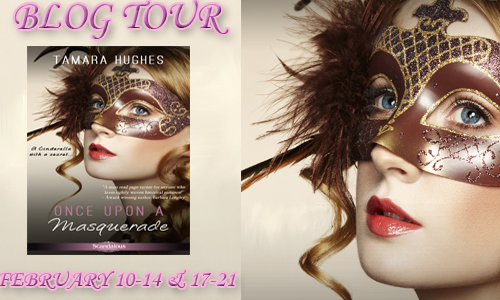 Hey everyone! We are totally stoked to announce the hosts and schedule for Tamara Hughes’s ONCE UPON A MASQUERADE which releases on February 10th!

The tour runs for two weeks – February 10th-14th and 17th-21st – and has two stops per day, and consists of guest posts, interviews, and reviews.

There will also be a tour-wide giveaway for a $25 Amazon Gift Card US Only and 3 eBooks of ONCE UPON A MASQUERADE International. So be sure to stop by to check it out. 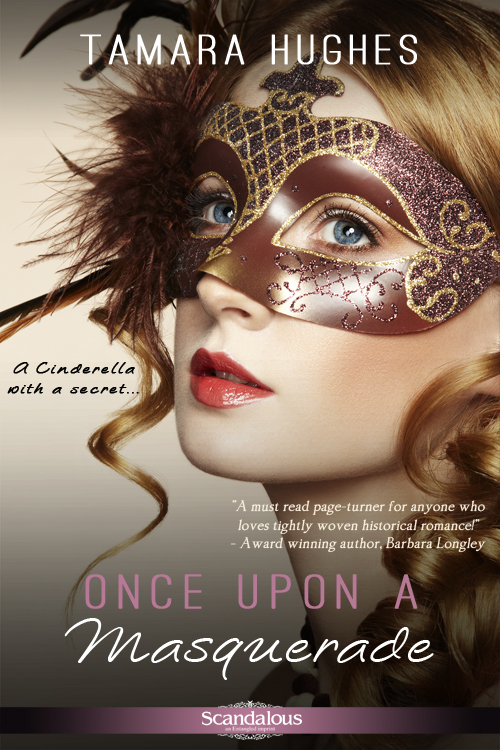 A Prince Charming meets his match…
Self-made shipping magnate Christopher Black first spies Rebecca Bailey at a masquerade ball and is captivated by her refreshing naiveté and sparkling beauty. She’s a stark contrast to the hollow behavior of the ton and the guile of his former fiancée, but the closer he gets to her secrets, the further she pushes him away.

A Cinderella with a secret…
Rebecca is drawn to the charismatic Christopher from the first, but she cannot risk him discovering that she is really a housemaid impersonating an heiress. Her father’s life depends on it.

A Happily Ever After that could never be…
When Christopher’s investigation of the murder of his best friend leads him straight to Rebecca, he fears his ingénue may be a femme fatale in disguise.  Now he must decide if he can trust the woman he’s come to love, or if her secrets will be his downfall.

You’ve met Bliss and Brazen, the little sisters of Indulgence.  One is sweet and one is sexy. …

It’s time for a bit of Straight Talk with Debra Kayn!  When you are getting ready to st…