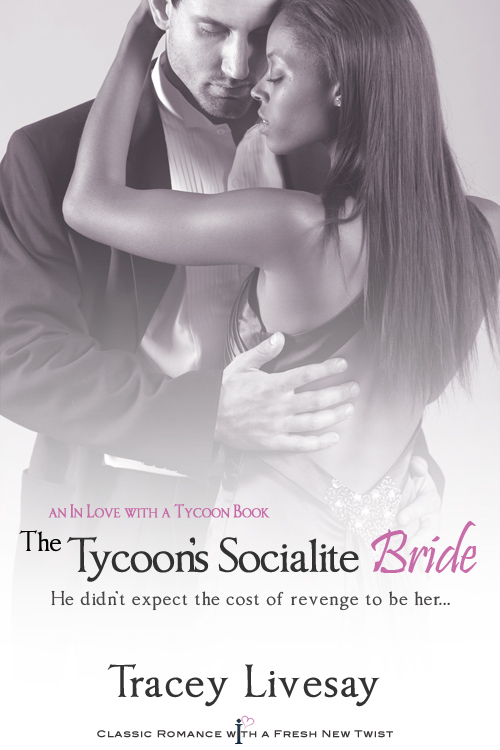 Join debut author Tracey Livesay on her blog tour for interviews, guest blog posts and more as well as the chance to win a $50 gift card to Amazon, B&N or iTunes on her The Tycoon’s Socialite Bride blog tour.

You can also join the discussion about The Tycoon’s Socialite Bride over at Goodreads. 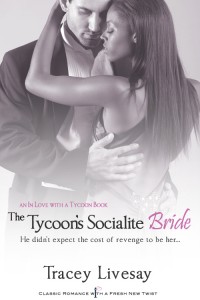 Book featured at I Heart Reading

Interviewed at Review From Here

Interviewed at The Writer’s Life

About The Tycoon’s Socialite Bride

To avenge his mother’s mistreatment at the hands of her upper-crust employer, self-made real estate tycoon Marcus Pearson needs entree into their exclusive world.  When D.C. socialite Pamela Harrington comes to him for help, Marcus realizes the golden admission ticket he’s been seeking has suddenly fallen into his lap.

Pamela will do anything to save her favorite cause, even agree to a marriage of convenience. The altruistic “it-girl” isn’t worried about the pretend passion with Marcus turning real; she’s sworn off powerful, driven men who use her for her family’s connections.

So she’ll deny the way her pulse races with one look from his crystalline blue eyes.  And he’ll ignore the way his body throbs with each kiss from her full lips.  Because there’s no way he’ll lose his blue-collar heart to the blue-blooded beauty. 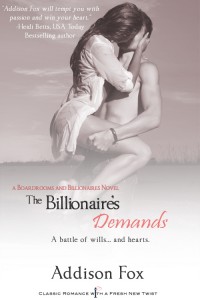 Join Addison Fox on tour and enter to win a $100 gift card!

Guest blogging and Book review at Cindy’s Love of Books

Book reviewed at The Reading Room

Book reviewed at Romance for Every World

Book reviewed at Queen of the Night Reviews

Book featured at I Heart Reading

Interviewed at Review From Here

About The Billionaire’s Demands

Booth Harrison has made a habit of getting what he wants, be it a new addition to the Harrison media empire, or a better relationship with his half-brother.  But meeting his brother’s new sister-in-law, Camryn McBride, poses a new challenge.  The savvy CFO of McBride Media has a brain he wants to pick…and a body he needs to claim.

Camyrn has spent the past few years helping to rebuild her family’s magazine company, focusing on that rather than her disastrous personal life.  But when Booth Harrison invites her to be the keynote speaker at a sales conference in Hawaii, she’s tempted to combine business with pleasure.

But meeting the billionaire’s demands won’t be easy, because someone doesn’t want a merger between them to happen.

ONCE UPON A MASQUERADE Blog Tour

Today we have Straight Talk with Indulgence author Rachel Lyndhurst, author of Kidnapped by the Gree…