Today we are welcoming Cy Hathaway from Last Chance Proposal by Barbara DeLeo.

Profession: Ex-Pro Surfer now owner of a chain of surf stores through the States

Hometown: Auckland, New Zealand, but I spent a lot of my childhood in Rata Cove

Biggest regret: Having to leave Rata Cove 8 years ago for a secret that Ellie didn’t want revealed.

Favorite past-time/hobby: Surfing, sailing, anything at the beach

Biggest phobia: That someone will find out the truth behind my custody plan.

Craziest thing you have done: Come half way across the world to find a girl I haven’t seen for 8 years, and ask her to be my substitute wife.

Mmmmm…must go look up Pavlova if two bowls just isn’t enough.  Thanks for joining us Cy!

And how does Barbara picture Cy?  Take a look: 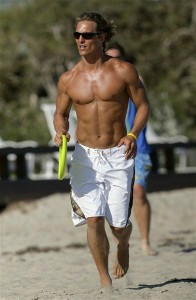 Her eyes were wide and infinite. Only inches away.

“What wouldn’t you be scared of if…you’d changed?” he whispered, his mind spinning.

Her tongue ran across her bottom lip, and then she drew it between her teeth before releasing it. “Not scared of failing people. Not scared that if I didn’t do the right thing, somebody would take the things I love away.” She looked away from him. The meaning beneath her words scrambled in his ears. Did she still love him? God, his brain was so heated he wasn’t sure. Hadn’t she only agreed to marry him to pay him back for the secret he’d kept for her? Leaning closer, his throat closed, but his senses stood to attention and he smothered the warning in his head.

“Would you be scared of what would happen if I kissed you now?” He rasped the words out but instead of leaning into him, she stayed there, inches away, looking directly into his face and sending fingers of heat through him.

He stayed rigid, knowing this shouldn’t happen, that he’d been tempted once before by her and didn’t follow through. One kiss wouldn’t be enough… Looking down at the chestnut waves of her hair, her perfect nose, and the pout of her lips, every cell in his body ached to be nearer. Her amber eyes sparked as he reached out and traced the soft skin of her cheek.

His head told him to stay where he was, not to bend and remove the inch it would take for his lips to touch hers, that this was madness. His body had other ideas.

An explosion of need ripped through him and he claimed her mouth with his own. The pressure of her lips against his was sweetly firm. Her breath whispered softly across his face, her palms pressed against his chest before she pulled back, leaving them both gasping for air.

To read more pick up a copy Last Chane Proposal

A wife he needs. The woman he desires.

Cy Hathaway needs a wife, fast, to win custody of his son, Jonty. He returns home to discover the childhood sweetheart he once left behind has become a vibrant, beautiful woman. Even though wanting to sweep her off her feet wasn’t part of the plan…

For Ellie, Cy’s sudden reappearance awakens a flood of memories—and resentments for the way he’d abandoned her all those years ago. But she has a life now, a career. She can’t simply drop everything and get hitched, even if the sight of him still makes her heart race.

But after Ellie meets his little boy, she can’t refuse. Certain she has a grip on her old feelings for Cy, she agrees to marry her first love until he gains custody. But when did helping out a friend become something with the capacity to hijack her heart?

I always think in terms of savory when I think of tea sandwiches. But sweet sandwiches are a delight…