Celebrate the Launch of the new Ever After and escape the ordinary with us!

We have four fabulous books kicking off our revamped line featuring all paranormal, sci-fi, and horror novellas, all of which have the romances you’ve come to love from Entangled. All you have to do is enter to win using our Rafflecopter entry form below.  Spread the word and make sure you like our Facebook page and follow us on Twitter! 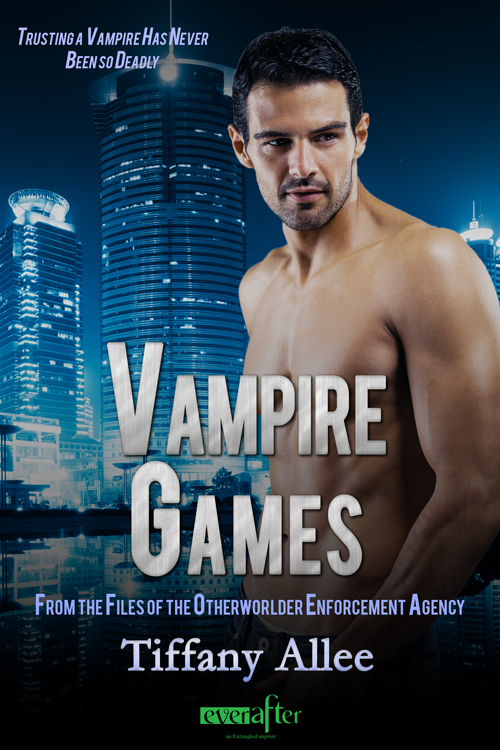 She’s seen the past…

OWEA Agent Beatrice Davis is haunted by the death visions that help her solve crimes. When Detective Claude Desmairis, her vampire ex-lover, asks for her assistance on a case, she’d rather help him than take the mandated leave to stave off her burn-out.

Pressed to solve a series of crimes before the perpetrator blows the vampire world apart, Claude turns to a woman he thought he’d been able to leave behind. But he was wrong, and his feelings for her will only bring trouble in an investigation this dangerous.As their passions reignite, they see a possible future together. Until her visions show her the face of the murderer—a man Claude can never betray. 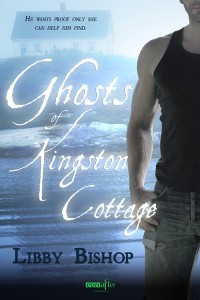 She believes in ghosts.

Medium and paranormal investigator Arabella Pierce is sent with her crew to Kingston Cottage, a haunted Maine seafarer’s cottage on an isolated island, but for this investigation, her boss has stuck them with skeptical reporter Lucas Brown. Though he’s hot as they come, Arabella can’t trust a man whose sole job is to discredit her and the work she does. Not after what happened with the last few skeptics…

He believes in evidence.

But Lucas isn’t as skeptical as he seems—he wants the truth, no matter what that is. When the ghosts appear, he and Arabella must work together—in tight quarters—to convince the resident ghosts to move on before a storm strands the entire crew on the island. If Arabella can put aside her prejudices, she and Lucas just might have a shot at a lifetime. 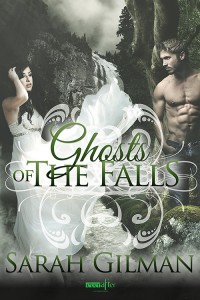 Determined to prove she’s fit for the family business, exorcist Jade Clarence knows the assignment waiting in Maine is her last chance. Born into a family of exorcists, Jade’s unorthodox ideas have gotten her into trouble in the past…and cost the life of a client.

After haunting a Maine state park for more than a century, Dutch Hutchinson will do whatever it takes to bring an end to his unfulfilling existence. When an act of arson brings a beautiful exorcist to town, Dutch takes corporeal form in order to spend his last hours in her company.

Jade quickly uncovers Dutch’s true identity and finds herself falling for the man behind the spirit. But when Jade’s legacy threatens their future, they will have to overcome the greatest of odds—life and death. 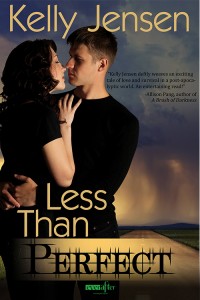 Mikayla’s read every book in her collection of post-apocalyptic novels at least twice. She thinks she’s prepared for aliens taking over Earth. She’s not.

Nor is she prepared for the attention of a good-looking refugee named Reg.

All Mikayla and Reg want is a safe place to see out the end of the world, hidden away from the aliens that call themselves The People, but cities of the depopulated United States not infested with The People are rife with gangs, the detritus of civilization and disease.

On a mission to restock their supplies, Mikayla and Reg are captured by The People and prepared for the procedure that will make them perfect, but no longer quite human. In order to escape, they need to rely on each other…if Mikayla can trust a man who seems too good to be true.

Posted in: Ever After, FeaturedTagged: ever after, Giveaway, kindle fire, Launch
Previous

Bliss Kiss and Tell With Shane From Her Accidental Boyfriend

12 Replies on Introducing the All New Ever After – Celebrate & Win

Let’s talk Parks and Rec. Never has a sit-com about local government bureaucracy sparked so many epi…