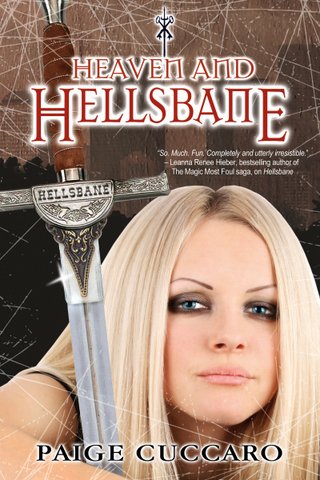 Paige Cucarro will be on tour in Ohio and Pennsylvania through the month of October to promote the latest installment in her Hellsbane series.

For fans of Kim Harrison or Diana Rowland comes a series that capitalizes on the angels and demons craze—about Heaven’s bounty hunter, and the angel who can’t Fall for her … literally. 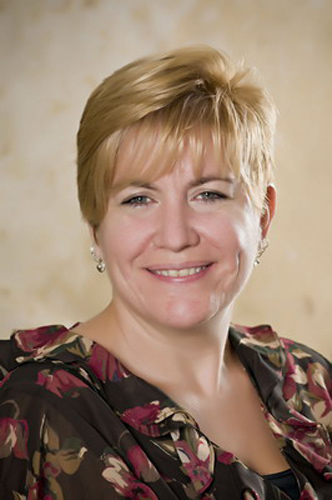 HEAVEN AND HELLSBANE is the second installment in Paige Cucarro’s popular Hellsbane series. The book is about a young woman in her early twenties who has just found out she’s not fully human. The half-angel bounty hunter finds herself embroiled in a forbidden romance with her angelic mentor while she tries to save the world from a cataclysmic, divine smack down.

Angels and demons are popular both with teens and adults graduating out of the paranormal romance craze and Cucarro delivers a believable story to this devoted reader. She drew her inspiration for her Nephilim and fallen angels from the Book of Enoch.  Their back-story often conflicts with what people know from the bible. “Throughout the series I had to keep the differences in mind and try to work out logical reasons that readers could follow and accept why things may not be what they expect,” explains Cucarro.

After the first book we know there’s something about Emma Jane that’s not exactly normal…aside from being half angel. “In this second book that special something comes into play and we find out why she’s not your average Nephilim,” adds Cucarro.  “The romantic factor has really been ramped up in this second book too. But the stakes are high and Emma Jane finds herself walking a very careful line that threatens to put everyone at risk.”

The Hellsbane series is set in Pittsburgh near Washington, Cucarro’s hometown. “Emma Jane, the heroine of the Hellsbane series, is a Pittsburgher through and through. I grew up in a rural town just south of the city. I love Pittsburgh, and setting the Hellsbane series there was an easy choice,” states Cucarro. “There’s so much character and history, so many fantastic locations, and the people are the best you’ll ever want to meet. When I think of Emma Jane, smart, sassy, brave, with a heart of gold, she really is a typical Pittsburgher.”

HEAVEN AND HELLSBANE is available at Barnes and Noble bookstores throughout the United States and at online retailers everywhere. The sexy, stunning conclusion to Paige Cuccaro’s Hellsbane series, HELLSBANE HEREAFTER is set to release in June 2014. Get more information at www.EntangledPublishing.com.

Someone’s killing angels and turning the half human, half angel illorum warriors against their angelic supporters. If the supernatural baddy behind the attacks isn’t stopped soon, Heaven itself could fall victim. The Council of Seven has called in the best they’ve got to find the killers, and no one’s more surprised than Emma Jane Hellsbane when it’s her phone that rings.

But when her own angelic mentor—and off-limits hottie—Eli is targeted, Emma takes it personally. With Emma hot on the trail of the growing army of assassins, though, hackles start to raise around her. Everyone wants to know if she’s in it to protect all angels or just one in particular. The Council has their suspicions…and so does Emma’s boyfriend.

Now Emma isn’t just fighting off demons, rogue nephilim, and Fallen angels, but she’s defending her honor as well. The problem is even Emma Jane isn’t sure of her motives. One thing she does know: if she doesn’t figure out the killers’ identities soon, she may not live long enough to know what, or who, she really wants.

It’s all in a day’s work as Heaven’s ultimate bounty hunter.

Paige Cuccaro lives in Ohio where she spends her days as a wife, mother, avid reader, and obsessed writer. She loves writing everything from laugh-out-loud young adult stories to steamy hot romances with a twist of paranormal. Witches, demons, vampires, werewolves and angels, if they can fall in love, Paige will tell you their story.

Find a few of Paige’s published works at Entangled Publishing, Samhain Publishing, and Berkley Books. You can also find novels from Paige’s risqué side under her pen name, Alison Paige.

Paige is a member of Romance Writers of America, Central Ohio Fiction Writers and the Fantasy, Futuristic and Paranormal RWA chapter.

Praise for the Hellsbane series:

“Don’t miss this one!” – Rosemary Laurey, award-winning author of the Forever Vampires series

In welcoming of Pumpkin Spice Season, aka Fall, aka Killer of Summer, I’m sharing my t…

We’re celebrating all that Small Town Romance has to offer this week with author takeovers, a …

In Operation Cinderella, Macie Graham is strictly a takeout and tequila shot girl. To impress Ross, …