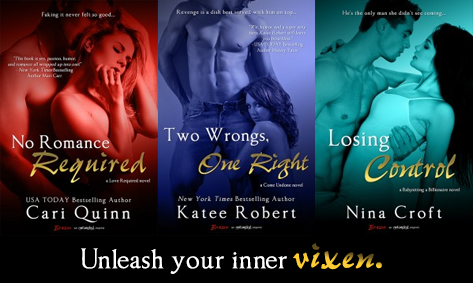 The blog tours for Brazen’s August releases have kicked off! Join authors Katee Robert, Cari Quinn, and Nina Croft as they share interviews, guest posts, excerpts, and kickass giveaways with you guys! You could win some amazing prizes including gift cards, signed copies, a name-the-star-kit, and even an “adult” prize pack – a sex kit for lovers. 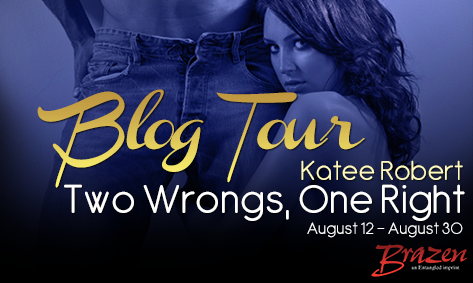 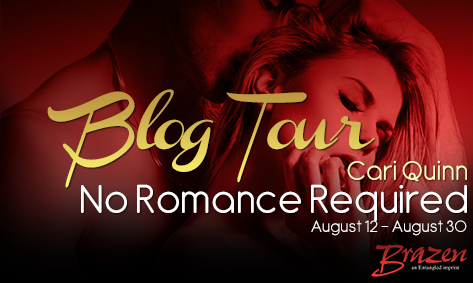 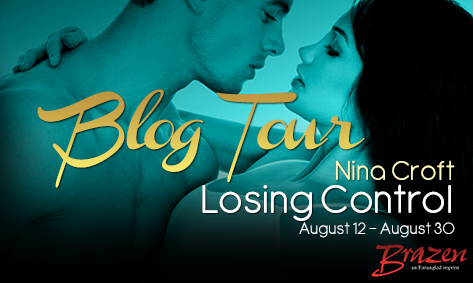 About Two Wrongs, One Right

Revenge is a dish best served with him on top…

Eight years ago, former Army sergeant Nathan Schultz let the love of his life disappear without a fight. After watching everyone around him find happiness while his slipped further away, he’s finally ready to fight for Chelsea Callaghan—and he’s not afraid to play dirty.

Chelsea has always followed her conservative family’s rules–with one heartbreaking exception. When she receives an invitation to an old high school friend’s wedding, she knows who’s to blame. Though she goes solely to give Nathan a piece of her mind, he blackmails her into staying the entire week. With him.

There’s no way she’ll bow to Nathan’s will without making him pay. Unfortunately, revenge is a dish best served fully clothed, and they can’t be in the same room without losing theirs. As insatiable, anger-fueled lust shifts into something more, they begin to lose sight of why they can’t be together. But with so many unforgivable wrongs between them, can Nathan and Chelsea ever make things right?

About No Romance Required

Faking it never felt so good…

Cory Santangelo is used to getting his way, both in the boardroom and the bedroom. Lately he hasn’t had much opportunity to do anything but work, but one unexpectedly sexy night in a gazebo with Victoria, his gorgeous and feisty interior designer, changes all that—especially when they’re caught on camera. Suddenly Cory’s sterling reputation is no longer above reproach. Since his impromptu encounter coincides nicely with his need for a girlfriend to get his well-meaning, meddling parents off his back, he decides to ask his lifelong frenemy for a favor.

To pretend to be his girlfriend for a month. No strings attached.

The only problem? Vicky Townsend wants those strings tied all around her. She’s battled a long-suppressed crush on Cory, and their combative work relationship has only fanned the flames. When he suggests his needs are more than she can handle, she’s ready to up the ante. And her bargaining chip is lots of delicious, inventive sex.
Until they discover nothing feels as good as making it real…

He’s the only man she didn’t see coming…

Four years after escaping her abusive ex-husband, Kim finally believes she’s in control of her life and her emotions and she’s determined to never risk either again with a man. She has a great home, a job as a security specialist which she loves, and Jake for a best friend. But things are a tad lonely in the sex department, so she decides to embark on a no-strings-affair with one of her hot co-workers. And who better to help her remember how to lure a man than her best friend?

Jake has wanted Kim from the moment he first saw her, but four years ago, she was too young and too damaged. So he kept her close and he kept her safe, offering her a job in his security company and the training to feel safe again, and he bided his time. But now, after the long wait, if she imagines he’s going to stand by while she seduces some other guy… Never going to happen.

I have twin four year old grandsons, who I refer to as the ‘twinadoes (we live in Okla…