That’s right, we’re in phase two.  Two books today, and another several on May 27th will complete the launch of COVET, Entangled’s paranormal line.  We’re giving you another look at these contemporary romances, each with a paranormal twist.  Each is just $2.99 for your eReader, so load up!

The two newest books are:

After her ex-husband’s obsession with vampires, Valerie Craig is on a mission to stop transformations. Of all vampires, Kade Rollins is the worst of the worst, but when multiple murders plague Seattle, Val is forced to enlist his aid. Kade’s crude wit and seductive nature attract her like no other, but she can’t ignore his violence toward his human servants, no matter her yearning to forget.
She’s torn when she learns Kade may be behind the murders. Val’s worked hard to protect humans from vampires, but the truth surrounding the murders could ignite a bloody battle between their races, one humans are sure to lose. Someone is pulling strings to build a vampire army and spark the war—setting Kade up to kick it off. But if she trusts the vampire prince, she risks her job, her integrity, and her heart if he betrays her as all the men in her life have. 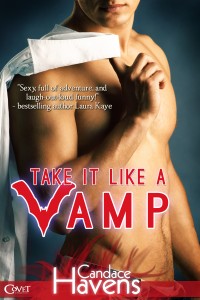 Vampire Nick Christos might’ve been born in the Middle Ages, but the good old days seem tame compared to the last eight years he’s spent ruling the Supernatural Council. His only respite is with his cute neighbor Casey Meyers, a woman he wants more than any undead man should. Sure, he’s forced to take a cold shower after every encounter, but there’s no way he’ll test his own strength by getting too close to a human, and he’s not willing to risk her life–not with bloodthirsty family on the prowl out to ruin Nick’s life.

When said Nick’s kin shows up, the innocent Casey is caught in the middle of a centuries old fight, and Nick’s biggest fear is realized. Now, instead of keeping his hands off his neighbor, he’ll risk everything to save the human he’s come to love.

And if you haven’t had a chance to check out the phase one books, you can see them here:

Gone With The Wolf, Kristin Miller 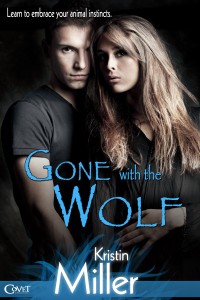 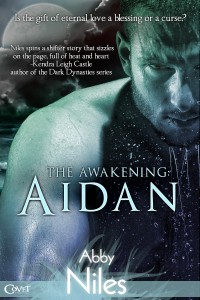 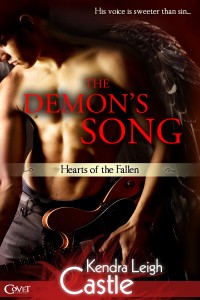 The road to Hell is paved with good intentions. At least, that’s how it seems to Sofia Rivera when her attempt to help a friend ends in a blood-soaked confrontation with creatures that aren’t even supposed to exist. With a group of rogue vampires determined not to leave a single witness to their violence hot on her heels, Sofia finds herself saddled with an immortal bodyguard—Phenex, the fallen Angel of Song.

While the vampire king roots out the corruption threatening to take down his underworld kingdom, Sofia will have to deal with a fallen angel whose dark beauty is often at odds with his ornery nature. Slowly, Sofia and Phenex give in to the strange attraction neither can deny. And as the darkness closes in around them, Phenex begins to wonder whether even the wickedest Fallen might find his own happy ending…and his heart. 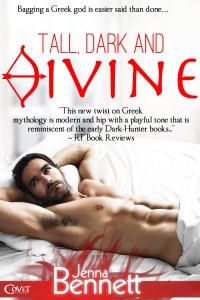 Being the Greek god of love doesn’t mean you believe–or want–anything to do with that sappy emotion. Sure, Eros runs his matchmaking business, Made in Heaven, but finding his own love has never been part of the equation. When he spots the sweet baker who works across the street, he vows to match her with someone else before she stirs his sullen heart.

Annie Landon has given up on finding Mr. Right. What she needs is Mr. Right Here, Right Now, and this so-called “Greek God” she’s heard is on the rebound sounds like the perfect kind of distraction. But picking up the bitter workaholic is easier said than done…especially when he seems unreasonably determined to match her with someone else.

Can a woman looking for love—and the matchmaking god who wants her to find it with someone who isn’t him—have a shot at a happy ending? May the best god—or mortal—win.

Deceiving the Witch Next Door, by Melissa Bourbon Ramirez 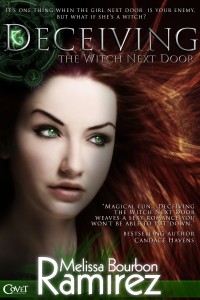 Down-on-her-luck witch Storie Bell never thought the biggest threat to her future would be Reid Malone, the very man she’d run from years before. After striking it rich in Texas shale, he’s back in town, and he seems hell-bent on getting in the way of her bookstore’s grand opening.

Reid knows there’s much more to Storie than meets the eye, but right now he has only one mission: to infiltrate her shop so he can snatch the elusive secret ingredient to his father’s million-dollar moonshine recipe. Once he does, he can go back to the city and get out of his small hometown, a place in which he has no future.

But as the days go by, he can’t help falling for Storie in every way…and every encounter brings him closer to finding out what happens when you try to deceive a witch.

Happy Holidays! My name is Shae Ross and I write New Adult and Historical Romance. My debut novel, &…

Here’s Sara Daniel, ready for some Straight Talk! When you are getting ready to start a new bo…

To Trust A Thief blog tour kicked off on Feb 11th!  Michelle will be visiting blogs with fun intervi…