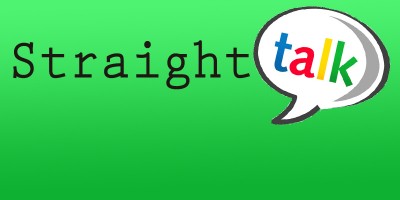 Please welcome Kelly Hunter, one of the authors of When Honey Got Married, for a little bit of Straight Talk! 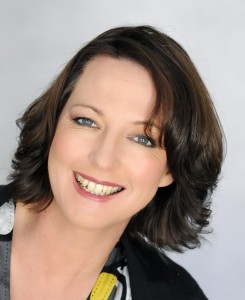 With champagne! There must be bubbles and music and cooking and company. I’m happy to provide the euphoria – great waves of it arrive every time I press send.

I’d happily go anywhere with Stephanie Plum’s Ranger. Or Joe. But wouldn’t it be lovely to dine with Lizzie and Darcy at Pemberley? I’d also say yes to drinks at the restaurant at the end of the universe with Arthur Dent, Ford Prefect and Trillium.

It depends. I usually start with character and hope that by the end of the first chapter I’ll have found a plot to fit. Or I might start with a single scene and see who turns up and whether they interest me.

This one’s easy to answer. Ally Blake, Kimberly Lang Anna Cleary and I had so many overlapping characters in When Honey Got Married… that we put out a casting call before anyone started writing – and cast the lot of them 😉 My heroine, Nina, would be played by Ellen Paige (Juno, Inception). Lord Alexander Carradice would be played by Joseph Morgan (Klaus from the Vampire Diaries). Ally has the best pinterest board ever – showing who would play who in When Honey Got Married…

Far too many! Everything from being a cotton agronomist in Aus to sheep farming in Wales. I’ve been a breakfast cook in Vancouver and did a one year stint in Malaysia growing flesh-eating flies so that they could be sterilized, frozen and then thrown out of aeroplane windows (it was a biological control project). I’ve been a research fellow in the university system, a quality control officer for a veterinary pharmaceutical company and these days  I write romance for a living. Hands down, writing romance is the best job I’ve ever had.

Hehehe.  When Honey Got Married… is set in Bellefleur, Louisiana. Me, I hail from the Great Southern Land (Australia). And I know we all speak English, but it’s not the same cultural language at all, y’all. Fortunately, the incredibly gracious, fun-loving and patient Kimberly Lang IS from the South and agreed to educate the Aussie contingent (me, Ally and Anna) on Southern sensibilities and ways. I’d never collaborated with other authors before. I’d never set a story in the USA before. I was in it for the challenge. I had no idea just how much fun writing Honey would turn out to be.

I can write anywhere, anytime – though I did try to write a sex scene once, while my mother and grandmother made chutney in the kitchen and half a dozen loud and smelly teenage boys decided they would raid the fridge and then start an online gaming marathon right next to me. I managed to keep hold of my laptop, but that sex scene did not get writ.

Note* In order to rid a room of teenage boys just ask your 85yo grandmother to tell you about her first kiss. Because, I swear, those boys had somewhere else to be in under a minute.

I like both. And call me old fashioned, but if I read a story in e that I think is a keeper, I’ll usually buy it in print as well.

A November ’13 Harlequin Kiss called What The Bride Didn’t Know, an Australian set rural novella featuring a fish out of water heroine and a hero who likes to tease,  and I definitely wouldn’t mind returning to Bellefleur, Louisiana for another wedding!

About the Book: When Honey Got Married 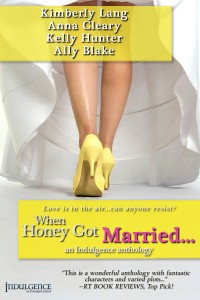 A wedding planner should never mix business and pleasure, but Grace couldn’t resist breaking rule number one for a hot night with her high school crush!

Eve hoped to make one last play for the groom-who-got-away…but instead the down-on-her-romantic-luck actress instead found herself in dark corners with his successful, seductive cousin.

The sister of the bride needed a date of convenience and who better than her hazel-eyed, mysterious co-worker? If only Nina could keep her hands off his perfect body until she learned his true identity…

The groom proposed to her eight years earlier, but it was the steamy kiss that Pippa shared with his brother the night she left town that haunted her memories. Now she’s back and sharing much more than just kisses.

Nothing was going to ruin Honey’s wedding to the man of her dreams.  And she has just the wedding surprise for her beloved groom!

Title: When Honey Got Married (Anthology)

Phase Two of our Covet Launch has Begun!

My new book The Princess Problem takes place in a fictional country, Moncriano. I figured that it wa…

Oooo I’ve been a cereal junkie as long as I can remember. Had it for dinner toni…