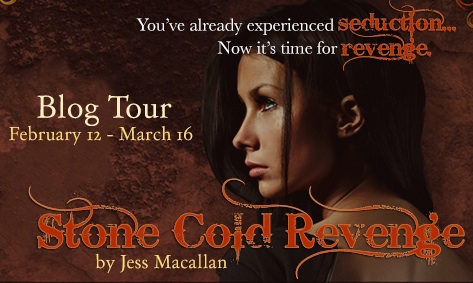 Good things come to those who wait! Stone Cold Revenge, the hotly anticipated follow-up to Jess Macallan’s urban fantasy novel Stone Cold Seduction, is finally here. Catch up with our heroine Elle, daughter of the dangerous Shadow Elf king, as she navigates the perils of love, romance, and her newly manifested powers. Throw in a sexy gargoyle and a phoenix who’s too hot to handle, and you’ll discover a paranormal romance you won’t forget!

Follow Jess on her blog tour for giveaways, interviews, and unique insights into the world of a paranormal writer. You’ve already experienced Seduction…now it’s time for Revenge!

3/7 – Reading Between The Wines

3/8 – Random Musings of a Curious Mind 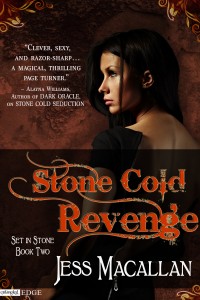 New to the series? Check out Stone Cold Seduction, now with a fresh new look from Entangled Edge!

Set In Stone, Book One 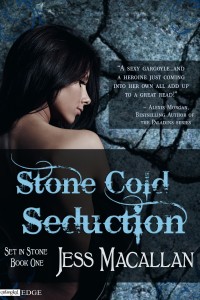 When a regular night of Robin Hoodery results in the manifestation of some, um, unusual paranormal abilities, perfume-maker Elleodora Fredricks realizes the normal world she lives in isn’t quite… normal. And neither is she, thanks to her father, king of the shadow elves. Not only is he evil incarnate and the reason Elle moonlights as a burglar – someone has to take care of all his victims – he’s stolen her memories.

Our lovely Alethea is Editorial Director of the Indulgence imprint.  Classic romance with a fresh ne…

I’m definitely not a morning person. Worse, I’m tortured not only by my alarm, but also my hu…