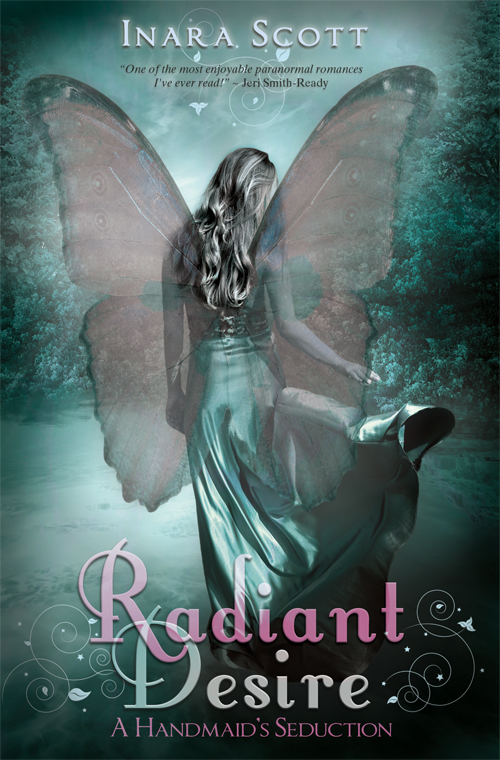 The object of every man’s fantasy just lost her wings…

Kaia Verde is one of the four Faerie Handmaids of Zafira, Queen of the Fey. To redress an ancient wrong done to Zafira by a human king, the Handmaids make sport of mortal men, seducing and humiliating them. When Kaia sets out to seduce Garrett Jameson, but ends up being the one surrendering to pleasure, Zafira is furious. Kaia’s punishment is simple: make Garrett fall in love with her by the summer solstice, then break his heart, or face eternity without her wings—or her soul. To make the task harder, Zafira tells Kaia she cannot use her faerie magic or charm to lure Garrett into her bed.

…and now she’s losing her heart…

Kaia thinks her task will be relatively easy—as a faerie, she understands lust, and can love be much different? But once she is living among the humans, Kaia discovers the race she once disparaged is far more complex and beautiful than she imagined. She learns before she can break Garrett’s heart, she must find a way to heal it. And eventually, discovers that losing her wings may be a far easier price to pay than losing her heart.

Inara is running a contest to celebrate her cover reveal over on her blog. Stop by and comment for a chance to win the book before it’s released!

The Entangled Publishing Advisory Board

We are excited to announce our new partnership with Fancorps! Read on for the details…   …

King Arthur or Lancelot   Welcome to Camelot! One of the most famous love triangl…