Just about everyone on Twitter has seen Stephen King’s corgi. The master of horror… and a corgi. It is a better love story than… well, I don’t know if I should call it a love story, but it is for sure some serious bromance.

That said, I have two dogs. My big black lab was a rescue, but the pug? She was more of a rehome. She refuses to acknowledge that she doesn’t belong on tables. As you can see here, she thinks they were made for pugs. 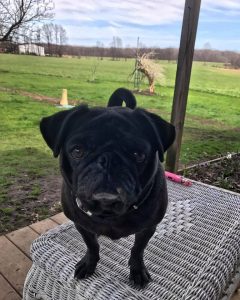 Lemme tell you what… nothing says “write something sexy” like a pug staring at you. Do you have a furry pal who stares at you? Lemme know about them in the comments below, or post them to my facebook with the hashtag #SomeoneWatching and maybe I’ll give one lucky poster a $5 Amazon giftcard! 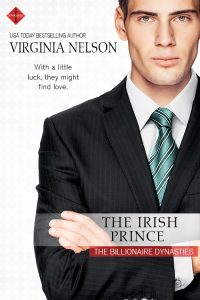 CEO Aiden Kelley’s life of billionaire extravagance is flipped upside down when his ex shows up with a ten-year-old she claims is his. Totally out of his element and losing the control so integral to his success, he needs help. To top it all off, the only constant woman in his life, his executive assistant, has given notice just when he needs her help to survive his newfound fatherhood.

Chelsea Houston is an executive assistant, not a nanny. The only person more clueless about kids is her boss. Helping him on a daddy-daughter road trip is her last task before he’ll accept her two weeks’ notice and she can be free of the infuriating man she’s had a crush on for longer than she’d admit.

Aiden’s carefully ordered life has never been so disorganized, and he’s suddenly tempted by the things he thought he could never have. Things like love and family. Who knew chaos could be so damn fun? 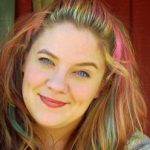 Virginia Nelson likes knights in rusted and dinged up armor, heroes that snarl instead of croon, and heroines who can’t remember to say the right thing even with an author writing their dialogue. Her books are full of snark, sex, and random acts of ineptitude–not always in that order.

I fell in love with all things Halloween when I was really little. My dad bought me a book that was …

Little known Magan Vernon fact: when I was a young, early-twenty-something girl, engaged to m…