I’ve read some phenomenal books in the past couple weeks. Would love to hear in the comments what you have been reading lately. 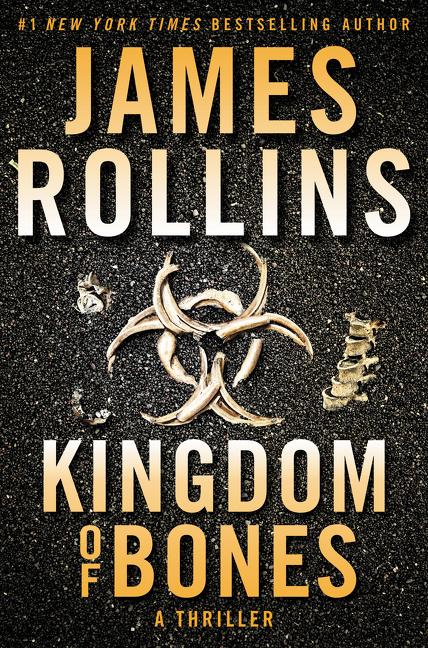 A United Nations relief team in a small village in the Congo makes an alarming discovery. An unknown force is leveling the evolutionary playing field. Men, women, and children have been reduced to a dull, catatonic state. The environment surrounding them—plants and animals—has grown more cunning and predatory, evolving at an exponential pace. The insidious phenomenon is spreading from a cursed site in the jungle — known to locals as the Kingdom of Bones —and sweeping across Africa, threatening the rest of the world.

What has made the biosphere run amok? Is it a natural event? Or more terrifyingly, did someone engineer it?

Commander Gray Pierce and Sigma Force are prepared for the extraordinary and have kept the world safe, vigilance for which they have paid a tragic personal price. Yet, even these brilliant and seasoned scientific warriors do not understand what is behind this frightening development—or know how to stop it. As they race to find answers, the members of Sigma quickly realize they have become the prey.

To head off global catastrophe, Sigma Force must risk their lives to uncover the shattering secret at the heart of the African continent—a truth that will illuminate who we are as a species and where we may be headed . . . sooner than we know.

Mother Nature—red in tooth and claw—is turning against humankind, propelling the entire world into the Kingdom of Bones.

My two cents: James Rollins is one of my go to authors that I honestly don’t even read the synopsis before picking up his latest book. He’s great if you like action, suspense, and mystery stories. I really do recommend the entire Sigma series. 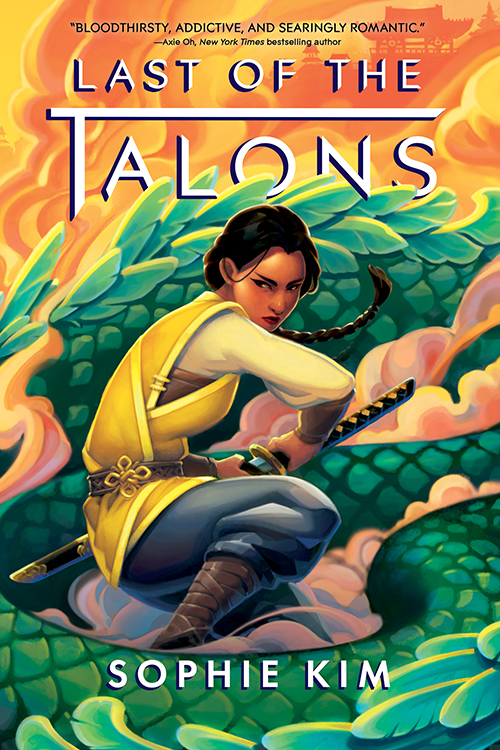 Synopsis: “Last of the Talons is a stunning blend of dark romance and Korean mythology. Sophie Kim writes enemies to lovers with heart-pounding intensity, blurring the line between love and hate. Bloodthirsty, addictive, and searingly romantic.” —Axie Oh, New York Times bestselling author of The Girl Who Fell Beneath the Sea

After the destruction of her entire Talon gang, eighteen-year-old Shin Lina—the Reaper of Sunpo—is forced to become a living, breathing weapon for the kingdom’s most-feared crime lord. All that keeps her from turning on her ruthless master is the life of her beloved little sister hanging in the balance. But the order to steal a priceless tapestry from a Dokkaebi temple incites not only the wrath of a legendary immortal, but the beginning of an unwinnable game…

Suddenly Lina finds herself in the dreamlike realm of the Dokkaebi, her fate in the hands of its cruel and captivating emperor. But she can win her life—if she kills him first.

Now a terrible game of life and death has begun, and even Lina’s swift, precise blade is no match for the magnetic Haneul Rui. Lina will have to use every weapon in her arsenal if she wants to outplay this cunning king and save her sister…all before the final grain of sand leaks out of the hourglass.

Because one way or another, she’ll take Rui’s heart.

Even if it means giving up her own.

My two cents: I love Korean dramas like Bulgasal revolving around Korean mythology so when I heard this was a book based on Korean mythology I had to read it. Honestly probably one of my favorite reads of the year! Definitely can’t wait for the next one! 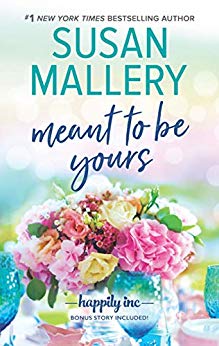 Synopsis: In Happily Inc, love means never having to say “I do”…

Wedding coordinator Renee Grothen isn’t meant for marriage. Those who can, do. Those who can’t, plan. But she never could have planned on gorgeous, talented thriller writer Jasper Dembenski proposing—a fling, that is. Fun without a future. And the attraction between them is too strong for Renee to resist. Now she can have her no-wedding cake…and eat it, too.

After years in the military, Jasper is convinced he’s too damaged for relationships. So a flirtation—and more—with fiery, determined Renee is way too good to pass up…until his flame becomes his muse.

Renee is an expert at averting every crisis. But is she finally ready to leap into the one thing that can never be controlled: love?

My two cents: This was a re-read for me because often times after reading a book that blows me away like Last of the Talons did, I need to go back to an old favorite otherwise any other new read tends to pale in comparison. lol. Susan Mallery never fails to please with her Fool’s Gold and Happily Inc books. 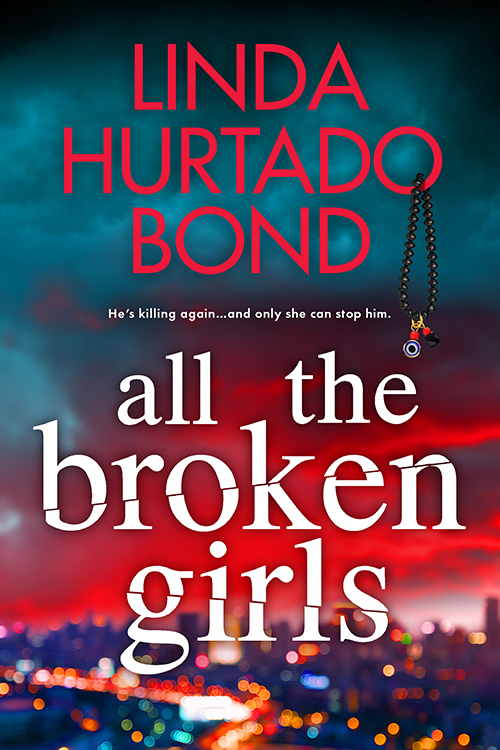 Synopsis: When one falls

Crime reporter Mari Alvarez was never able to solve her mother’s murder ten years ago. But when a woman is gunned down on the doorstep of her West Tampa neighborhood, Mari can’t shake the eerie sense of connection.

The others will break

Now there have been two murders in two days. Each crime scene awash with arcane clues—and without a trace of DNA from the killer. And for each victim, a doll. The first is missing an eye. The second is missing a heart. But are these clues leading to the killer…or messages for Mari?

Unless she plays the game…

Caught up in a maelstrom of Old-World superstition, secrets, and ties to her own past, Mari has only one option. Put the puzzle together before someone else dies—even if it destroys her career. But there’s no escaping the hungry spider’s web when it’s been made just for you…

My two cents: I love mystery/thriller reads but Douglas Preston’s and Lincoln Child’s latest, Diablo Mesa, finished a bit awkwardly to me so I didn’t quite get my thriller fix. All the Broken Girls definitely fixed that! I couldn’t put this one down! The mystery was well played and the writing was totally engaging.

Like I mentioned above I need a reset after reading an amazing book so I decided to try something totally different this time. XOXO by Axie Oh sounds cute and I love my K-pop stories so this sounded right up my alley. 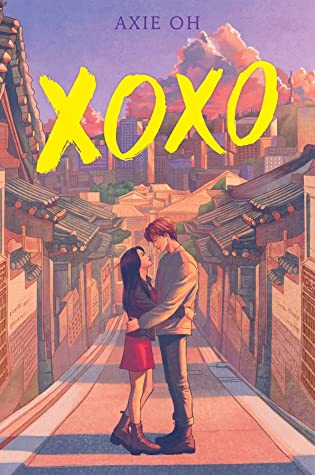 Cello prodigy Jenny has one goal: to get into a prestigious music conservatory. When she meets mysterious, handsome Jaewoo in her uncle’s Los Angeles karaoke bar, it’s clear he’s the kind of boy who would uproot her careful plans. But in a moment of spontaneity, she allows him to pull her out of her comfort zone for one unforgettable night of adventure…before he disappears without a word.

Three months later, when Jenny and her mother arrive in South Korea to take care of her ailing grandmother, she’s shocked to discover that Jaewoo is a student at the same elite arts academy where she’s enrolled for the semester. And he’s not just any student. He’s a member of one of the biggest K-pop bands in the world—and he’s strictly forbidden from dating.

When a relationship means throwing Jenny’s life off the path she’s spent years mapping out, she’ll have to decide once and for all just how much she’s willing to risk for love.

Fandoms - BTS...So Much More Than a K-pop Group

Fandoms: Who is the BTS ARMY to me?

“My name is Beatrice. When I was born, I was blessed with the Sight. I was immediately removed…