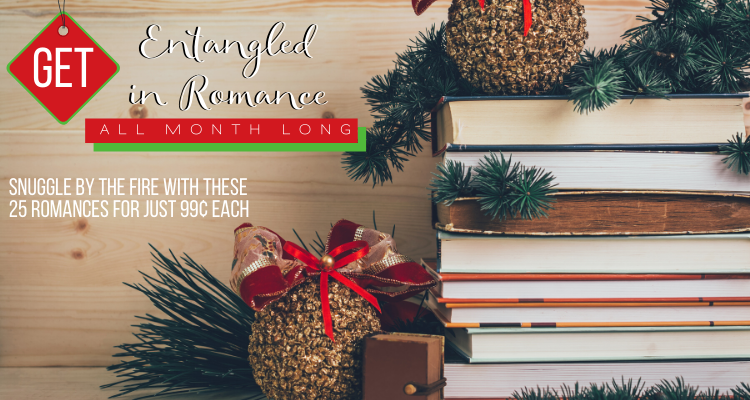 Today we’re getting to know Traci Douglass and her hero and heroine from How to Seduce a Bad Boy!

A little about Traci Douglass…

Favorite Holiday Song: It’s a tie between Oh Holy Night (by Josh Groban) and Have Yourself a Merry Little Christmas (by Judy Garland)

Definitely a “wait until after Thanksgiving” gal. My tradition is to decorate the day after Turkey Day.

Nah. I’m a bargain hunter. I do go in with a list, but I’ll wait to find the best prices on things before I buy. I also do most of my shopping online now whenever possible to avoid the crowds.

Book Title: How to Seduce A Bad Boy

A new leather jacket to wear while riding his Harley. Practical and keeps up that sexy bad boy vibe.

Over the island in Mel’s kitchen. It’s where she first asked him about helping her with her makeover and where they spend the most time together now that they’re planning their wedding.

Excerpt from How to Seduce a Bad Boy

Adam glanced at the speedometer and realized he was going well over the speed limit. He eased up on the accelerator. They’d left that store an hour ago, and he was still thinking about the way Mel’s butt looked in those jeans—even though her nonstop chatter from the passenger side of the vehicle should’ve doused his lust like a fire extinguisher on the ride home. He sighed and shifted in his seat, staring at the endless farm fields surrounding them once more. When he dropped her off at her place, he should get on his bike and go, forget about that promised beer she owed him. Because accepting it meant being alone with Mel again. In her house. In her kitchen.

And yeah, Adam liked to live on the edge as much as the next hellion, but this was insane. His throat dried as the miles flew past, and by the time the Welcome to Point Beacon sign showed in his headlights, Adam felt as parched as the deserts of Kandahar. He pulled into Mel’s driveway a few minutes later and jammed the transmission into park with a bit more force than necessary.

She got out and walked around to the trunk. He followed, his Harley mocking him from the side of her driveway where he’d parked it this morning. For a crazy second, he considered making a break for it and hurtling home on the bike at breakneck speed, but that idea was soon nixed as Mel handed him bag after bag from her shopping spree.

The sun had set about a half an hour prior, and the last lingering streaks of violet were fading in the indigo sky. A warm breeze stirred, but it did little to cool Adam’s stress. The weight of all the stuff in his hands also did little to distract him from the sway of Mel’s hips as she walked in front of him toward the door. Man, she’d worn those jeans home.

She stopped on the porch and smiled at him over her shoulder. “Excuse the mess, please.”

“Sure.” She’d mentioned that the first time he’d been over, too, but the place was neat as a pin, far as he could see. Compared to his home, it looked like the frigging Taj Mahal. She opened the door, putting out a foot to keep that fluffy cat of hers inside.

They walked into the living room, and he put the bags on the sofa, per her direction, then glanced over at the coffee table, where a copy of some Cosmo sex guide sat, several tabs marking the pages. His temperature went up several more degrees. He’d known she was serious about finding someone, but that took things to a whole new level.

“How about the beer I owe you?” Mel called from the kitchen.

“Uh, actually I should probably go,” he called, rushing away from the book like his butt was on fire.”

“Oh.” She’d already pulled two Bud Lights from her fridge and twisted off the caps. He stood, torn. It would be a waste now not to at least take a sip or two, right? She passed him a bottle, then drank hers, nose wrinkled. He chuckled.

“Not really.” He wondered why she’d bought these then, but feared he already knew the answer. She tossed the caps in the recycle bin. “Wine’s more my thing.”

Adam nodded, sitting on the edge of a stool at the island. “Lilly and Dom seem pretty solid.”

“Yeah. They’ve been together a whole month. New record, I think.” Mel set her barely-touched beer on the island and leaned against the edge of the granite top. “She’s lucky.”

Her voice went soft when she said that, as did her eyes. Something pulled taut inside Adam, sending a pang of yearning deep into his chest.

He gulped more beer to cover it.

She moved in closer beside him, close enough he could smell her cherry scent and shampoo again. Close enough that if he reached out, he could pull Mel between “his legs, draw her head closer for the kiss he’d been dying to give her all day. The side of her breast brushed his arm, and Adam nearly choked on his tongue.

Mel tilted her head and squinted at him. “Are you okay? You got awfully quiet.”

“Lots on my mind. Garage stuff.” He lied through his teeth. “I really should go.”

He rose and stepped gingerly around her, careful not to make any more bodily contact.

“Guess I’ll see you next time,” she said, one eyebrow raised. “You’ll call me, right?”

“Right.” He made a beeline for the front door. Somewhere between the clothes and the shoes and the lunch and the lust that afternoon, he’d agreed to take her out to one of the clubs he and the guys frequented in Indy. Why? He couldn’t say, but he blamed the pheromone-fueled fog in his brain that worsened whenever Mel was around.

He’d almost reached the front door and freedom when that cat of hers crossed his path, twining about his ankles and nearly tripping him. Adam caught himself against the wall and did his best to disentangle himself from the frisky feline.

Mel bent and picked up her cat, kissing its head, then cuddling it under her chin.

“I’ll call you, I promise,” he said, one hand on the doorknob.

“I’ll be waiting. As usual.” She sounded so forlorn, his heart caved.

Unable to stop himself, Adam slipped his fingers beneath Mel’s chin, forcing her to meet his gaze. She inhaled at his touch, drawing his attention to the rise and fall of her chest in that slinky blue top. Before he could rethink his actions, Adam leaned in and brushed his lips over hers, so lightly they were hardly there at all. Mel’s mouth moved beneath his, sweet and soft, just like he imagined, and he drew back before he couldn’t any more.

“Talk to you soon,” Adam said, then rushed out into the warm summer night.”

Be sure to pick up How to Seduce a Bad Boy on sale for 99¢ for a limited time only!

Melody Bryant has heard it all before. Sure, she’s the epitome of the stereotype for a librarian. Loves order. Loves rules and deadlines. Loves books. But what she doesn’t love is still being a virgin at twenty-four. Unfortunately, the only guy she’s ever been interested in turned her down flat. And then left town. Eight. Years. Ago. Ugh.

Now her birthday is fast approaching and she just can’t take it any longer. She’s finding a guy before her birthday in five weeks or she’s adopting two more cats and fully embracing becoming “the crazy cat lady.”

But when her latest date ends in epic failure–everyone thinks of her as the “proper librarian,” she realizes what she needs is to ruin her reputation. And she knows the perfect guy to help her: the baddest bad boy in town. This Army vet won’t know what hit him…

Entangled in Romance: The Best Friend Problem by Mariah Ankenman

We’re so excited for our new release, Rising Assets! It deals with something we all dread and …