When I travel, my plans always revolve around food. I decide where I want to eat and then organize activities in that area. I’ve been known to not only plan breakfast, lunch and dinner, but also morning and afternoon snacks. Hey, so much food, so little time!

That is especially true in New York City. Before heading to NYC, I always research new food crazes and celebrity chef restaurants. And I usually save time (and room in my stomach) for old favorites.

One place I always stop is La Maison du Chocolat. Although there are numerous locations around the world, the only shops in the United States are in New York. I did have the pleasure, though, of stopping at the shop in Paris a few years ago! Besides leaving with a box of chocolates, I fill up on chocolate cakes and chocolate drinks. It is the perfect afternoon snack!

In Some Like It Spicy, Chef Ashton Grey travels to New York City to be a contestant on the reality show The Next Celebrity Chef. Ashton is a savory chef, not sweet, although she has some very specific fantasies about head judge Ty Cates and chocolate syrup. In addition to cooking, Ashton gets to explore food throughout New York, including a secret trip with Ty to find the perfect capers.

So, the next time you’re planning a trip, I highly suggest checking out the food first. And don’t be afraid to embrace the local cuisine. When in Rome (or NYC!), after all! 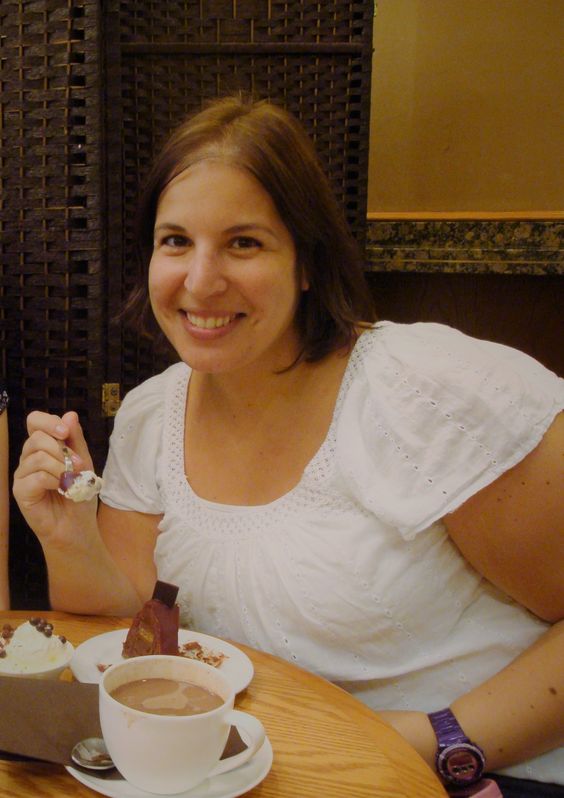 Get Some Like it Spicy by Robbie Terman for just 99¢!

Get Scandalous with our heroes on April 17th! Join us on our first ever Scandalous Her…