Since I started writing full-time, my life has become incredibly busy. There isn’t a moment to spare in the day. I start off by taking my kid to school, then am back at my desk, coffee in hand by 8am, ready to go.

I aim for 4000 words a day, so I start off guns blazing and write as much as possible until I start keeling over due to lack of food. Then I have breakfast, somewhere around 10ish and am back at the keyboard again until my lunch break, which is usually around 2pm.

Now, conscious that I only have two hours left until my child gets home from school, I frantically finish the chapter I’m working on, and switch my attention to marketing. There always seems to be so much to do from making promotional banners, to writing blog posts, to Tweeting and Instagramming, and of course, optimising my website and sending out weekly newsletters to my readers.

I stop around 4pm and force myself to do some housework, load the dishwasher and so on… and prepare a snack for my son, who gets home soon after, ready to eat a horse. He’s a teenager and I swear, I’ve never seen anyone guzzle so much food. He’ll eat anything in sight at the moment.

After he’s been fed and watered, I generally collapse on the couch for a few hours and watch my favourite TV shows. I live in the United Kingdom, and I love crime dramas, so my favourites are:

• Vera
• Shetland
• Endeavour (the young detective Morse)
• Midsomer Murders (although, I think I’ve watched every episode ever made as they’re on all the time)
• Hercule Poirot and Miss Marple mysteries

I do also love NCIS and NCIS Los Angeles, and the Navy Seals, so for pure perve-value, I watch those in my downtime. 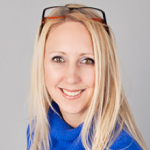 Louise Rose-Innes is an English writer of contemporary romance, romantic suspense and cozy mysteries. Louise was born in Africa and loves the outdoors, as well as travelling. This is often reflected in her novels, all of which are set in exotic locations, a trait she is becoming well-known for. She lives in leafy Surrey, and when she’s not writing, can be found traipsing through the countryside or kayaking on the river Thames. Visit her at www.louiseroseinnes.com. 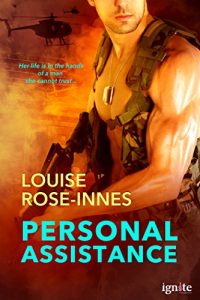 Trapped in a country in the midst of a rebellion, Hannah Evans is on the run for her life. Her only hope of escape is to join forces with disgraced Special Forces operative Tom Wilde, who is overseeing the extraction of all British nationals from the embassy. It’s a form of punishment for his last failed mission, from which neither his body, nor his mind, has fully recovered. When he meets Hannah, he sees an opportunity to redeem himself. The information she holds is important enough to end the civil war—all he needs to do is get her out of the war-ridden country alive and back to Britain.

The sexual attraction between them is too intense to ignore, but Hannah knows the career-soldier has a hidden agenda. Can she trust him to lead her to safety, or will he sacrifice her in his bid for redemption?

If you like heart-racing suspense mixed with sizzling romance, then you’ll love Louise’s gripping page-turner, Personal Assistance. Download your copy now, at the special price of 99¢.

Author Speed Round with Amy Engel