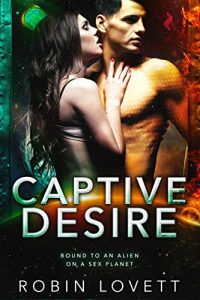 Gahnin, a Ssedez general, hasn’t had a woman since his first mate died a century ago. And since his kind can live for a thousand years, he’s still bound by traditional mourning. If he breaks mourning, he could lose his position in the Ssedez military. His friends and family. Everything.

That means no falling in love. No lust. No sex. For another century.

Then he’s ordered to guard Assura, a human woman and military special operative, on a planet whose atmosphere causes a sexual arousal so fierce, it drives people insane if it isn’t satisfied.

Even though he tries to keep Assura at arm’s length, he’s hooked. Forbidden desire called to life by a human, the same species who killed his first mate. Assura needs his body if she is going to live. But if he gives in to his passion, it could destroy him. 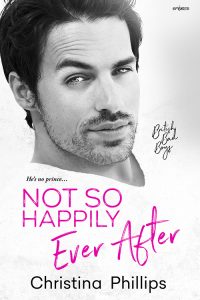 Not So Happily Every After by Christina Phillips

Two years ago, I accidentally, yeah maybe on purpose, crossed that line with my best friend and it ruined everything. I haven’t seen him much since.

But now he’s standing at my door.

Same lumberjack build. Same dark hair that begs my fingers to run through it. And then he gives me that half smile, and I know I’m about to agree to do something I’m going to regret.

I’ve got to spend two months with him now… and that’s not the worst part. 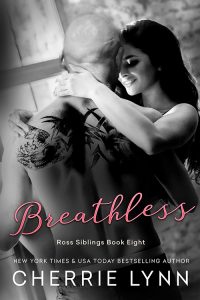 Seth and Macy Warren haven’t been married long, but they have their eyes on the future. Macy is excited to start a family, while Seth debates the pros and cons of giving up their spontaneity for the potential perils of parenthood. But Macy thinks she can convince him…

When he gets a chance to relive some of his past glory days by rejoining his former band onstage, though, he jumps at it. Still, she thinks she can turn the trip to his gig into some baby-making fun. Until she comes face-to-face with a part of Seth’s past that she’d hoped to never deal with again.

Every now and then, a blog pops up with something so fun, we can’t resist posting it ourselves…