I have to admit I’m a snow bunny at heart—so winter is really my jam—but there are a lot of things I love about fall. My first title for Entangled’s new August Imprint comes out in a couple weeks, and it’s my first romance novel with kids involved. Plus, the heroine of Tempting Her Fake Fiancé adores kids. In fact, the moment she really starts to fall for the hero is because of seeing how he acts with a young fan. I have two of my own children (teenagers) who are seriously my favorite parts of every day. So obviously, any favorite list is likely going to be filled with things that they love, too.

Get Tempting Her Fake Fiancé by Julie Particka for just 99¢! 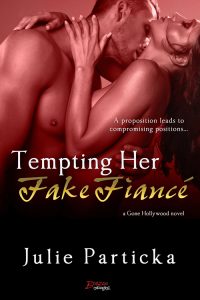 Stasia Grant needs a hero. Specifically, one who will help get back at her jerk of an ex-husband who left her, very publicly, for another woman. Now she has to grapple with a broken heart and seeing her cheating ex out with the other woman, all while in Vegas for the biggest interview of her career with Evan Stone.

Evan Stone, action star, playboy, and sexy-as-all-get-out, has spent most of his life playing a superhero. Why not put some of that experience to use to help an intriguing journalist? A little pretend romance could help her get revenge and help him balance out his bad boy reputation.

Their fake flirting turns into sizzling chemistry and the risk that they’ll fall for their own con gets very real. 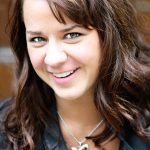 1.This book required ALL the research. (Read: productive procrastination.) Though I love a good road…