A Walk Along Hadrian’s Wall

In Mistress Spy, hero and heroine Nicholas and Maddy have a secret liaison along Hadrian’s Wall in northern England.  The year is 1570, but the wall has already stood where they meet for hundreds of years. He was her spymaster, she was his spy.

Maddy glimpsed the wall stretching horizontally before her, gray and wraithlike. It blended into the gloaming and seemed like God had put it there instead of the Romans…. And then he bent his head and kissed her. A gentle, exploring kiss. With a soft moan, she leaned into him. His arms came around her, gathering her close, kissing her more urgently.

Today, Hadrian’s Wall, a World Heritage site, is one of the most popular destinations in the Great Britain.  You can walk along a path that follows the wall for over 70 miles. It will take you past remnants of the wall itself, and the several Roman forts that were placed every 5 miles along its path. Stretching from the North Sea on the east coast of England to the Irish Sea on the west, Hadrian’s Wall was begun in AD 122.   Over the centuries, much of it was dismantled and the stone used for other purposes. But in many sections, the wall remains and has been restored, giving the viewer a dramatic glimpse of what it once was. The most notable of the forts, Vindolanda, and the best-preserved part of the wall can be found in the central section halfway between Carlisle and Newcastle. The whole path that now follows the wall is a designated national trail.

In 2013, my husband and I walked a section of the wall, east of the city of Carlisle and close to Lanercost Priory (both settings in Mistress Spy).  It was a clear, windy, chilly day in early June.  Fresh and lovely, the English would say. First, we walked from the village of Brampton to the priory, which sits in a beautiful valley. Then the wall and the River Derwent marked our way toward a restored Roman fort.  I imagined that Maddy and Nicholas had taken this same route, talking quietly. Nicholas would catch the edge of her skirt and brush his hand ever so gently against the fabric. How exciting for an author to visit the place where her characters loved and then feared for their lives!

Find your way someday, if you can, to Hadrian’s Wall.  And if you can’t, follow Nicholas and Maddy to this magical place. 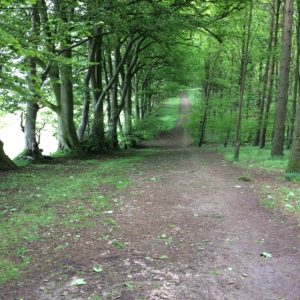 The path from the village of Brampton to Lanercost Priory 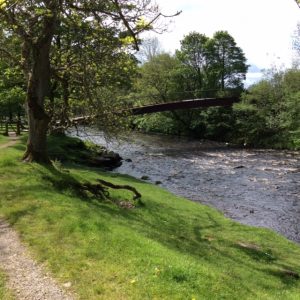 A stop on the banks of the River Derwent 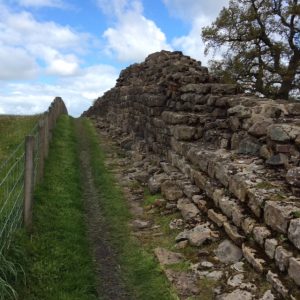 A section of Hadrian’s Wall not far from Nicholas’ and Maddy’s secret rendezvous. 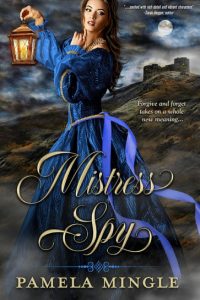 Madeleine Vernon’s dreams should be filled with elegant gowns and marriageable men. Instead, she dreams of avenging her brother’s death. But when she’s captured by the queen’s men, she’s forced to become a spy by her mysterious yet undeniably attractive captor.

After years of working for his father in Queen Elizabeth’s service, Nicholas Ryder is close to going his own way. But now he’s got a feisty beauty he must protect or risk her execution as a traitor to the crown. She’s a distraction he can’t afford, but he also can’t stop thinking about her.

It is Nicholas’s job to foil plots against Elizabeth, and he sends Maddy into a household of suspected traitors to garner what information she can. As the line between captor and prisoner blurs, deceit, betrayal, and desire become a perilous mix. Ultimately, Nicholas must decide whether duty to the queen is more important than winning Maddy’s heart. 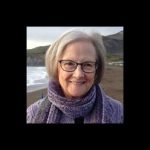 Pamela Mingle is a former teacher and librarian who was fortunate enough to choose writing as a third career. Or maybe it chose her. 🙂 She loves to create romantic tales that play out against historical events and always includes humor in her books. Pam and her husband enjoy walking in the British Isles–even though she’s done her share of whining on the longer days. The walking trips have been an ideal way to discover new settings for her books. Pam’s newest book, A LADY’S DECEPTION, releases in August, 2017. Along with A FALSE PROPOSAL, it is part of the Haslemere Men series with Entangled Publishing. Readers can find Pam’s previous books on Goodreads and Amazon. To learn more about Pam, visit her website www.PamMingle.com. And while you’re there, don’t forget to sign up for her newsletter!

Posted in: Author Interview, Authors Speak Out, Behind the BookTagged: Pamela Mingle
Previous

My name is Jody Holford and I am both a contemporary romance and cozy mystery author. What I love mo…