Anyone who knows me, knows that when it comes to music, Bruce Springsteen is the end-all.be-all for me. I first discovered him in 1984, when Dancing in the Dark was in heavy rotation on MTV (I wanted my MTV, but since we didn’t have cable, I had to go to friend’s house to get my fix) and I fell in love with his music. I’ve seen him nearly a dozen times in concert since then—my husband learned the hard way that when I told him if I can get tickets to a Springsteen show, I get tickets to a Springsteen show. I was even fortunate enough to score tickets to his Broadway show as well. I get him. I get his music, his message, everything he’s saying. And these are my Top Five Springsteen albums, and my favorite song from each one:

Be sure to pick up Kimberly’s new release, The Earl’s Perfect Match! 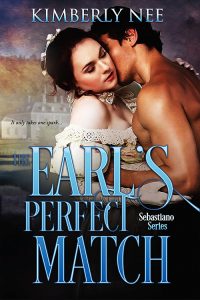 Bennett Markham, Earl of Dunning, needs an heir, which means he needs to find a wife first. His only requirements are that his bride not be a fortune-hunter and absolutely cannot love him, now or ever.

Love is not in the cards for Markham men.

Elena Sebastiano is more than a little surprised when the Earl asks her to play matchmaker for him. They barely know each other, so how is she supposed to choose the perfect bride? Nonetheless, the challenge intrigues her.

But what’s a woman to do when she wants the man for herself? Convince him no one will do but her… 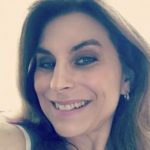 Kim fell in love with historical romance when she was sixteen, and blames it on Kathleen Woodiwiss, since it was her THE FLAME AND THE FLOWER that got her hooked. Not long after finishing it, she sat down to write one herself and now, many moons later, she’s still writing them. A native of New Jersey, Kim still lives there with her husband, their two children, and their dumb but lovable boxer /lab mix, Roxy. When she’s not writing, she’s a gym rat who weight trains, does cardio grudgingly, and like a true Jersey girl, is obsessed with Bruce Springsteen, the New York Giants, the New York Rangers, and the New York Yankees. She’s also strangely fond of tattoos, American history, Tom Hiddleston, the Rolling Stones, and reading, and not necessarily in that order.

All week long we are celebrating some of the most amazing people in our life…moms. And as a pa…

This month marks Lisa Burstein’s debut novel, PRETTY AMY being out for a YEAR! As a special ce…