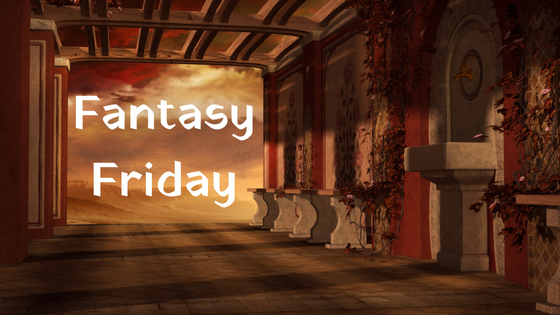 We’re celebrating Fantasy Friday with some not to be missed fantasy reads. So settle in this weekend with one of these fun reads.

The Black Lily by Juliette Cross

With the threat of the vampire monarchy becoming stronger every day, the Black Lily must take drastic measures. As the leader of the underground resistance, Arabelle concocts the perfect idea to gain the attention of the Glass Tower. Her plan? Attend the vampire prince’s blood ball and kill him. Fortunately for Prince Marius, her assassination goes awry, and Arabelle flees, leaving behind only her dagger.

Marius is desperate to find the woman whose kiss turned into attempted murder, hunting for the mysterious assassin he can’t push out of his mind. But what he uncovers could change the course of his life forever…

Through the Veil by Colleen Halverson

Elizabeth Tanner is no Tinkerbell, and her life is no fairy tale. Broke and drowning in student loans, the one thing she wants more than anything is a scholarship from the Trinity Foundation. But after the ancient Irish text she’s studying turns out to be more than just a book, she becomes their prisoner instead. And when Trinity reveals Elizabeth is half-Fae, she finds herself at the center of a plot to save the magical races of Ireland from a brutal civil war.

As Commander of Trinity’s elite warriors, Finn O’Connell isn’t used to having his authority challenged. He doesn’t know whether to punish or protect the infuriating young woman in his custody. When he discovers the Dark Fae want to use Elizabeth’s abilities to control the source of all power in the universe, he’ll risk everything to help her.

At the mercy of Trinity and enslaved to the Dark Fae, Elizabeth finds herself alone on the wrong side of an Irish myth thousands of years in the making. Refusing to be a pawn in their game, Elizabeth has to fight her way back to the man she loves, but to do so, she must wage her own war against the magic that binds her.

The object of every man’s fantasy just lost her wings…

Kaia Verde is one of the four Faerie Handmaids of Zafira, Queen of the Fey. To redress an ancient wrong done to Zafira by a human king, the Handmaids make sport of mortal men, seducing and humiliating them. When Kaia sets out to seduce Garrett Jameson, but ends up being the one surrendering to pleasure, Zafira is furious. Kaia’s punishment is simple: make Garrett fall in love with her by the summer solstice, then break his heart, or face eternity without her wings—or her soul. To make the task harder, Zafira tells Kaia she cannot use her faerie magic or charm to lure Garrett into her bed.

…and now she’s losing her heart…

Kaia thinks her task will be relatively easy—as a faerie, she understands lust, and can love be much different? But once she is living among the humans, Kaia discovers the race she once disparaged is far more complex and beautiful than she imagined. She learns before she can break Garrett’s heart, she must find a way to heal it. And eventually, discovers that losing her wings may be a far easier price to pay than losing her heart.

North of Need by Laura Kaye

Four sisters, three rules to live by, one big problem.

Most people only believe what they can see. Gifted with the ability to see the deep, dark fae of Shadowland, Catherine Rowan Mary O’Connell would prefer not to. When the fae abduct her friend Maya, Cate breaks the sacred O’Connell Family Rules and sets a trap for the handsome fae who haunts her every step.

Cate knows she has precious little time to find Maya. By midnight, the glamour of Mid-Summer’s Eve will fade, leaving her trapped forever in the Shadowland, but Maya’s abductor won’t give up the woman he’s mesmerized easily.

The midnight hour is almost at hand. Cate must choose: her freedom or her destiny.

Hi, my name is Gaby and I am a bookaholic. Do I have more books then I do clothes? Why yes, yes I do…