Gastown in Vancouver, BC – setting of The Millionaire Daddy Project

The original settlement that became the core of Vancouver, British Columbia, is the national historic site now known as Gastown. Named for “Gassy” Jack Deighton, a Yorkshire seaman, steamboat captain and barkeep who arrived in 1867 to open the area’s first saloon, Gastown is also the setting of my book THE MILLIONAIRE DADDY PROJECT.

The epicenter of all things art, food, design, culture, it’s one of my favorite places in the city, and home to a famous, authentic and fully-functional steam clock that announces the quarter hour and displays the time on four faces. It was built in 1977 to cover a steam grate, part of Vancouver’s distributed steam heating system, as a way to harness the steam — and to prevent street people from sleeping on the spot in cold weather. Vancouver’s infamous Downtown East Side is only a street or two away from Gastown, and the juxtaposition of poverty and wealth, gentrification and displacement is an ongoing local issue.

In the spring of 2012, I worked for a software company in Gastown, writing narrative for a – get this – a sexy choose-your-own-adventure romance video game. It was the year before I sold my first romance novel and I was beginning to wonder if I’d ever achieve my dream of writing full-time. But at least I was writing. And in such an inspiring setting! My office was mere steps away from the steam clock and I grew to love its distinctive whistling chime and the colorful variety of people, businesses and events in the area. I lifted many a glass at the wonderful brewpub just down the street as well, called Steamworks, which contains a working brewery and serves some truly wonderful beer.

Before that summer was up, I got “the call” and right around the time the funding for the game dried up, my first romance novel was published. I decided that one of my next books would be set in Gastown, and that the hero of my story would own a place something like Steamworks. He’d be a talented, driven businessman, but to create his award-winning food and beverages, he’d also have to have the sensual soul of an artist.

A few years later, I created Dane Bergman, a generous, luxury-loving man who knows what he wants and always gets it. He’s a great lover of romance, but when it comes to actual relationships, he keeps his heart under wraps because deep down, he can’t bear rejection. Like Gassy Jack, Dane Bergman’s roots are humble and rough and like Gastown itself, his life of wealth and luxury is only steps away from a hardscrabble, marginalized existence, a secret past he keeps hidden from everyone.

To truly challenge him, I gave him a little daughter he never knew he had, who’d just lost her mother and had zero interest in this bumbling stranger called “Daddy.” The only one who can possibly help him navigate this new world of parenthood is his trustworthy executive assistant, Pam. Fortunately, while Dane knows what he wants, Pam knows what he needs – if only he can let himself be taught. A truly rich future awaits him but to earn it, he must work harder than he ever has in his life.

I’ve had more than twenty novels published since my summer in Gastown and think of Dane and Pam every time I’m in the area and hear the steam clock whistle. I’m so lucky to live in such a beautiful part of the world – and to have realized my dream of creating stories of others who fight for their dreams and achieve their happily-ever-afters. 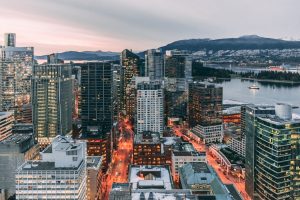 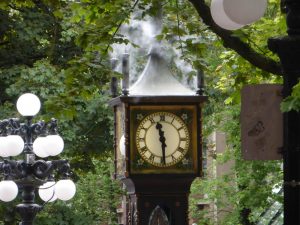 Don’t miss your chance to get Roxanne’s The Millionaire Daddy Project for just $0.99! 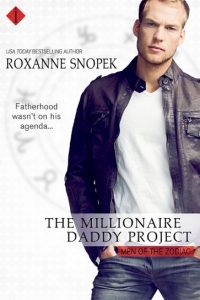 He takes control…and gives all kinds of pleasure

In the space of about a second, successful restaurateur Dane Bergman has gone from millionaire playboy to daddy. Now he’s the sole guardian of a very adorable and willful four-year-old child, and he’s counting on his executive assistant, Pamela Atwater, to save his ass. Even if it means bringing her along on a month-long ocean-side retreat…

Pamela Atwater prides herself on being the perfect assistant. Whatever Dane wants or needs, she’s there—pretending to ignore Dane’s golden charm and drop-dead gorgeousness. On vacation, however, Pamela sees a side of Dane she never imagined. And it’s a side that tempts her to cross the line between professional and personal. But is one month enough time to prove to Dane that his perfect assistant might just be his perfect match? 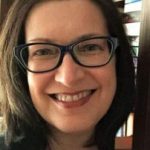 Stories by USA TODAY bestselling author Roxanne Snopek are a bit like her life: dramatic, emotional and messy, with dogs, cats and other creatures usually underfoot. She believes that the best heroes are cowboys in spirit no matter what they wear and wealthy at heart no matter what they drive. She lives in beautiful British Columbia with her hero of many years and whatever kids and pets happen to be around.

Posted in: Author Interview, Authors Speak Out, Behind the BookTagged: Roxanne Snopek
Previous

2 Replies on #BehindTheBook with Roxanne Snopek

I admit I don’t play a lot of Pokemon Go, but I’m not opposed to running through the neighbor…