Inspiration for the Animal Attraction Series

Ordinarily, my books have nothing to do with my own life. The Animal Attraction Series, though, is different in that it is loosely tied to my own life experiences. The heroines in the series, Jane, Caitlin, and Fiona, came to me from my childhood plans made with my best friends from grade school. Several of us would meet at recess every day and plan out our future animal care business. Unlike Animal Attraction, though, our dream shop focused on farm animals. My grandparents had a working cattle ranch where I spent a lot of time, and animals were central to my life.

I love animals—all animals, no matter how many legs. Yep. I’m even a fan of snakes and spiders. Every neighbor who knows me well, calls when they want a critter relocated. Got a snake, alligator, or varmint in the way? Give me a call. I also raise Monarch butterflies, some seasons helping hundreds reach maturity. 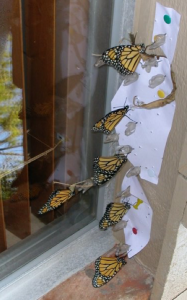 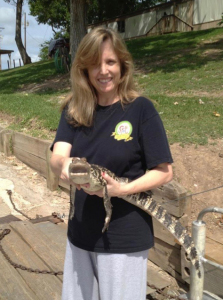 (A juvenile alligator relocated upriver to an unpopulated area.) 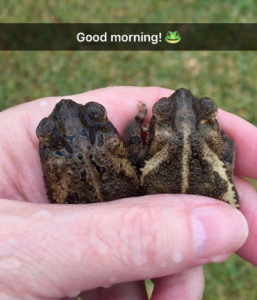 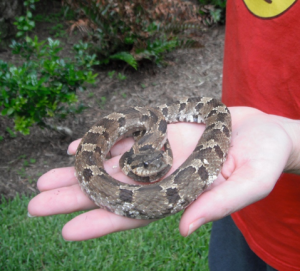 (Young hog-nose snake I rescued from my neighbor’s yard—and the pointy end of his shovel. Warning: do not pick up a snake unless you know exactly what you are dealing with. Many harmless snakes look similar to poisonous ones.) 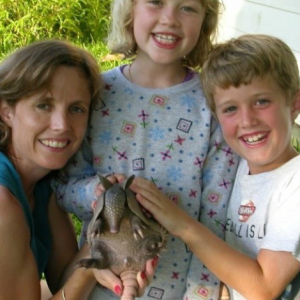 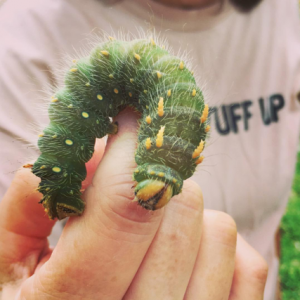 (I pulled this chunky guy off of a tree that was about to be cut down. He turns into a yellow and purple Imperial Moth)

Writing Three Day Fiancée was a total blast for me, especially because of the Saint Bernard, Beauregard. I have two dogs of my own, Cairn Terriers named Bonnie and Annie in the photo below. 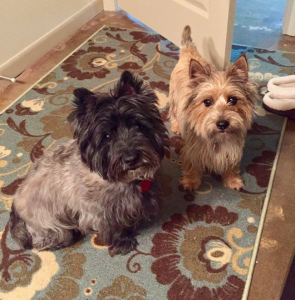 My friends always thought I’d end up being a vet or opening an animal rescue business. With the Animal Attraction series, I suppose they are right in a way. All the fun with none of the mess.

Thank you for having me on your blog today! 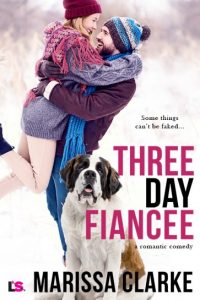 Helicopter pilot Taylor Blankenship’s time schedule is maxed out. Between his job, his one-hundred and fifty-pound slobbering mess of a dog, and his matchmaking grandmother, he has no time for anyone or anything—especially a woman. If only there were a way to get Grams to back down.

The job of New York City dog walker suits Caitlin Ramos perfectly while she preps for her CPA exam—steady, scheduled, and requiring very little human interaction; a huge seller since she’s still on the mend from a toxic relationship. Men suck. Especially her bossy, hot client with the Saint Bernard that thinks it’s a lap dog. No way will she go for his plan to pretend they’re engaged to get his grandmother off his case. Down, boy.

Offered a bargain she can’t refuse, Caitlin finds herself playing the part of fiancée to Taylor. Fortunately, it’s only for three days. All she has to do is fake a relationship with Mr. Bossy Pants in front of his entire family, survive a fierce game of truth or dare with an unscrupulous pair of octogenarians, endure a one-on-one round of Twister with Taylor, and not lose her heart to a guy who turns out to be a lot more than she’d bargained for. 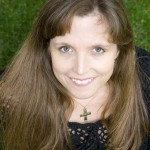 Marissa Clarke is a multi award-winning, RITA® nominated author of romance for adults and teens. She lives on an island in the middle of a river. Seriously, she does. When not writing, she wrangles her rowdy pack of three teens, two Cairn Terriers, and one husband. Inexplicably, her favorite animal is the giant anteater and at one point, she had over 200 “pet” Madagascar Hissing Cockroaches. The roaches are a long story involving three science-crazed kids and a soft spot for rescue animals. The good news is, the “pet” roaches found a home… somewhere else. She loves to connect with readers, so shoot her an email or find her on social media.

Have you seen those adorable Lego tables they have for toddlers and little ones? I love them.…