During a recent brainstorming session with my agent, she asked if I’d ever seen the FOX show Lucifer. I had not. She suggested I remedy this immediately. And OMG did I ever! Binged that baby right away. And now I am shipping Lucifer and Detective Chloe like nobody’s business!

First of all, Lucifer ticks a lot of book boyfriend boxes. He’s filthy rich, snarky, charming, funny, irreverent, arrogant, has some otherworldly powers, great taste in clothes, a definite wicked bad boy streak, and hidden under all his devilish ways, a heard of gold.

And Chloe, unlike a lot of heroines, just kind of rolls with it. She doesn’t believe he’s really the devil, but she goes with it. Has fun with it even. She’s open and seems to trust too easily and isn’t the typical jaded heroine that is often paired with a guy like Lucifer.

These two are just fun. And they need to get together soooo badly! Here are my top 5 reasons why.

Lucifer’s personality is a lot to take. But Chloe handles him perfectly.

Lucifer is the perfect bad boy who hides a tortured soul behind a funny, snarky exterior. Only Chloe sees his more vulnerable side, like when she tries to touch the scars from where his wings had been cut off and he grabs her arm and says, “Don’t…Please.” *sob*

He is there for her, whether she wants him to be or not. She can’t shake the guy…but in a good way 😉

Chloe’s daughter LOVES him, to his consternation. He is adorably awkward with her.

Their chemistry is off the charts.

And a bonus reason – they just love each other so much. THEY JUST NEED TO ADMIT IT AND STAY TOGETHER ALREADY *sigh*

Oh, and also, the first scene in the first episode introduced me to my current favorite song, Ain’t No Rest for the Wicked by Cage the Elephant, so there’s that too 😀

Get Kissing Her Crazy for just 99¢! 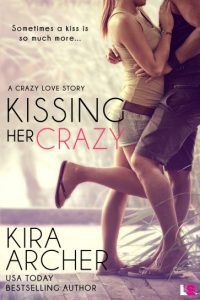 An island vacation at a 5-star resort for her brother’s wedding should have been relaxing. But for single mom Lena Oserkowski, it’s stress-inducing. As long as she stays away from the water, her biggest fear, it’ll be okay, right? Except when her son gets into trouble at the pool, Lena ends up needing her own rescue. To her surprise—and mortification—a gorgeous stranger comes to her aid. Suddenly her trip just got a whole lot more interesting.

Elliot Debusshere is disillusioned with his wealthy playboy lifestyle and wants nothing more than to bring some meaning and purpose to the charity he runs. When he saves a quirky, beautiful woman from a case of heat exhaustion and meets her son, Tyler, he has no idea the answer to his problems might have just fallen in his lap. Literally. But pleasure has a sneaky way of mixing with their business, leaving both dazed and confused. Elliot isn’t father material—except the longer he spends with Lena and Tyler, the more he wants to be. Now he just needs to prove it. 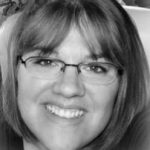 USA Today bestselling author Kira Archer resides in Pennsylvania with her husband, two kiddos, and far too many animals in the house. She tends to laugh at inappropriate moments and break all the rules she gives her kids (but only when they aren’t looking), and would rather be reading a book than doing almost anything else. Most of her non-writing hours are spent hanging with her family and running her kids around because they are busy and she’s the taxi driver. She loves her romances a little playful, a lot sexy, and always with a happily ever after. She also writes historical romances as Michelle McLean.

Check out these Mother's Day steals!

1 Reply on #IShipIt with Kira Archer

Welcome to Davinci Kittie, one of our favorite guest bloggers!  Today she’s writing about nove…