We often get the question, “Where did you get the idea for a heroine with DID/MPD, and we figured it was a good subject for us to share right here on our blog!

So how did it come about?

Admittedly, it wasn’t completely planned. Back when I first started writing it (Taffin wasn’t involved yet) and the first twinges for Girl in the Mist began to pull on my creative bone, I was undecided whether Nina Hernandez’s condition was real or faked for her to hide away in the most unlikely of places.

At the time, I was faced with a dilemma (this was pre-Internet for me): Could a condition such as this be faked? And if so, how do you hide it from the reader? Is it even nice to have your heroine be that good at lying to everyone, including the hero, especially when you want your hero to be equally professional and good at discerning truth from lie. It was a pickle, and thus the research started.

First off, what would cause DID, a Dissociative Identity Disorder?

External or internal conflict?  Both? Can medication cause it? Can it happen to just anyone? What is the main trigger? Trauma? How do professionals ascertain the disorder?

So many questions, and the deeper I delved, the more fascinating it became. I mean, seriously, how fascinating is the human brain? The things it can do in times of complete hopelessness. I tell ya, the mind boggles at times! Anyway, it became clear early on that the only way this was going to work, for the story to be extraordinary and the characters to be utterly memorable, was to make the condition “the real thing.”

Textbooks, Wikipedia, blogs/vlogs, books, and documentaries were devoured on the subject. So much is out there these days! I even watched some amazing documentaries about folks suffering from the disorder who were brave enough to share their stories. In fact, there are several people out there with full-out DID who maintain vlogs of their separate alters online. Astonishing and amazing!

What’s best, there are also quite some awesome motion pictures with a variety of angles on the subject. Those had to be watched, of course. Here’s a short list of the ones that stuck out for me: Separate Lives. The Color of Night, a famous oldie, Sybil. Also The Voices (funny) and another oldie, Voices Within: The Lives of Truddi Chase. And lastly to get some entirely different angles on it, there is The Long Kiss Goodnight, Conspiracy Theory, 6 Souls, and Primal Fear. Seriously, there is an amazing amount of fiction that really makes for wonderful source material when we’re talking research. LOL

I mean, think about the options: Do you give it a supernatural twist, or do you keep it “reality” based? Or go total conspiracy? So, LOADS of ideas, but in the end it became clear that it had to be real and that the cause for Nina’s condition had to be some atrocious trauma, which is the one thing all sources, whether in fiction or reality, seem to agree on.

So, this is when the most difficult decision came: How severe a condition is it going to be? You can’t have her too mentally insane from some natural source. So, it has to have been done to her, but how bad was it going to be? Why was it done? Is it going to be totally separate identities that have no idea of each other’s existence, or somehow all interacting in some way as they struggle to save Nina from complete destruction? The questions and decisions went on endlessly.

And last, and perhaps most importantly, how bad can you realistically make her condition, if we still need to somehow resolve the problem and allow her to save herself with a “little” help from our wonderful hero?

In the end, it was a process spanning years, with T joining in somewhere along the line to sort out the plot holes. It slowly grew into what Girl in the Mist became in the end—a complex roadmap into Nina Hernandez’s wonderfully adept mind as it struggled with tremendous adversity but yet managed to find a way to survive.

We loved every minute of it, every identity that popped up along the way and made her into the wonderful heroine she turned out to be.

Don’t miss Girl in the Mist by S.T. Young, out now! 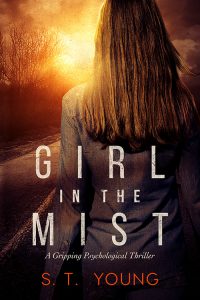 Infamous for infiltration and becoming her undercover identities, Nina Hernandez disappeared without a trace. Three years later, Naval Intelligence agent Rory O’Donnell finds her in a tortuous mental hospital. He’s unsure if it’s really Nina, or if she’s undercover and faking it. Either way, he’s pretty sure something sinister is going on…

Rory springs Nina, and together they elude their determined pursuers. He needs to get her to safety…all while keeping his hands off the beautiful, mysterious young woman. As he works to convince her to trust him and share her darkest secrets, he wonders if he can trust her not to betray his…

Between her mercurial changes, sexy come-ons, and her exasperating independence, a protection assignment has never been so hard. On a dangerous trek across the country as they tumble from one danger into the next, Rory finds that resisting Nina might just be his toughest task yet. 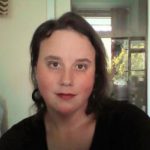 Dutch siblings Samaya and Taffin spent the majority of their childhood traveling, only to eventually settle in Southern Spain with their family in their late teens. In 2008 they started on the adventure of writing romance together, considering it was a genre they both enjoyed for years…and still do. As the years past and their cooperation improved, they worked out an effective way to bring a story to life to both their satisfaction. Now, based once more in their country of birth, Girl in the Mist is only the first of many more to come.

‘Tis the season for frosted sugar cookies with Karen Erickson!   We make these coo…

By Meredith Johnson on September 1, 2018