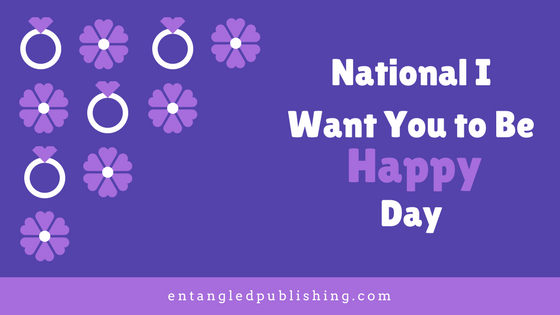 This day was created as a day encouraging us to do something to make others happy.

Give your loved one a hug, pay for someone else’s coffee or leave a sweet post it note to brighten up someone’s day.  Need a smile for yourself? Pick up one of these romances that are sure to make you happy! 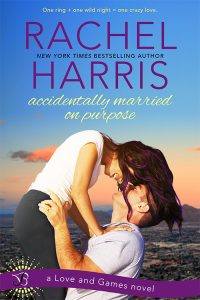 The post it notes in this romance will make you swoon!

Sherry Robicheaux loves men. She loves love. And she loves an adventure. So when she meets a mysterious man while working backstage at a country music concert in Vegas, she’s all about what’s happened in Vegas staying there.

Country music superstar Tyler Blue just wants a weekend of anonymity…though there’s something about the spunky waitress with the streaks of purple hair that tempts him like no other. Until the next morning, when they both wake up with fuzzy memories…and rings on their fingers.

Convincing Sherry to maintain the ruse for his public image isn’t the hardest part—it’s reminding himself that their time spent playing husband and wife in her small town of Magnolia Springs can’t last. Tyler’s first love will always be music—and the road is no place for a sweet down home girl. 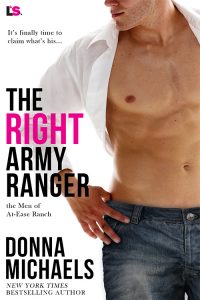 Haley Wagner’s life just got a lot more complicated. As if turning her struggling ranch around isn’t tough enough, she’s forced to call him for help. With his hard eyes and even harder body, Cord is an irritatingly sexy contradiction of hot and cold. How can she possibly hide her embarrassing secret when just looking at Cord is a combustible event?

Former Army Ranger Cord Brannigan has a secret, too. He promised his fallen teammate he’d protect the tempting, fiercely independent Haley from a distance, but now they’re stuck together for three weeks. Alone. Keeping his hands off will take every ounce of control he can muster. And that control is slipping… 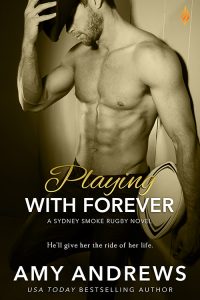 Playing with Forever by Amy Andrews

Country boy, Ryder Davis has the world at his feet. A stellar rugby career, a winning way with women and a beach view that keeps him in blue sky and bikini babes. He’s living the dream. The last thing he needs is a Great Dane called Tiny destroying his feng shui.

Dog whisperer, Juliet Morgan is about to start living her dream and she’s counting down the days. In two months she’ll finally be moving to Italy and no man’s going to stop her this time. Not even a rugby superstar with a badly behaved pooch.

But when Ryder skids into the animal shelter looking for help Juliet agrees to assist him with his canine issues. Pretty soon they’re assisting each other out of their clothes and tumbling headlong into a sex thing with an expiry date.

Neither of them expected it to become more. But when for now starts to feel like forever Juliet hits the panic button. Ryder knows he has to play the long game and let her walk away. After all it’s not over until the final hooter sounds and all’s fair in love and rugby. 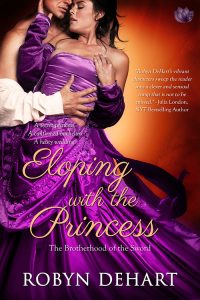 Eloping with the Princess by Robyn DeHart

When a fellow member of the Brotherhood of the Sword drops off a mysterious lady in need of protection at the house of Viscount Jason Ellis, he agrees to keep her safe not fully knowing what that will entail. Once Isabel Crisp learns the truth of her identity, that she’s the last remaining member of the royal family from the island nation of Saldania, her world is tipped upside down.

A plot to usurp the throne from Victoria after a marriage comes to light. Isabel realizes rather quickly that if she were already married the men would not succeed with their plan. Jason reluctantly agrees to marry her, but in name only as he’s bound to learn the title to his brother’s son, the rightful heir. But keeping his hands off his tempting and willing wife proves too difficult and the passion between them ignites.

I love music. Listen to it daily and always have it playing when I am writing. There isn’t mu…