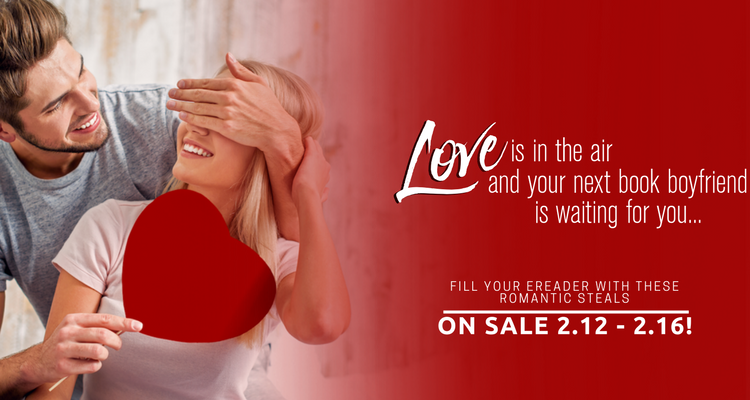 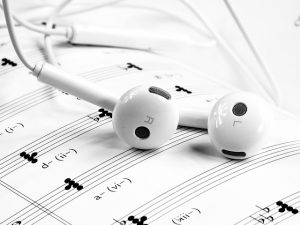 Before I became a writer, I used to make playlists for books I was reading. So it’s not surprising that one of the first things I do when plotting out a new story is to make a new playlist. Music always plays an important role in my books. Sometimes the characters are obsessed with a certain singer or band, sometimes music is part of their job. But always, they love music, talk about it and listen to it. (Sometimes more in my head than on the page.)

Here’s an inside look at some of the tracks on the Falling for her Soldier’s playlist.

Ellie and Charlie are our soon-to-be-love birds. Ex-ballerina Ellie is teaching soldier boy Charlie to tango. (Long story…you’ll have to read the book to find out why!) Not have any previous experience, Charlie is having a hell of a time getting his smooth moves down, even before the actual tango lesson begin. In frustration, he blames the music—which is Michael Buble. As the story progresses, Charlie hates Buble more and more, muttering his name like a filthy curse word every time he missteps. He’d rather be dancing to Elvis. Who wouldn’t?

Personally, I love me some Michael Buble, but as I was writing those scenes—while in the head of Charlie—I also began to hate Buble, maybe subconsciously to be supportive of my sexy hero. Since my couple does a lot of dancing, my playlist is full of Buble. It took a good couple of weeks for me to fall back in love with his sweet, croony voice.

You Don’t Know Me – which also whispers of the story of Charlie not being totally honest with Ellie about his real name.

More Songs from the story:

All of Me – John Legend

For a limited time you can grab Ophelia’s Falling for her Soldier for just 99¢ during our Valentine’s Day Sale! 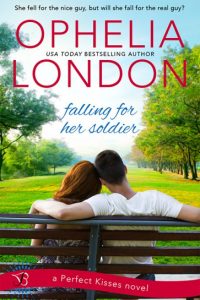 Ex-ballerina Ellie Bell has twenty-four days left until her self-imposed man-less year is up. No more falling for the wrong kind of guy—charming, sexy, bad. Why can’t she find someone sweet like Charlie, her soldier pen pal? His e-mails meant the world to her, and she can’t stop thinking about him…until she meets Hunter, whose muscles and cocky smile threaten to have her relapsing.

Before Charlie “Big Game Hunter” Johansson’s last tour of duty, he’d gone through women like crazy. But after connecting on a real, emotional level via letters with his best friend’s sister, Charlie’s ready for a relationship—with Ellie. But then her brother introduces him as Hunter. Proving he’s no longer a player by becoming her dance partner for an Army benefit seems like it could convince both siblings he’s changed. Except the harder he falls for Ellie, the harder it is to come clean. Can he convince her to fall for the real him before it’s too late? 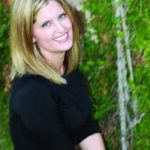 It’s time for Straight Talk.  Take it away, Clarissa!   When you are getting ready to sta…

Starting my first novel. Seriously, how hard could it be? via GIPHY   My first professio…