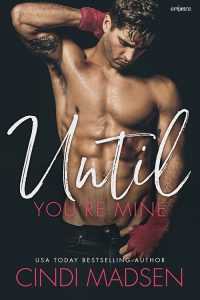 Until You’re Mine by Cindi Madsen

You might’ve heard of me, Shane Knox, the guy who rose quickly through the MMA fighter ranks, only to crash just as fast. I’ve finally convinced the owner of Team Domination to take a chance and get me back in fighting—and winning—shape. What I didn’t bargain for is the guy’s spitfire of a daughter. The closer we get, the more I want Brooklyn, but she’s the last girl I should be fantasizing about. 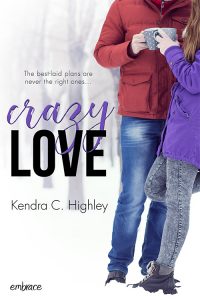 In typical living-on-the-edge fashion, Luke Madison dropped out of college to chase his dreams in Aspen, not realizing the dire consequences he’s triggered. If Luke can’t pull off a miracle, his family could lose everything, and there’s no way he’ll let that happen. Not even when he meets Charlotte, a pre-med student who distracts him like no other, even as she tries to resist his charm. But when Luke risks everything one last time, losing isn’t an option. Even if it means losing Charlotte. 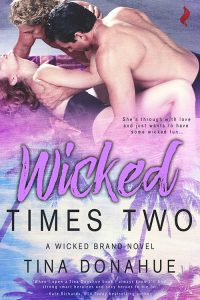 Jasmina is finished with the idea of forever after. From now on, she’ll protect her heart and let pleasure rule. And she knows exactly where to find that—in the arms of Noah and Kyle, two of the hottest cops in West Palm Beach. All Kyle and Noah want is her—submission, bondage, spanking…no strings or regrets. But seductive days roll into steamy nights, igniting feelings the guys hadn’t expected and Jasmina can’t deny.

Add this title to your Goodreads shelf! 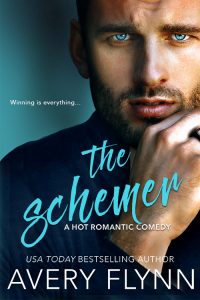 Dare to Be Different with Anna Banks

My local chapter of RWA is having its first ever Afternoon Tea. It’s a potluck so people are bringi…

For my birthday this year, my husband did something very special.  He flew all of our kids (we have …