I was tickled to get an Irish flute as a recent birthday gift. After I shared some impromptu tunes on Facebook, I found Greensleeves was hands-down the favorite. So here it is for you! 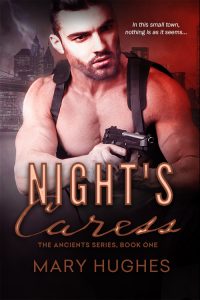 When artist Brie Lark left her vampire ex and her straitjacket of a hometown to breathe free in New York City, she promised herself two things: she’d never go back to Meiers Corner, and no more vampires. The last thing she expected—or wanted—was to be sent back home on an assignment. But her boss at the FBI needs her undercover on a murder case, working with a black-haired, black-eyed giant god of a man who’s her idea of perfection, except for one thing—he’s a vampire.

FBI Special Agent Seb Rikare is an ancient vampire hardened by loss. He’s cut all emotions to protect himself and leads a deliberately steady, almost sterile life. The brash young woman forced to pose as his lover irritates him, with her jangling bracelets and colorful hair. But as much as she irritates him, he finds himself drawn to her lively spirit and he’s tempted to make fantasy a reality. 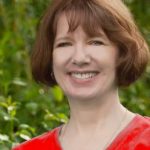 I write wickedly fun romantic adventures and steamy paranormal romances, stories that crackle with action and love. Challenging, alpha men–and women not afraid of a challenge. Oh, do the sparks fly when he meets THE woman guaranteed to infuriate and inflame him most. In real life I’m an author, a spouse and mother, a flutist, a computer geek, and a binge-TV-watcher of The Flash, Elementary, NCIS, and Wynonna Earp.

Entangled Publishing is growing.  We’re on the lookout for quality editors to join our editori…