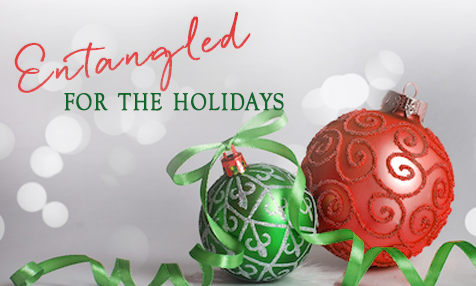 It’s the most wonderful time of the year…

We are getting into the holiday spirit!

Meet some of the authors at Entangled Publishing as they share what was at the top of their Christmas List when they were young.

When I was seven, my next door neighbor got the Barbie Dream House for her birthday. I was so jealous! It had three floors and an elevator. She even had the matching pink convertible. When it got close to Christmas, I started dropping hints that I was going to ask Santa for the Dream House, so imagine my horror when my mom said no. What?! She thought the dolls promoted unrealistic body types and the racy clothing was inappropriate, though I didn’t really understand what either of those things meant at the time.
I ended up getting the Sunshine Family House for Christmas instead, and at first I hated it. It was made of a weird, soft plastic that folded up so it was easy to put away, and there was no elevator or fancy car. But an interesting thing happened. After a few weeks, we started to like playing with the Sunshine Family more than the Dream House. It had an entire family, including a dog and a cat. It was also portable so we could easily take it inside the forts we loved to make outside, and the accessories, like the Sunshine Family Van with the Piggyback Shack were unique and awesome.
In the end, I learned to stretch my boundaries and take a chance on something new, because you never know how something will turn out unless you try it.

D.R. Graham, author of The Handler

This is going to age me but when I was little I really wanted a Lite-Brite for Christmas. A friend down the street had one, and although she was never that interested in hers, the glow of the back-lit rainbow pegs mesmerized me from the moment I laid eyes on it. The following Christmas I got my own and I couldn’t have been happier. It’s probably still in the attic of my parents’ house somewhere.

Ingrid Hahn, author of To Win a Lady’s Heart

SweetSea, a mermaid doll toy. As a child, I was obsessed with mermaids–still kind of am! I wished and prayed for SweetSea. Every Sunday, I would get the advertisements out of the newspaper and cut out every picture of her, which I faithfully saved in a tattered envelope. And I was so happy when she was waiting for me under the tree! Unfortunately, she vanished into my grandmother’s house mere days after opening her. She was never seen or heard from again. I mourned her loss for many years and still would like to know where she vanished to!

These were the gold standard when it came to toys for me. The only downside is my parents would buy me the Barbies and my brother the Star Wars action figures. So I had to steal them from him, like good sisters do.

I can’t remember a time when I didn’t love to read, didn’t love books. I devoured Archie comics, Choose Your Own Adventure stories, and read every magazine around my house (which were mostly True Story Romance so no wonder I love romance).

Something I wanted all of the time, but even more at Christmas were Sweet Valley High books. Those books were at the top of every wish list and to this day, I still have my collection, including, this special edition version from 1985. Wow. 1985. Not only do I still have the book, but I still have my love for reading and creating stories. I think I’ll pull Special Christmas out of storage this year and read it with my two daughters. Everything else is making a comeback, why not the twins, right?

When I was really little I had one of those cars you push along with your feet (kind of like the Flintstones), but when I got old enough to care, I really wanted one of the Power Wheels Jeeps. There was nothing cooler than seeing kids actually driving their own little car, and wow did I want to do that too. Alas, the Jeep was one wish-list item Santa never dropped down my chimney.

A unicorn – not the stuffed kind but the kind I had to feed and who would carry me to school on its back!

Top items on my wish list when I was a child: an Easy-Bake Oven & a Dog! When I was a wee lass, my mother taught me how to bake cookies, pies, and cakes, so of course the first thing I wanted was my own oven, and voila! One day under the Christmas tree I unwrapped an Easy-Bake Oven. Thus began my love of cooking. The next thing I wanted was my own dog. That took a bit longer, but one day in my early teens I was rewarded with a beautiful, cuddly white Samoyed puppy and I named her Frosty. I miss Frosty and my Easy-Bake oven, but I’ll still be cooking up a storm this holiday season and remembering my beloved first pup. 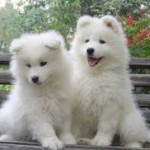 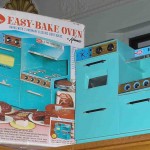 When I was a child, the number-one item on my list every year was the same as it is today: books. Christmas wasn’t Christmas without a stack of books in my pile of gifts. And Santa (who knows everything) always brought my favorites—mysteries with a touch of teenage romance.

Santa brought me Mrs. Beasley for my fourth Christmas. I had wished for this special, talking doll because it was the same one the little girl, Buffy, had on the TV Show, Family Affair. I remember carrying Mrs. Beasley everywhere until, one day about two years later, her poor little arm ripped right off. Luckily, my mom was crafty and she used part of the fabric from the doll’s apron to patch her up.

Katherine Fleet, author of The Secret to Letting Go

This might date me, but one of my favorite parts of Christmas was the day the Sears Wishbook catalogue arrived in the mail. My brother and I would always fight over who got to look at it first. I still remember wanting an Easy Bake Oven. The catalogue showed the beautifully decorated cakes that the little girls baked in their own tiny oven. Even then, I was obviously obsessed with cake! Unfortunately, my mom was too safety conscious and would never let me get one. Maybe that’s why the main character in my debut YA Contemporary is a baker. You can read all about Clover’s sweet romance with Daniel in The Secret to Letting Go.

The top item on my Christmas wish list when I was seven years old was the Barbie Townhouse, a three story, swanky pad with a pull-string elevator and backdrop images of curtained windows, kitchen counter, and a pool in the backyard.

And there it was on Christmas morning in 1976, under the tree assembled, its bright orange pillars, the home’s key structural element, gleaming under a sting of bulky colored lights. The townhome’s accompanying furniture was still in the box, Santa leaving me to the fun job or decorating. I happily emptied the box, spilling a pink bed, blue couch, and orange dining room table and chairs onto the carpet and eagerly placed them in their corresponding rooms.

Laura, Brandon, and Timothy, a.k.a. Barbie, Ken, and the baby I hijacked from my set of Sunshine Family dolls, entered their new home for the first time via the yellow elevator when it was time to explore the second and third floors. And after opening unwanted and unneeded packages of socks and underwear, I disassembling the eleven-inch-high family’s old house, album jackets strategically placed in a row, creating rooms with three walls and no ceilings.

Plates, silverware, and a vacuum I made from Play-Doh eventually joined the Townhome, making Laura the perfect wife and mother after working an eight-hour day as a flight attendant (yes, I also owned the Barbie Airplane).

Awe, the good ole days – no worries except deciding if Laura would wear her yellow or green bell-bottoms. During that time in my life, playing “Barbies” was my favorite thing and having a “real” home for them made it extra special.

I have a son, so I never played Barbies as an adult, sharing my special love for the Mattel dolls with a child, but I still own the townhouse and airplane. I think they are in the attic at my parent’s house. Maybe someday, I’ll find them, reminisce until my heart’s content, and then sell them on Ebay. Lol.

What was at the top of your holiday list as a child?

Did Santa bring it to you, or are you STILL waiting?

Behind the Book: The Millionaire's Revenge by Wendy Byrne

Ivy Entwined by Laura Simcox. Amazon | Barnes and Noble When Ivy Callahan returns to her hometown as…

Anyone who knows me knows I’m a huge fan of all things Jill Shalvis, and had the honor to meet her a…