A new #Ishipit to add to my list? Jamie and Claire from Outlander. Still pretty new to the show, I LOVE how finally we have a woman in charge in a historical romance. She has so many, many things to teach him (cue waggling of the eyebrows).

#Ishipit in secret? Jon and Daenerys from Game of Thrones. Pretending I know nothing about their lineage, there’s noting sexier than a man not intimidated by a goal-driven woman.

#Ishipit because it’s realistic about love triangles? Ross and Demezla from Poldark because they prove love is always messy but sometimes worth it.

#Ishipit because who doesn’t love turning a fairytale on it’s head? Princess Buttercup and Wesley from Princess Bride.

#Ishipit because real life fairytales do exist? Kate and William!

Why should you ship ROYAL ATTRACTION’s Alexandra and Oliver? 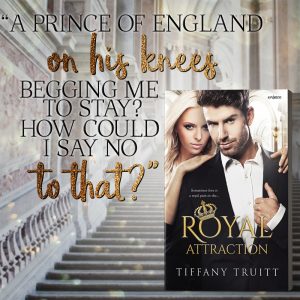 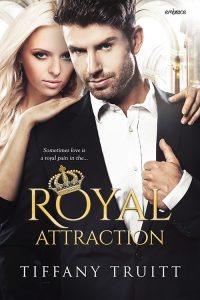 Tiffany Truitt received her MA in literature from Old Dominion University. Her debut, Chosen Ones, first in the Lost Souls trilogy, is a searing look at what it means to be other and how we define humanity, as well as a celebration of the dangerously wonderful feeling of falling in love. www.tiffanytruitt.wordpress.com

The Book of Ivy by Amy Engel   After a brutal nuclear war, the United States was left de…

It’s Tuesday, December 6th, and we have a sleigh full of amazing titles releasing today. Here&…