I am a huge movie buff. The Husband and I go to the movies at least once a fortnight. It is our date night (and yes, Date Night is one of our favourite films). I love how movies, like books, can reach right into your heart and squeeze.

I love watching characters fall in love in movies. Sometimes it’s powerful, sometimes it’s cheesy, sometimes it’s hilarious, and sometimes it’s down-right insta-love (a notion I have no problems with. I mean, look at Romeo and Juliet; the perfect example of insta-love in fiction…just ignore the fact they both… *****SPOILERS***** die at the end). So today, I’m listing for you what I think are the TOP TEN ROMANTIC MOMENT IN MOVIES. Ready?

Oh, I should point out before we get too far into this post, that I have a/ a weird sense of humour, and b/ an unusual taste in romantic movies. Full disclosure: I have not seen The Notebook, I did not go crazy gagga over Titanic, and I kinda sorta think Ghost is an over-rated romance (but that could be because Demi Moore drives me insane).

So, this is my top ten, in no particular order…

Lloyd reveals in no uncertain terms just how much he loves Diane with a boombox and Peter Gabriel. I mean, how many of you have either recreated this scene in your head, or in your backyard?

When Forrest hears Jenny calling his name, nothing but Jenny matters (which is essentially Forrest’s main state of existence anyway, but how they run to each other in their own version of the infamous Wuthering Heights scene just gets me every time)

Let’s get real here, who doesn’t know the end scene of this movie? And who doesn’t love it? Am I right?

I could put almost every Colin Firth movie on this list because every time I look at him I get all fizzy and romantic, but I went with this one because a/ the way he fumbles through the proposal is adorable, b/ I love the idea of love transcending language, and b/ I don’t like Renee Zewelleger (which is also the reason why Jeremy Maguire isn’t on this list)

Heath Ledger singing. And dancing. At school. In front of everyone. To hell with his bad-boy reputation. That’s love.

I know some people would expect me to go with the scene where Julia Robert’s character asks Hugh Grant’s character to love her back…but I think the scene where his character, William, races through the streets of London to stop her leaving, and then – in front of a room full of media – acknowledges he’s been a “daft prick” is just wonderful.

Ryan Reynolds can do no wrong (I’m pretending Green Lantern doesn’t exist) and his proposal to Sandra Bullock in The Proposal is perfect (as is his scene earlier in the movie when he’s naked. Just sayin’) And yes, I realise that’s the naked gif, not the proposal gif, but are you complaining?

The one and only time Adam Sandler could be on a romantic-scene list. He stopped a plan for her. He wrote a song for her. He loves her. Truly. 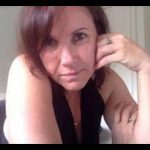 When she’s not submerged in the worlds she creates, Lexxie’s life revolves around her family, a husband who thinks she’s insane, a indoor cat who likes to stalk shadows, and her daughters, who both utterly captured her heart and changed her life forever.

Are you guys excited to see the cover for A Tale of Two Centuries by Rachel Harris? We’re exci…