I do a lot of traveling these days, not just on Tuesdays, and I’ve seen phenomenal things while underway.

I live on a 32-foot Nordic Tug called Sea Bear.

Once upon a time I married a man who liked to mess about in boats. He had a dream of cruising the waters of the Canadian Gulf Islands on the West Coast and maybe doing the Eastern United States and the rivers of Middle America when the time was right.

Three years ago we rented our wine country home in Northern California, moved onto the boat and began a once-in-a-lifetime adventure that would take us all over the United.States. It began on the West.

A Kiss of Cabernet, my debut novel for Entangled, was due for release when I had no website, no twitter account, no author Facebook page. It’s hard to put those tools in place when you’re cruising from island to island, inlet to inlet, on the west coast of mainland Canada east of Vancouver Island.

But they got done and the book came out while my lifestyle was in complete transition. When that trip ended, we shipped the boat by truck to Mobile, Ala. and prepared for an even longer, more challenging adventure.

Most people think cruising from place to place in a cozy little 32-foot boat is the good life. The truth is this is not my idea of fun.

Gut-wrenching terror ties me in knots every time the wind comes up. When in open water and the boat bumps through troughs and sprays, I wrap myself in a virtual ball and pray for deliverance to a safe harbor.

But America’s Great Loop beckoned and I was in.

Two years ago we completed that five thousand mile trip. It took us from Alabama’s Gulf Coast to Florida and all the way up the East Coast to Virginia. From there we cruised Chesapeake Bay and Delaware Bay, then on up the Atlantic Coast to New York. We continued up the Hudson to the Erie Canal, across Lake Ontario to the Trent-Severn Waterway, into Lake Huron and over to Lake Michigan. From Chicago we finished the trip down the Illinois, Mississippi, Ohio, Tennessee, and Tombigbee Rivers back into Alabama.

It took eight months and it was incredible.

It’s not an ideal lifestyle, but there are benefits. You test yourself constantly, and stretch to do things you’ve never done before. You learn to make do with very little, to make full meals out of cans, to take instant showers so you don’t use up the fresh water you carry too quickly. There are no buffets, no entertainments, no-one to hand you a cocktail when the sun goes down.

But I learned a lot during the trip and I can finally say I enjoyed the scenery and the lifestyle.

You might say my character arc has come full circle.  While I still get nervous in a rough sea, I’ve learned to enjoy the good moments and there are plenty.

We now watch the weather carefully, we stay in port when it’s too breezy, and we don’t plan long days on the water. I enjoy the sunrise because I’m an early morning writer. And while I miss being in the wine country, our trips home are even more meaningful because we’ve been away.

Swinging in a half circle at anchor, or rocking back and forth on a mooring buoy gives you a tremendous sense of peace. And you get to see places from the perspective of those who created history and settled continents because most of the time it was done by boat.

The boat is back in the state of Washington now and we will cruise the San Juan Islands and some of our favorite waters in Canada once again this summer. When the vineyard leaves turn yellow and orange, we’ll be back in wine country, just in time for fall releases.

I’m sure there will be a good glass of cabernet waiting. 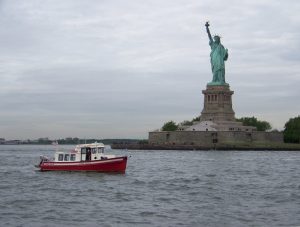 Don’t miss A Kiss of Cabernet by Pamela Gibson, on sale for only 99¢! 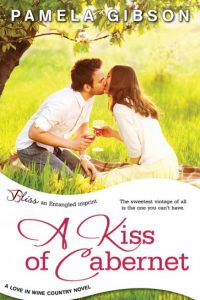 A Golden Quill finalist in the Best First Book category.

Napa Valley vineyard manager Paige Reynoso is furious. After a six-year absence, her boss—big-city entrepreneur Jake Madison—has returned, only to announce he’s selling the vineyard. Paige has always dreamed of buying Garnet Hill, which sits on land where her ancestors first settled, but without the cash, she’s out of luck. And then there’s an even bigger problem…she has a serious thing for the surprisingly tempting man who’s just destroyed her dream.

Jake’s in a tight spot. With his other business ventures struggling, he needs cash—fast. The last thing he needs is the too-lovely Paige convincing him the grapes are an effective long-term investment. Or needing Paige herself, whose spirit and heart bring his to life. But as their attraction grows, Jake knows he’s not in a position to offer her anything beyond this moment. Because Jake has a big secret…and it has nothing to do with sour grapes. 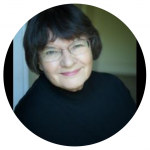 Pamela Gibson was raised in a small town in Southern California, just a short distance from the Pacific Ocean. She was fascinated by the old Spanish Mission in the center of town and grew up wandering its ruins and dreaming up stories about the people who once lived there. She began reading romance novels while waiting for the birth of her son, David. By the time her daughter, Shelley, came along, she was thoroughly hooked and wanted to write them. But life sometimes gets in the way and she put off her dream while working, first as a newspaper reporter, and then in public agencies. When she moved to the wine country, she dabbled in growing grapes and making wine, but just for fun. Today she lives on a 32-foot boat and still spends holidays in Northern California’s wine country. She writes when the sun comes up, either in a marina or at anchor. She still loves to walk on a beach barefoot while wavelets lap at her ankles, but has added warm fragrant bubble baths (not available on a boat), and chocolate (always in the galley) to her favorite things.

Learn to embrace your animal instincts.     The Gone with the Wolf blog tour kicks off tom…