Mirror, Mirror on the Wall

I’d like to say the idea of reworking popular fairy tales with erotic spins was mine. Unfortunately, I can’t take the credit. It was my editor, Candace Havens, who first came to me with the idea at Entangled’s company conference in the summer of 2015. Now that I think of it, she may have gotten the idea from someone else on the staff and passed along the notion to me. Either way, the seed of the dirty Red Riding Hood story wasn’t mine. Nonetheless, I was thrilled about the prospect of running with it. There were so many dirty ideas flashing through my head. So many ways I could twist the beloved fairy tale.

All the better to eat you with…

Yeah, I bet you know where I was going with that one. Soon after, DESIRING RED, DOMINATING RED, AND DANGEROUSLY RED were written and off to the e-retailers. It’d barely been a week after I’d turned in the last installment in the Red Riding Hood serial when Candace Havens once again came to me, asking which fairy tale I wanted to tackle next. While the story of Goldilocks (with a bear shifter hero) was definitely appealing, something about the story of Snow White gripped my muse and wouldn’t let go. I loved the thought that she was innocent and sweet, and being seduced by the Alpha werewolf huntsman when she should’ve been falling for Prince Charming. A few months after wrestling with the threads of the plot, I finished SNOW’S SEDUCTION, SNOW’S SUBMISSION, and SNOW’S SURRENDER. I’m so pleased with how they turned out, and I can’t wait for readers to get their hands on the entire series.

I’m often asked whether it’s easy to rewrite something that’s already been done. I can’t speak for everyone, but I found it incredibly difficult. These tales are classics; they’ve withstood the test of time for a reason. If I was going to make a solid attempt, I needed the core of the story to remain the same, but all the details to be completely different. (Doesn’t make sense, does it? That’s the mind of a writer for you!) Using Red Riding Hood and Snow White as a loose guide, I crafted my own story, but hinted at things that showed in the original, or added silly little threads that should make you grin. My retellings should be unique enough to take you on a familiar ride, but scorch your e-reader. They should transport you to a different place and time—one filled with Alpha werewolves, fanciful lore, castles, over-protective stepmothers, and most of all, happily ever afters that’ll make you swoon. 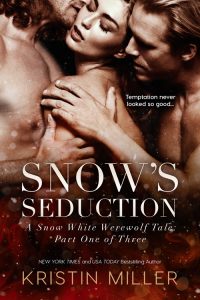 Hair black as a raven’s coat, skin as white as snow, lips as read as, blabitty-blah, blah, blah. If one more person calls me sweet and innocent, I’m losing my head.

I’ve got more pressing matters to think about. Like the fact that our wolf pack is in serious debt. If I can’t find a way to secure financing for our estate, we’ll lose our shifting sanctuary. My stepmother—wonderfully wicked as she is—has come up with a plan: seduce a rich jeweler who’s visiting for the weekend. And then, when he agrees to bond with me and make me his forever, we’ll be saved. Not such a bad deal, considering he’s crazy hot, and I’ve had a crush on him forever.

One problem: I’m not a temptress, not by a long shot. It’s a good thing my childhood best friend, Hunter, has come back into the area. He’s always been a playboy and knows how to get what he wants. He agrees to teach me the rules of seduction, but before long, I realize I’m the one being played. 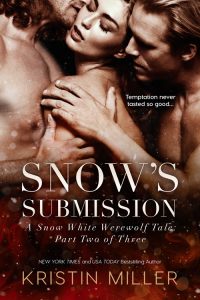 I used to be sweet and innocent…but that was until Hunter put his hands on me. Now, my body craves his, and we’ve crossed the point of no return.

My stepmother demands that I seduce a rich jeweler to secure our fortune, and under normal circumstances, I wouldn’t mind. He’s hotter than hell, I’ve been crushing on him for years, and after catching Hunter pleasuring me over the hood of his car, he wants me too.

There’s only one problem: now that I have Malcolm’s attention, I’m not sure I want to leave Hunter’s arms. 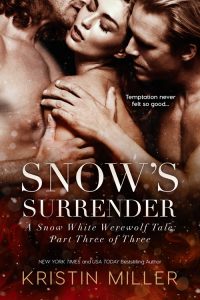 Time is running out…

I have to choose between Hunter, my best friend turned lover, and Malcolm, the jeweler who wants to pleasure me senseless. There’s too much at stake to screw up now. If I choose Hunter, the pack will lose the only home its ever known. Selfishness isn’t exactly the beaming trait of an Alpha, and I long to rule someday. But if I make the smarter choice, the one that will save us all, I’ll be betraying my heart.

Hunter taught me the rules of seduction. Only he taught them too well and I’ve fallen hard for the wrong guy… 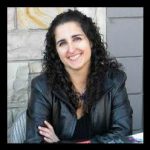 New York Times and USA Today best-selling author Kristin Miller writes sweet and sassy contemporary romance, romantic suspense, and paranormal romance of all varieties. Kristin has degrees in psychology, English, and education, and taught high school and middle school English before crossing over to a career in writing. She lives in Northern California with her alpha male husband and their two children. You can usually find her in the corner of a coffee shop, laptop in front of her and mocha in hand, using the guests around her as fuel for her next book.

The Love Potion (Part One) by Juliette Cross