Being an author of dystopian and sci-fi romances, I am often asked about my favorite sci-fi couples. Of course, I could go on and on about some of the many popular favorites, such as Ron Weasley and Hermione Granger’s with their long-awaited kiss in the Harry Potter series, the romance of a mortal man, Aragorn, to the immortal Elvish princess, Arwen, in The Lord of the Rings, and Daenerys Targaryen and Khal Drogo’s twisted meet that turned into true love in Game of Thrones, but one of my favorite couples never actually became a couple.

That’s because their romance wasn’t a romance. This romantic pairing in the realm of science fiction took place “where no man has gone before,” and it was forced by telekinesis.

I’m referring to the kiss between Captain James T. Kirk and Lieutenant Uhura in the “Plato’s Stepchildren” episode of Star Trek: The Original Series first broadcast on November 22, 1968. Their kiss is one of the first examples of a scripted inter-racial kiss on American television.

In an attempt not to anger viewers in the South, the kiss took place with the actors’ heads turned away, so the lip-on-lip action was implied and not seen, but this was a big first-step in the industry when it came to inter-racial couples on television.

At one point during negotiations between NBC executives and Gene Roddenberry, it was suggested that Spock kiss Uhura instead, since Spock being Vulcan, the scene would be less offensive, but William Shatner insisted they follow the intended script. In addition. two scenes were filmed, one where they kissed, and one where they didn’t, but after the first version was shot successfully, Shatner and Nichelle Nichols (Uhura) purposely messed up each take, forcing the producers to stick with the original “kiss” scene.

It’s hard to believe that less than fifty years ago, an inter-racial kiss was considered so controversial and much thought was taken into producing such a simple scene. But the outcome was amazing. After the episode aired, fan mail, one of the largest batches the show ever received, was overall positive, with few viewers finding it offensive.

The kiss was involuntary and barely captured, but it opened the door to many more. The director, producers, and cast took a risk, and it paid off in more ways than many thought possible. Because of this, the “Kirk/Uhura kiss” remains high on my list when it comes to sci-fi couples. Even though it only lasted a few second, those seconds made a difference. 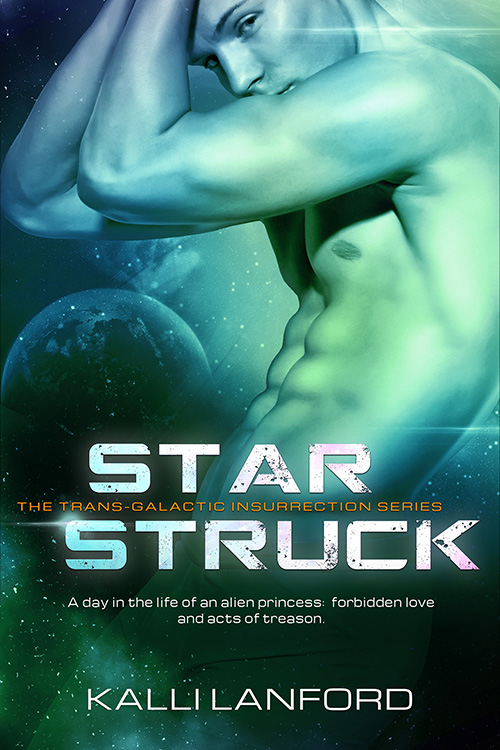 My father, the king, has condemned my friend Lestra to death for treason, and I’ve joined with her brother Slaine, the most beautiful male Enestian I’ve ever seen, to save her. Although even being seen with him is forbidden, for Lestra and the promise I made to my brother, I’m willing to take the risk. But time is short, and if we’re caught, we’ll be labeled traitors and executed.

To enlist help for our daring rescue, Slaine leads me into a dark, dangerous underworld where an uprising against the crown is brewing. And if the rebels discover I’m Princess Murelle, even Slaine’s status as a commander and vow to protect me with his life might not save me.

A native of San Diego, California, I grew up hanging out at the beach, playing sports, and eventually attending San Diego State University where I earned my bachelor’s degree in English and master’s degree in education.  When I’m not nerding out at San Diego Comic-Con or watching Star Wars and The Lord of the Ring’s movies for the umpteenth time, I can be seen doing normal people stuff like cooking delicious meals for my family (I attribute all of my culinary skills to the Food Network) and attending my son’s football games.  In my spare time, I write new adult fiction, my biggest passion, and love listening to hard rock music and going to concerts.  I hope to live long and prosper, and that you will, too.

#CoverReveal: The Wrong Kind of Compatible by Kadie Scott