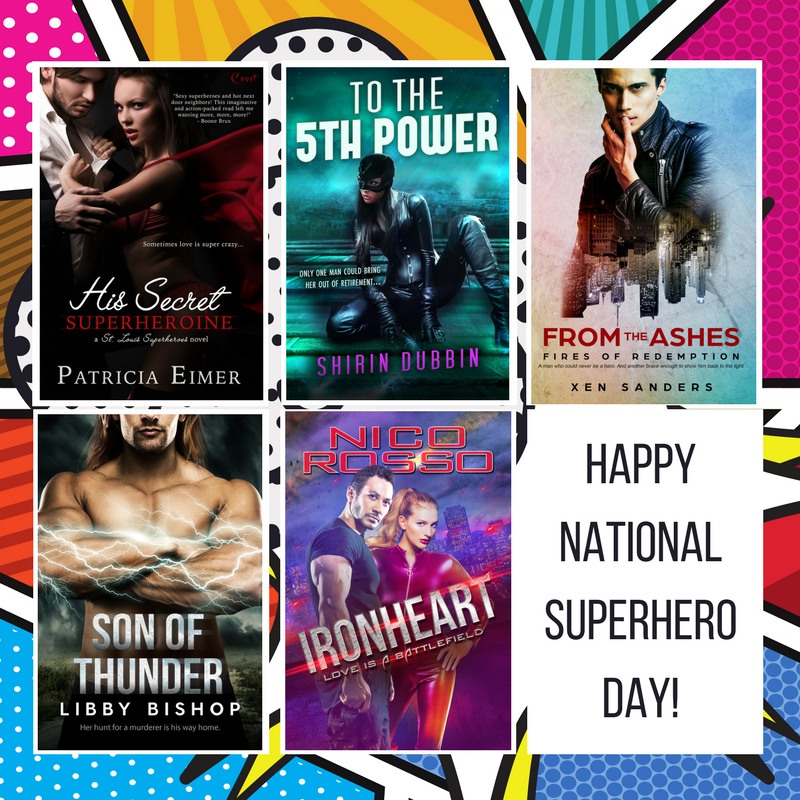 Today is #NationalSuperheroDay, the day for all to take a break from reality in order to recognize both fictional superheroes an the real superheroes in our life. So in honor of the holiday, we’ve created a list of romances for the superhero-obsessed reader!

His Secret Superheroine by Patricia Eimer 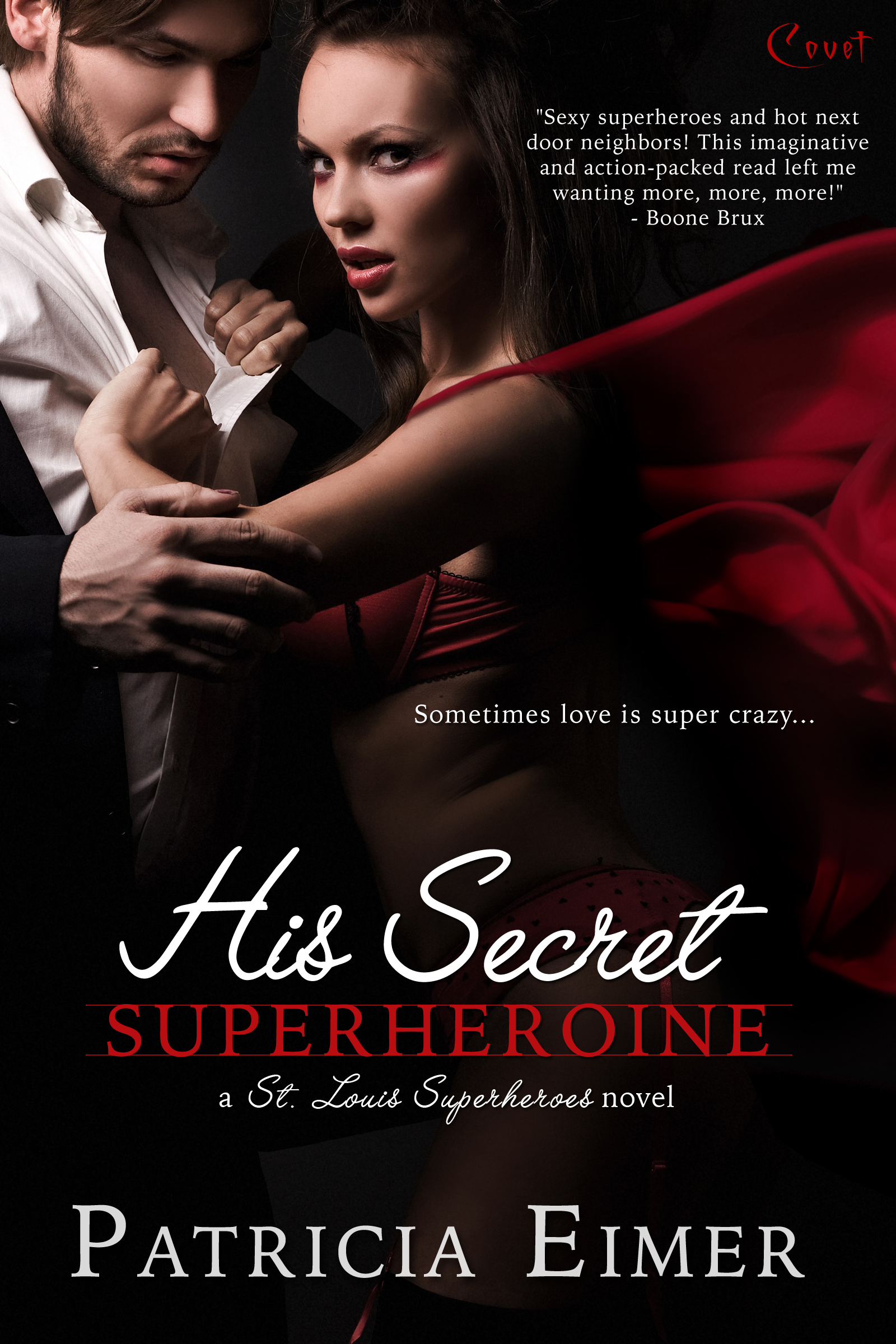 All kindergarten teacher Peyton Pearson wants is a nice, quiet life. Unfortunately, quiet isn’t something she’s had a lot of after tainted medicine turns her into a superhero. She’s single, and saving the city from criminals—which is increasingly dangerous as the anti-superhero movement in St. Louis gains traction. Then there’s her hot next door neighbor who makes her think super-dirty thoughts, and has no idea who she really is.

Police officer Dylan Wilson is trying to make the world safe by working to unmask all superheroes. When his sexy neighbor, Peyton, is evicted, Dylan offers her his spare room, unknowingly opening his home—and his heart—to the city’s most reluctant superhero.

Can love survive when the masks come off?

From the Ashes by Xen Sanders 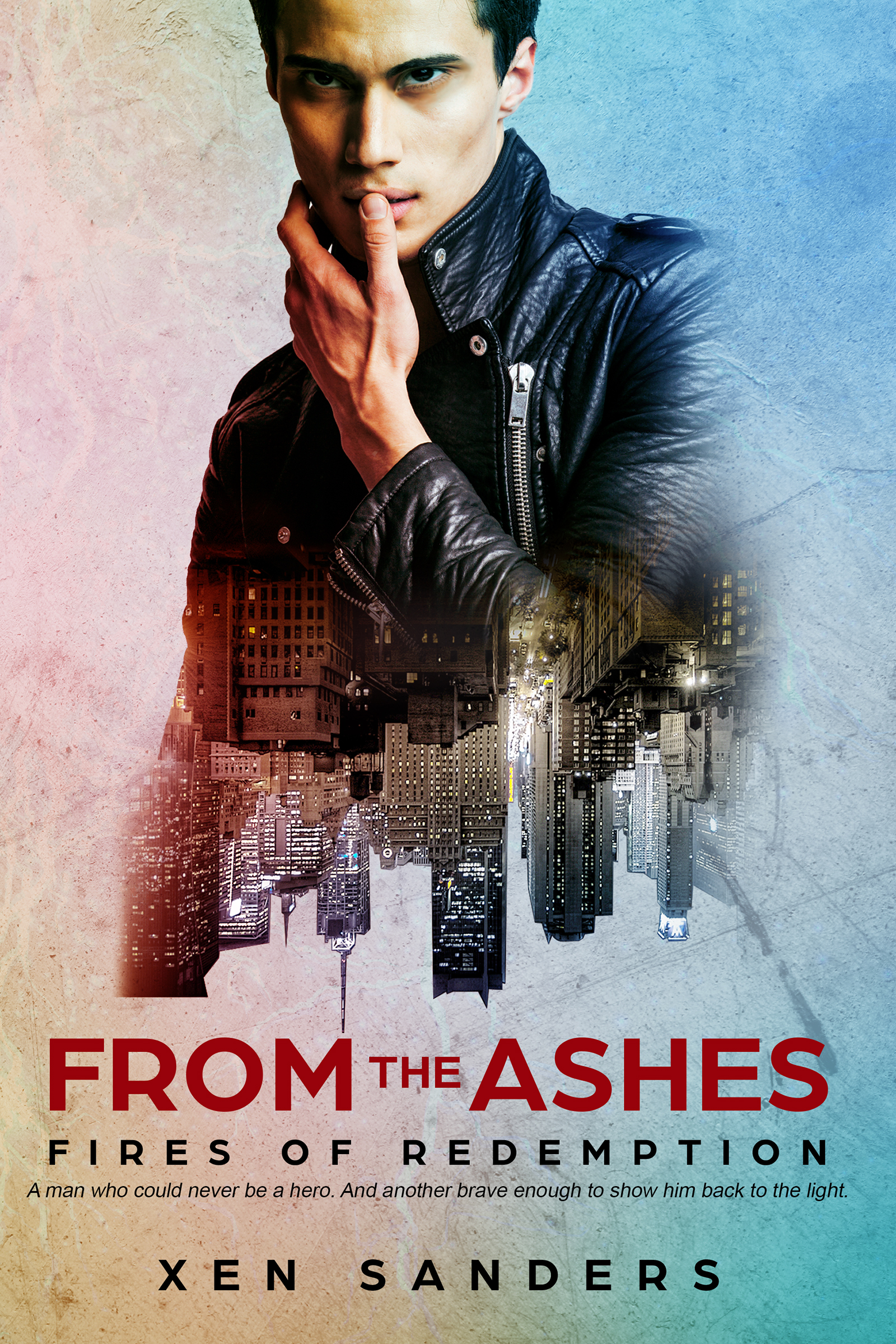 Monster, devoid of morals, incapable of human emotion. The villain known as Spark has been called this and more, and as a super-powered aberrant has masterminded countless crimes to build his father’s inhuman empire. Yet to professor Sean Archer, this fearsome creature is only Tobias Rutherford–antisocial graduate researcher, quiet underachiever, and a fascinating puzzle Sean is determined to solve.

But one kiss leads to an entanglement that challenges everything Tobias knows about himself, aberrants, and his own capacity to love. When his father orders him to assassinate a senator, one misstep unravels a knot of political intrigue that places the fate of humans and aberrants alike in Tobias’s hands. As danger mounts and bodies pile higher, will Tobias succumb to his dark nature and sacrifice Sean–or will he defy his father and rise from the ashes to become a hero in a world of villains? 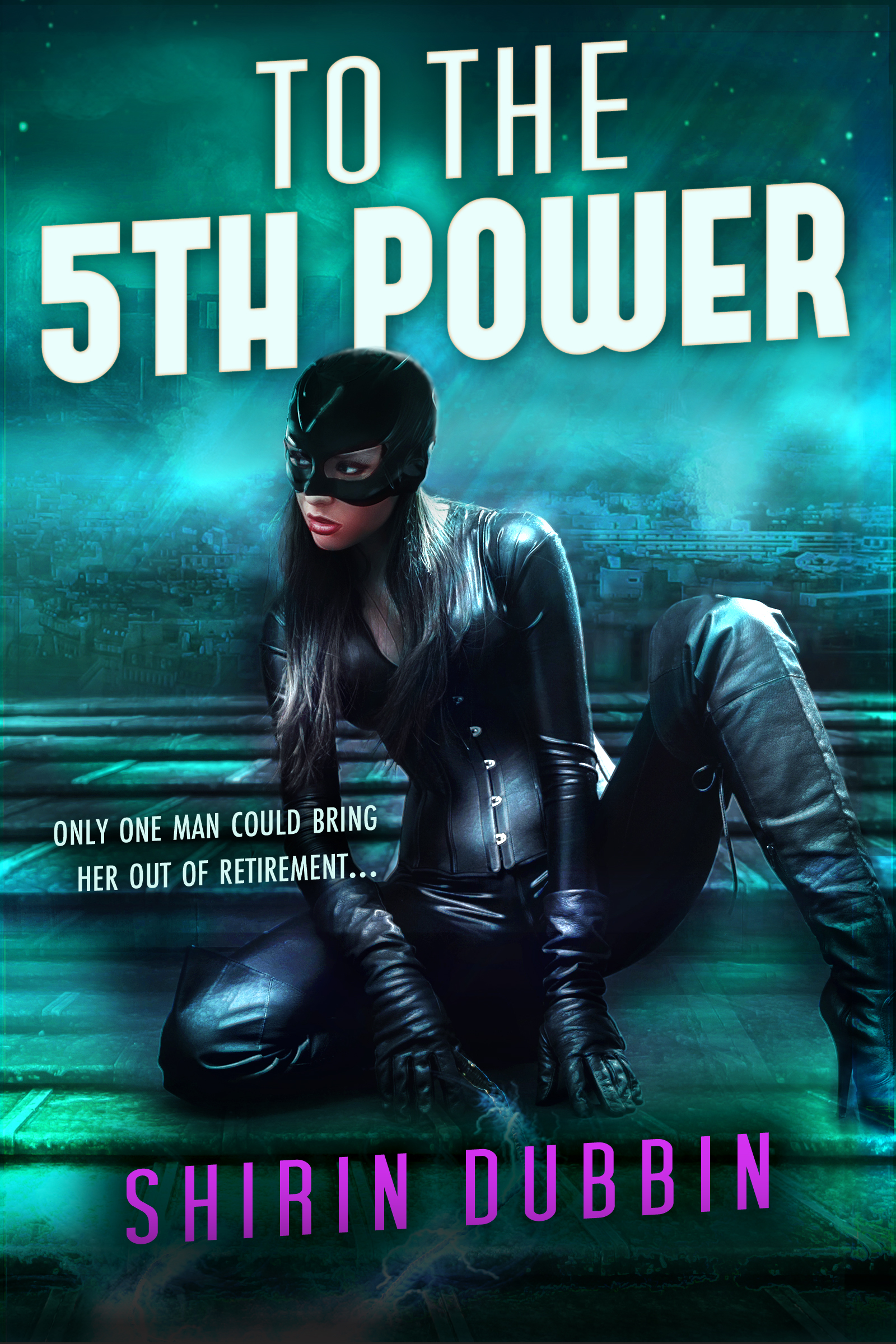 Only one man could bring her out of retirement.

Three years ago, Zola Noite’s nemesis killed her sidekick and forced her to watch. The guilt drove her to hang up her cape. Zola knows one thing for certain, as a result. She will never be a superhero again.

Psychologist Dr. Arturo “Fort” Forte specializes in super-powered mental health. He’s the only reason Zola can once again call herself sane—although, truth be told, the heat between them is slowly driving her back to mad.

When three mega-villains escape the prison Fort oversees, all Zola’s best laid plans go up in flames. Fort asks her for help, and she can’t turn down the man she’s come to love. As battles ensue and clues add up, the one thing Zola trusts is called into question: Fort’s true agenda and which side he’s on.

Ironheart by Nico Rossi, only 99¢! 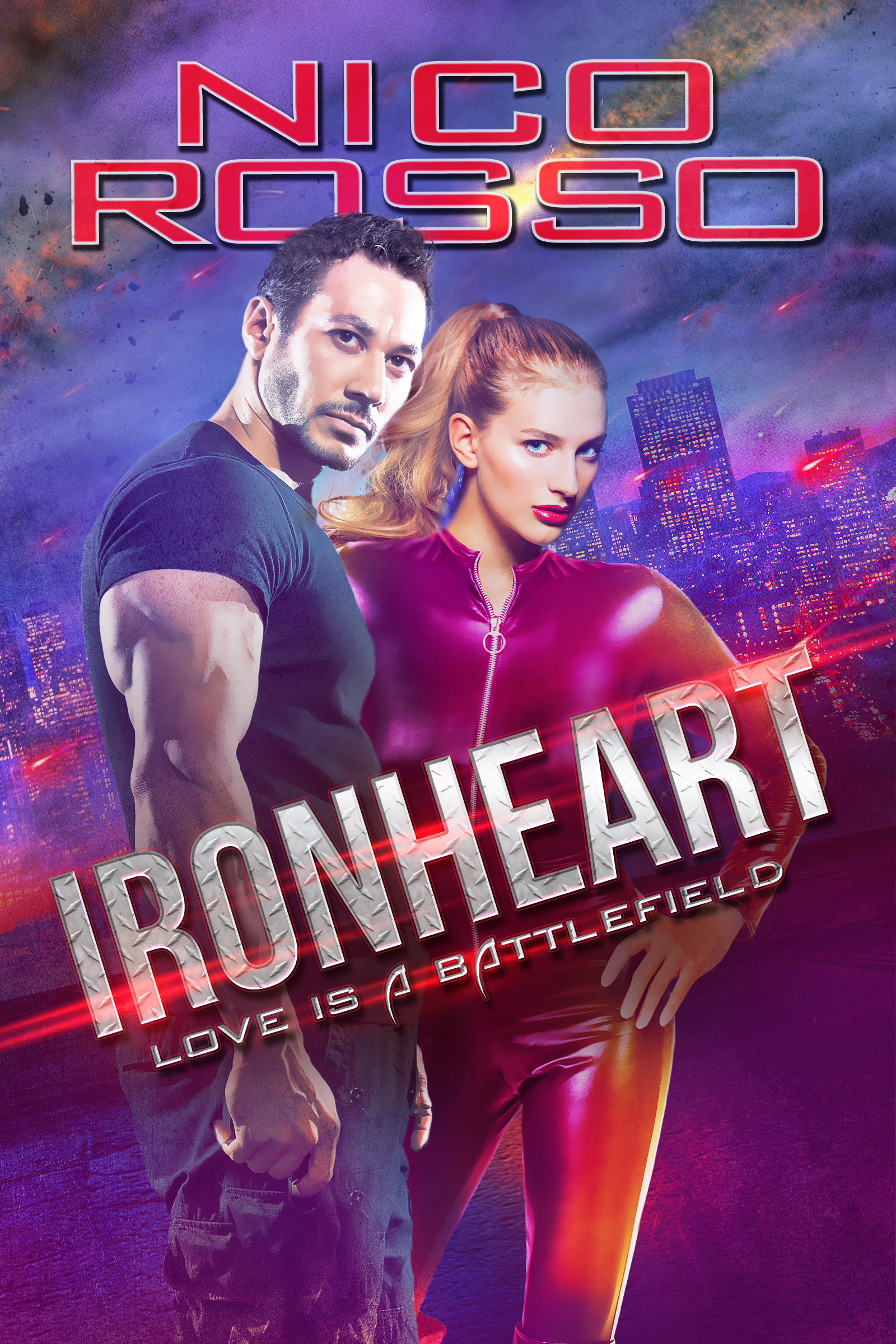 Superhero Vince The Anvil can take on knives, bullets, and bombs, but he’s not invincible. It was a hard hit when Kara, AKA Snapdragon, flew off after their explosive affair. And he’s especially vulnerable when she returns, looking for his help. Kara is new to the superhero game, and villain TechHead is too much for her and her teammates to handle. He’s determined to use their combined power to fuel his ultimate weapon. Her only chance to take him on is with Vince’s brutal skill. But bringing Vince into the fight leaves her exposed to the white hot passion that had scared her away in the first place. When TechHead captures Kara, Vince will stop at nothing to rescue her–even if it means sacrificing his heart.

Son of Thunder by Libby Bishop 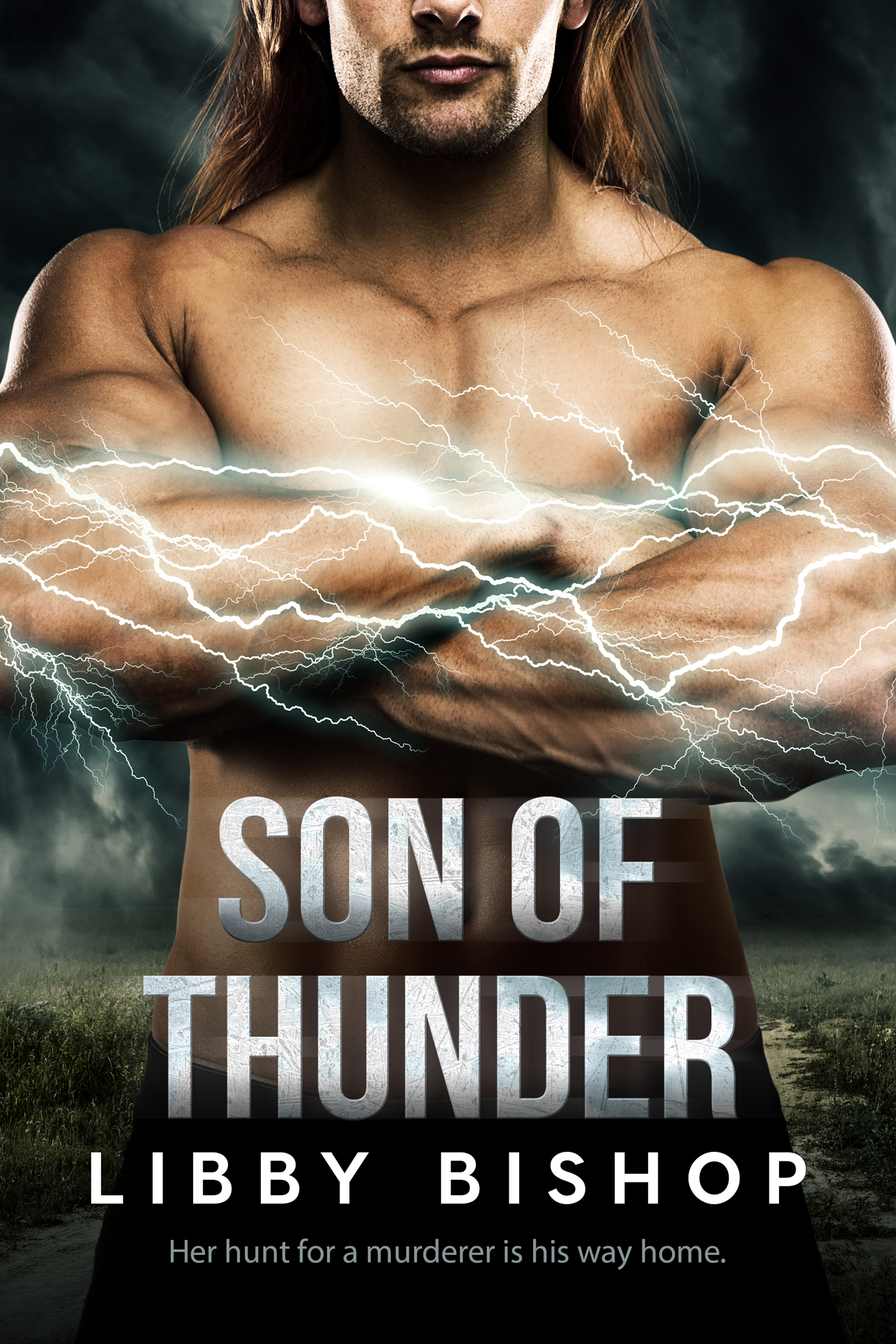 Her hunt for a murderer is his way home.

Rune is the grandson of Thor, and just as strong. Exiled to the realm of Earth for nearly killing his brother–it was a little misunderstanding– he has to find a way to redeem himself so he can get back to Asgard. And when he lands—literally—in the bed of a fiery redhead with an FBI badge, he realizes that she may be the key to going home. But helping Liv hunt a killer has one big consequence—chemistry. He can’t keep his hands off her, and there’s no way they can ever be together.

Six years ago, FBI Special Agent Liv Winter’s best friend was murdered. Since then, she’s taken a two-week vacation around the anniversary of the death to try and solve the case. She’s used every available resource. Yet, her friend’s killer is still on the loose. She refuses to give up—willing to do almost anything to bring the person to justice.

Apparently, almost anything includes trusting a god. And while she might need Rune’s help with her case, there’s no way she’ll ever trust him with her heart.

Who is your favorite superhero? Tell us in the comments!

Do you love Romance Suspense? We’ve put together a FREE Sampler from all of our books to give …