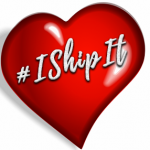 Historical romance is in a class by itself for gorgeous romantic scenes: heart-throbbing kisses, beautiful dresses, and swoon-worthy stares. Though, it’s always better in our imagination while reading a great book, here are a few of our favorite movie and television #IShipIt clips.

1) Kiera Knightley and Matthew Macfadyen as Elizabeth Bennet and Mr. Darcy in PRIDE & PREJUDICE. The tension between these two is so intense I practically get heart palpitations watching them. When they finally kiss, it’s like the earth stops.

2) Michael Fassbender and Mia Wasikowska as Mr. Rochester and Jane Eyre in JANE EYRE. Mr. Rochester is so tortured, dark, and broody, and I love the palpable, smoldering chemistry between them.

3) Sam Heughan and Caitriona Balfe as Jamie Fraser and Claire Randall in OUTLANDER. Their attraction is sizzling. Literally, clothes and morals combust everywhere whenever these two get it on.

1.) Mr. Thornton and Margaret Hale from the BBC’s NORTH & SOUTH take the cake for best kiss at a depot. Okay, best kiss anywhere, anytime! Richard Armitage should, in my opinion, play every brooding historical fiction hero ever written. Excuse me while I melt.

2.) Hawkeye and Cora’s waterfall moment in THE LAST OF THE MOHICANS is a close, close second. This is one of my all-time favorite movies, and this scene always gets my heart throbbing.

3.) While I adore Matthew Macfadyen in everything, I love Colin Firth as the rigid, pompous, and yet completely adorable Mr. Darcy most. Just look at his face in this clip!! Also, the 1995 version of PRIDE & PREJUDICE is also six hours long instead of two, and so I get more time in Jane Austen’s world.

4.) Liam Neeson in the movie adaptation of Edith Wharton’s novella, ETHAN FROME, is the epitome of a tragic, lovesick hero. This is not a Happy Ever After story, but Ethan’s love for the young and totally off-limits Mattie gets my heart every single time. 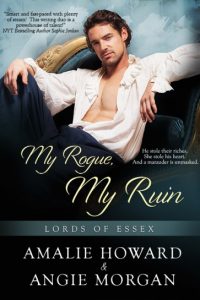 He stole their riches, she stole his heart.

The cold and aloof Marquess of Hawksfield is the worst peer in London. He has no friends, no fortune, and no time for fools. The dissolute ways of the ton disgust him. But when Archer assumes the identity of the mysterious and devilish Masked Marauder, he is free to do as he pleases.

Sheltered heiress Lady Briannon Findlay is a wallflower, and prefers it that way. Until she meets the nefarious Masked Marauder, a gentleman thief waylaying carriages from London to Essex, who awakens sensual impulses she never knew she had. Provocative and darkly attractive, his artful seduction leaves her wanting more.

When Brynn discovers that Archer and the Masked Marauder are one and the same, trust and attraction collide. But after a murder is committed by an imposter marauder, they must risk everything to find the real killer…including their love. 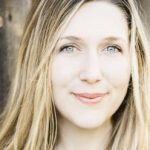