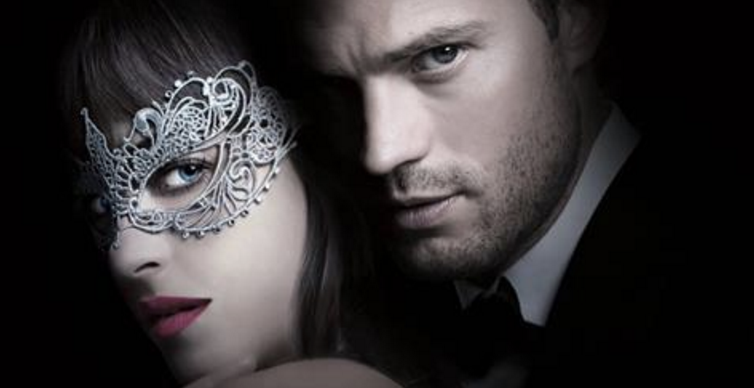 Fifty Shades Darker is here and Twitter is hopping. Check out some of the sexiest, funniest, and just plain wrong tweets so far:

Isn’t this all for frustrated middle aged housewives? #FiftyShadesDarker

Just one second now, we aren’t middle aged…although we may be a bit frustrated.

The only thing from #FiftyShadesDarker that stuck with me is that Christian mysteriously had Anastasia’s bank account information ??

Really? That’s the ONLY thing that sticks with you? Not sure how we feel about this.

How is one expected to work after 2 hours of Mr. Grey? ?#FiftyShadesDarker

Agreed! There should be like a Fifty Shades work holiday. Why isn’t this a thing?

Omg! #FiftyShadesDarker was amazeballs!!!! 10/10 especially for that slap Grace ? Going again on Tuesday ?

Now we’re talking. Two times in one week? Christian must be bringing his “A” game.

It’s getting hot in here…

people at work keep asking me about #FiftyShadesDarker and i just stare at them like ???

This might explain the look a certain publicist’s face today…

Is there a unicorn too?

I think she wants sex. I could be wrong. #FiftyShadesDarker

Wait…there’s sex in this movie?

I love this. A room full of girls dressed up and enjoying their time together. So much laughter. #FiftyShadesDarker

@entangledpub nooo sorry☹️ I’ve been waiting too long since I read the books?❤

When you hit rock bottom because you don’t have a ticket and no one will share…???

I opted to go see #FiftyShadesDarker instead of going to my son’s Valentine’s Day party. Worth it!

Our new hero! (Because you know it’s what we all want to do, but are too afraid to admit it.)

Seems like nearly woman I know is watching #50ShadesDarker tonight and I’m at home eating my weight in chocolate #MrGrey #Anastasia ? ??

Can we do both?

To sum it all up…

Are you going to see Fifty Shades Darker this weekend? Tag us on Twitter with your thoughts on the movie or your pictures of a night out!

Behind the Book: A Millionaire at Midnight by Naima Simone

To paraphrase Steel Magnolia “take a whack of” Ouiser Boudreaux, if you’re going to read in bed, you…