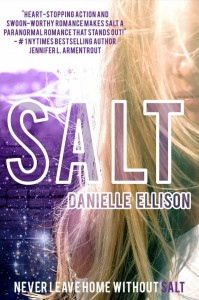 Penelope is a witch, part of a secret society protecting humans from demon attacks. But when she was a child, a demon killed her parents—and stole her magic. Since then, she’s been pretending to be something she’s not, using her sister’s magic to hide her own loss, to prevent being sent away.

When she’s finally given the chance to join the elite demon-hunting force, Penelope thinks that will finally change. With her sister’s help, she can squeeze through the tests and get access to the information she needs to find “her” demon. To take back what was stolen.

Then she meets Carter. He’s cute, smart, and she can borrow his magic, too. He knows her secret—but he also has one of his own.

Suddenly, Penelope’s impossible quest becomes far more complicated. Because Carter’s not telling her everything, and it’s starting to seem like the demons have their own agenda…and they’re far too interested in her.

When she’s not writing, Danielle is probably drinking coffee, fighting her nomadic urges, watching too much TV, or dreaming of the day when she can be British. She is the author of five upcoming novels and you can find her on twitter @DanielleEWrites.

Where You’ll Find Me by Erin Fletcher 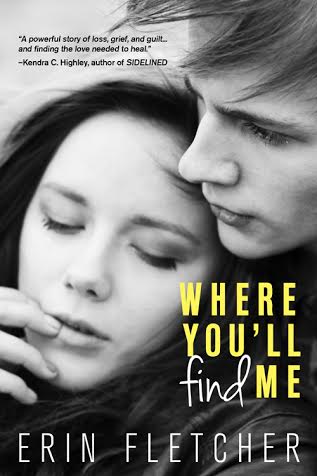 When Hanley Helton discovers a boy living in her garage, she knows she should kick him out. But Nate is too charming to be dangerous. He just needs a place to get away, which Hanley understands. Her own escape methods—vodka, black hair dye, and pretending the past didn’t happen—are more traditional, but who is she to judge?

Nate doesn’t tell her why he’s in her garage, and she doesn’t tell him what she’s running from. Soon, Hanley’s trading her late-night escapades for all-night conversations and stolen kisses. But when Nate’s recognized as the missing teen from the news, Hanley isn’t sure which is worse: that she’s harboring a fugitive, or that she’s in love with one.

Erin Fletcher is a morning person who does most of her writing before sunrise while drinking excessive quantities of coffee, believes flip-flops qualify as year-round footwear, and would spend every day at the beach if she could. She has a bachelor’s degree in mathematics (which is almost never useful when writing books) and lives in North Carolina.

You’re Not the Boss of Me! by Nancy Fraser

Do you ever wish that your book friends could be real friends? We sure do! In honor of National Best…

One of my favorite couples is Harry and Geraldine from Vicar of Dibley. It’s a British…