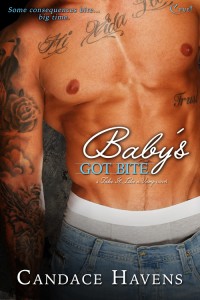 One of the reasons I love writing for Covet, is it’s just a touch of paranormal in what would otherwise be a normal romance. I like the idea of magic or paranormal creatures being a part of our world. I wouldn’t mind having a few vampire friends (as long as they weren’t too friendly with the bloodsucking) or a werewolf friend or three.

But I like the fact that the paranormal part of the Covet stories is often a metaphor for something in real life. Many times these characters have to deal with the same problems/crazy relationships we do, but they have that added bit about being different. Feeling alienated in some way because they’re different–even if they belong to a pack. I think that’s something to which we can all relate.

Have you ever been in a room full of people and felt alone? But what if you were also worried about changing at the full moon, or the smell of the blood from the meat platter at the party is making you a bit fangy? I always thought if I had magical abilities, that everything would be better. But would it? There’s a balance with the universe and you can’t really use magic for self gain, without having some kind of blowback. (Or at least that’s what I’ve read.) 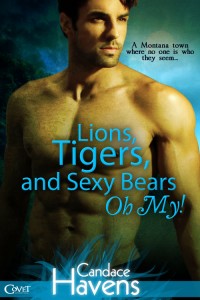 I love these stories. I really do. Whether he’s a billionaire business owner who is a werewolf, or a bear shifter who owns a pub, we love our Alphas on Covet. I always wonder what would happen if I found out my husband was a bear shifter. That’s how I ended up with one of the funniest scenes I’ve ever written. It’s in “Lions, Tigers, and Sexy Bears, Oh My. She ends up in the pantry and does something really funny. It’s after she finds out the guy she has the feelzzz for, is a bear shifter. I always wondered what my reaction would be to something like that. It ended up in that book.

Again, that’s what I love about Covet. Taking a normal romance and giving it that little paranormal twist.

Do you have a favorite paranormal romance? Or a favorite scene from one of our Covets? I’d love to hear about them.

Find purchase links to all of our Covet titles, on sale for just 99¢ this week only!

Finding the Para in the Normal with Zoe Forward

As summer rolls in Downunder, I’m really excited for the wedding season. I’ve been hunting ou…

Hi I’m Talia Hunter. I live in New Zealand, and down here in the Southern Hemisphere we celebrate th…