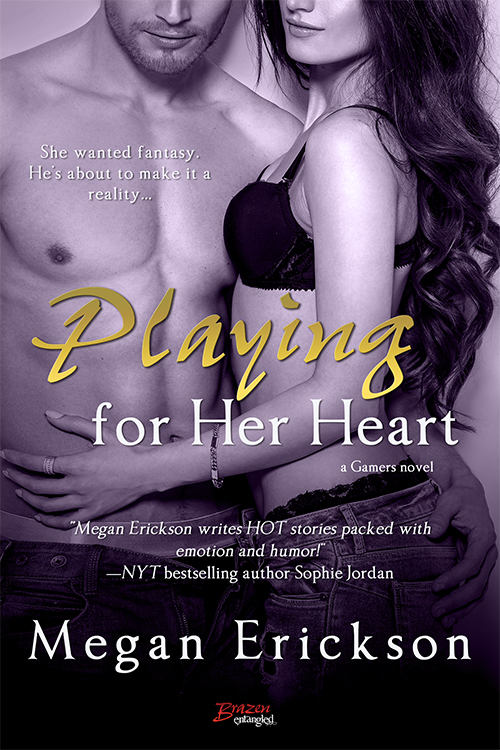 Megan Erickson turned up the heat in Changing His Game and now she’s back with Playing for Her Heart.  We hope you love the cover as much as we do.

About Playing for Her Heart:

Grant Osprey just had the hottest sex of his life. Sure, they were both in costume, and yes, it was anonymous, but he never expected her to bolt in the middle of the night without so much as a good bye, let alone exchanging numbers. Or names. All he’s left with are her panties and some seriously X-rated memories…until he meets his business partner’s little sister.

Only Chloe Talley isn’t the bold, sexy vixen he remembers. And she wants nothing to do with him.

Cosplay is Chloe’s only chance to leave her boring, socially awkward world behind. To forget that she’s failing at life and can’t be with anyone, let alone a single-father like Grant. But the raw hunger between them is undeniable. With him, she can be a misbehaving maid. A sexy call girl for hire. Each scene pushes Chloe beyond her strict boundaries, until Grant demands the one character she can’t play.

Find it on Goodreads

Behind the Book with Samantha Bohrman

I ship lots of characters. I can’t help it. I love cannon ships and fan created ships …